During the past week saw soil temperatures increase enough to allow corn germination as far north as Interstate 80. As a result, corn planting progress is picking up in much of the Midwest. Also helping out the situation last week was an increase in days suitable for fieldwork. Although planting still trails average in all states except Missouri, this could change in a hurry, given favorable weather conditions.

There will be a moderate to heavy rain event moving from west to east across the Midwest during midweek, which will cause some planting disruptions. However, given the strong early-May sun, conditions can improve rapidly once drier weather returns.

The northern Midwest continues to see little corn planting due to cold soil. However, we would expect to see some increase in planting during the next seven days as temperatures rise. Some early soybeans have been planted across the central and southern Midwest. The weather patterns continue to look quite favorable for developing crops with no dry areas to speak of.

Northern Plains soil temperatures are just now becoming warm enough to support spring wheat germination. Planting is well-behind average in all states. Some switching of acreage from spring wheat to corn and soybeans is expected. No significant precipitation is forecast during the next week, which should favor planting once soil temperatures are high enough to support germination, which is probably still another 10 days away for corn.

In the Southern Plains, the hard red winter wheat crop continues to suffer from dryness, especially in western areas. Crop ratings remain quite poor in Kansas, Oklahoma and Texas; more than half the wheat in these states is rated "poor" or "very poor." What comes as a surprise to me is the fact that crop progress is running well-behind normal in Oklahoma and Kansas. Normally in a drought, with the crop being stressed, development would be running ahead of normal. However, this spring with the tendency towards cool weather, crop progress has lagged. This may be a positive situation if some significant rains arrive soon, as the crop will be able to better take advantage of this moisture. However, little if any significant rainfall is expected during the next seven days.

Finally, the situation with second-crop (safrinha) corn in central Brazil is becoming more interesting. After a very active and prolonged rainy season, the weather has turned much drier during the past week to 10 days. Along with this dryness, some hot weather have also been noted. We are now clearly depleting soil moisture for the safrinha corn crop.

With indications that as much as 50% of the crop has yet to pollinate, some reduction in crop production is being talked about extensively. It appears that the Brazil dry season has quite quickly become well-established. Prospects for the total Brazil corn crop to show a reduction on the order of 15% to 20% compared with last year are increasing. 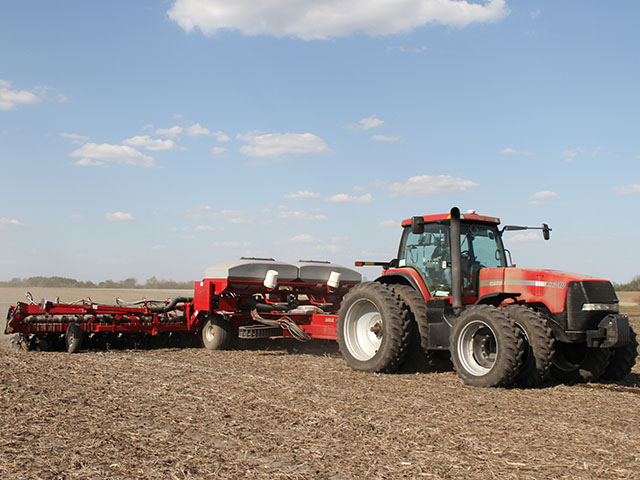