We have entered another period of increasing stress on crops in central Argentina, with temperatures in the low to middle 90s Fahrenheit and little rainfall.

We have seen this same situation a couple of times before during the growing season, but each time it has been followed by some timely rains and cooler weather. However, the situation this time may be different. Weather forecast models have been consistent all week in indicating that the only chance of any showers and thunderstorms during the next week to 10 days will be on Jan. 20, with amounts only in the range of 0.25 to 0.75 inch, with locally heavier. This will not be enough to end crop stress, with the potential for some crop losses as we enter the critical filling month of February.

Meanwhile, La Nina conditions have strengthened in the equatorial eastern Pacific during the first half of January, adding further support to drier conditions in central Argentina. Eastern Pacific sea surface temperatures for the first half of the month were minus 1.2 degrees Celsius versus normal. This represents a cooling of a full half degree Celsius from the end of December. The Australia Pacific atmospheric measurement known as the Southern Oscillation Index (SOI) is also showing a hint of moving into La Nina values, with readings of plus 12 to almost plus 26 over the past 10 days.

Farther north in Brazil, warmer and drier conditions have favored maturing soybeans and the early harvest in central Brazil, but have increased stress on filling crops. We do expect to see a return to a more active rainfall pattern later this week into next week. This will ease stress to filling soybeans but may disrupt the early harvest. In southern Brazil, favorably wet weather for developing and filling soybeans through the weekend looks to be followed by drier weather next week. 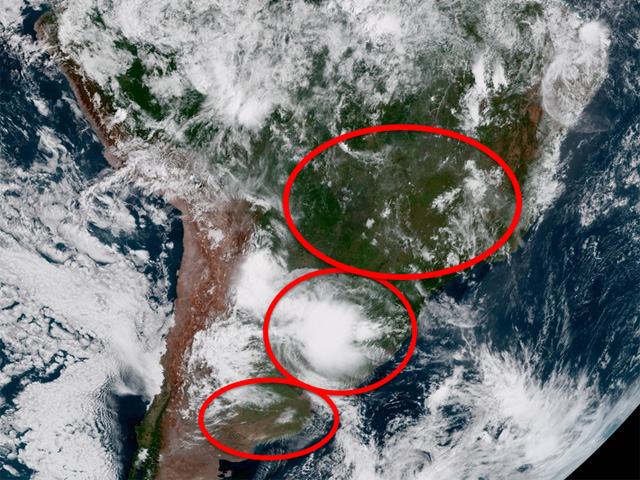