A La Nina sea surface temperature and barometric pressure event in the Pacific Ocean appears to be established and making its impact on weather patterns, notably in the Southern Hemisphere. Sea surface temperatures in early December are consistently running from 1 degrees to 2 degrees Celsius (2 degrees to 4 degrees Fahrenheit) below normal. Those consistent cooler temperatures are details associated with La Nina. At the same time, the Pacific Basin barometric feature known as the Southern Oscillation Index (SOI), comparing the pressure differences between the island of Tahiti and Darwin, Australia (far northern Australia), has values on Dec. 1 of: 30-day average +10.40; 90-day average +9.20; and a daily reading of +21.57. Those values are also La Nina numbers. (The SOI La Nina category threshold is +8.0.)

La Nina is associated with drier crop weather in Argentina and with wet conditions in Australia. We are seeing those two features in action in early December. In Argentina, the central Crop Belt received some useful rain during the end of November, especially in the state of Cordoba, which is located on the western side of the major crop region. Rainfall totaled from .3 to 1.5 inches, and heavier locally. A few more showers were noted at the end of the week. However, the pattern looks drier during next week. The trade concern is that a drier trend could be accompanied by heat just as the Southern Hemisphere crop season goes into its version of summer --December is the equivalent of June in the Southern Hemisphere.

As to Australia, La Nina events have a high relationship with above-normal rainfall, and that is certainly playing out. What is being called a "major weather event" is bearing down on southern and southeastern Australia. Rainfall of at least 12 inches (300 millimeters) is forecast for South Australia, Victoria and New South Wales states during the first three to five days of December. The rains are likely to extensively damage or destroy much of the remaining wheat left in harvest fields of these three states. Four million metric tons, or 147 million bushels, of wheat are reportedly in jeopardy from these heavy rains. Australia's wheat crop is already projected to be more than 30% below last year's record 33.50 mmt total; the heavy rain damage will quite possibly lead to a further reduction in crop size.

So, is La Nina's presence starting to make both a physical and psychological difference? Yes, it is; it certainly is. 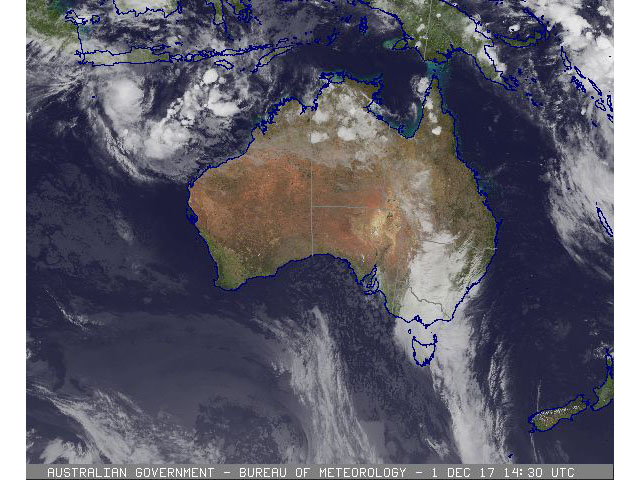