The weather patterns during the early part of the harvest were mostly favorable. However, more recently rains and periods of cooler weather have slowed maturation and harvesting in the region. This is especially noticeable in Alberta and northern areas of Saskatchewan where the harvests have fallen behind normal.

In southern Saskatchewan and Manitoba, harvests were still running significantly ahead of normal when the heavy rains hit the area earlier this week. Rain, while delaying the harvest progress, was much needed in the area to recharge soil moisture following this season's severe drought.

As we move through the early and middle part of October, the weather pattern most desired in terms of maturing crops and harvesting is one that would feature warm weather and dry conditions. There are some areas, most notably southwest and central Saskatchewan, that would probably appreciate further rains that would continue to ease drought conditions prior to when the ground freezes later this fall.

The weather pattern that I am looking at during the next five to seven days is one that would feature fast-moving systems that do not appear to have much in the way of significant rain or snow potential. Temperatures during this period of time look to vary somewhat. A warming trend is expected into the weekend, a cold snap looks to develop later in the weekend and early next week, and then a brief warm-up follows into the middle of next week. This is probably not the ideal situation in terms of maturing crops and harvesting due to the variable temperature pattern, but the precipitation potential is low enough to help offset the negative aspects of the colder days that are being forecast.

The longer-range outlook is somewhat more uncertain. Today's U.S. model features a brief period of high latitude blocking with a strong ridge developing over Alaska and a trough located south of this ridge near or over southwest Canada. This type of pattern could lead to increased precipitation for the Prairies and then a significant cold snap. This would be unfavorable for any immature crops and could further slow harvest progress.

The U.S. model at even longer range, out to 16 days, suggests that this Alaska ridge does not stay around long. This opens the door to more seasonal to above-normal temperatures and drier conditions for the region. This would be a welcome development, especially if the expected cold snap heavier precipitation event later in the 10-day period verifies.

My forecast would use a little more of the U.S. and Canadian Prairies models as it concerns the Prairies region during the extended range outlook period. This means I expect to see a highly variable temperature pattern with periods of well-below and above-normal temperatures.

I also expect to see some periods of light to moderate precipitation during this time frame. At this time, I do not expect a major storm to occur within the time period, but this is not something I could rule out either. There appears to be too much west-to-east flow in the southern areas to allow moisture to flow north into the area.

However, there are disturbances moving within this flow that could, without much notice, lead to systems slowing down and heavier precipitation chances.

At this time, I am optimistic that the less active weather pattern would continue, but please stay tuned to later developments. 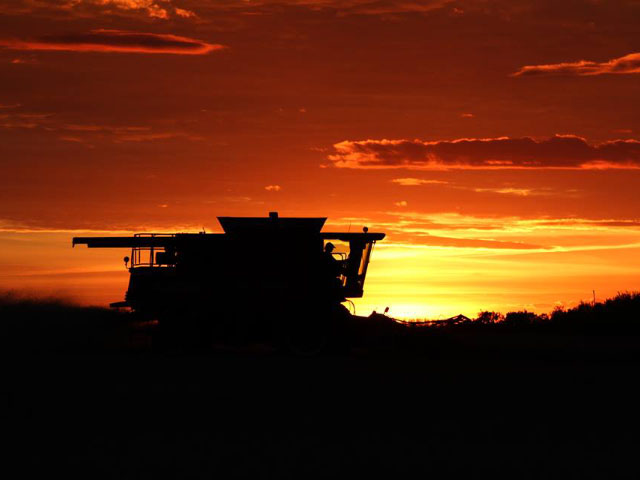