Precipitation totals in the western U.S. are showing numbers that seem to be a year off. After all, it was during the winter of 2015-16 that a strong El Nino was in effect in the Pacific Ocean, and was expected to be a big rain and snow producer in California and throughout the far western U.S. That forecast did not hold up.

This year, however, even with the Pacific trending away from a weak La Nina, the situation is much different. The western U.S. is getting some copious amounts of rain and snow. The Heavenly ski resort at South Lake Tahoe, California recorded 70 inches of snow -- almost 6 feet -- from Jan. 1, through Jan. 4. More heavy snowfall of possibly another 36 inches -- an additional 3 feet -- may occur during the next seven days.

USDA's latest water supply assessment for the western U.S. notes this heavy precipitation and that the trend in the Sierra Nevada mountains is not the only location receiving such abundant moisture.

"Heavy winter storms during the past three days have increased the snowpack across the Sierra Nevada with over 4 inches of Snow Water Equivalent (SWE) blanketing the mountain range," the report noted. "The Great Basin, Wasatch Range (Utah), and the central Rocky Mountains (Colorado) also had from 1 to 4 inches of SWE increase during this time. Additional storms are expected to affect this same region in the coming week."

Snowfall records are imprecise, but there is no doubt that the early January snows are memorable. According to the Reno, Nevada Gazette-Journal, the Tahoe Basin snowpack doubled in just a few days, from 62% of normal to 129% of normal -- meaning the amount of snow for the entire season doubled in less than a week. Snow depth at the Mt. Rose Ski Tahoe resort is now more than 100 inches, with the equivalent of nearly 23 inches of rain.

The impact of the heavy snow now on the ground, plus more snow along with rain, that is ahead over the next week is multi-faceted. Flood potential will be widespread in many areas of the western U.S. After all, the Sierra Nevada mountains are not the only locale seeing heavy precipitation. Much of Oregon and Washington have also had well-above normal precipitation, in some areas going back to last fall. So, flood damage chances and safety issues are prominent.

On the positive side, it is almost guaranteed that the extreme to exceptional drought in the Far West that has been going on for close to five years will continue to be lessened this winter. Along with drought easing, irrigation water supplies for Far West agriculture will likely be much more plentiful than during the past several growing seasons. 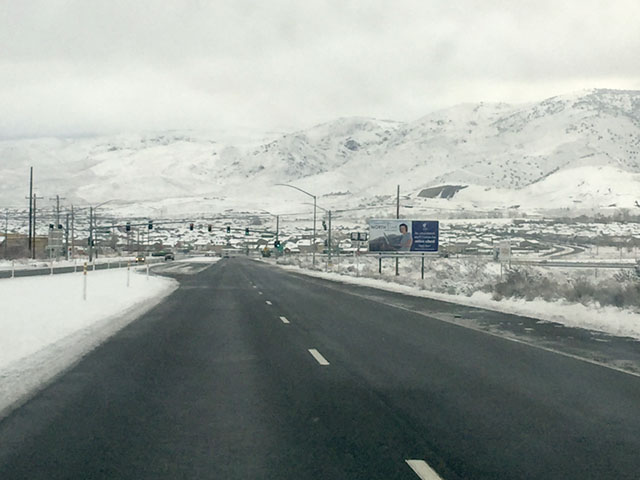