I've been known on occasion to use this space to rant about a couple of topics. No, it's true. Sometimes the obvious needs to be stated in a manner so direct that you can compare it to taking a hammer to a big toe. Why not?

First, I must thank staff and members of the North Dakota Farmers Union. Besides sharing ginormous hamburgers and local beer at their picnic earlier this week, NDFU members helped fill in a few blanks on the drought situation for me. I had been guilty of not adequately reporting on drought in the western half of the country, but the severe conditions have now moved eastward enough to explore for a week in a rental car, a camera and most importantly, people willing to share what's going on.

My reporting this week only scratched the surface when it comes to looking at what producers are facing in extreme or exceptional drought conditions, but we have 15 states now with at least some part of the state in D-3 extreme drought conditions, and at least nine states in D-4 exceptional droughts. That's a lot of agriculture right now in red or maroon on the U.S. Drought Monitor. https://droughtmonitor.unl.edu/…

Now, is anyone on the House or Senate Agriculture Committee paying close attention to those drought conditions? The two committees have taken some time to talk about climate change this year, but climate resiliency doesn't get solved just because Congress approves a program to pay farmers for some carbon credits. Regardless of whether everyone is buying electric cars a decade from now, they are also going to have to eat as well. Farmers and ranchers will continue to need resources to adapt to extreme and exceptional drought conditions.

At the end of June, Agriculture Secretary Tom Vilsack told me USDA has 17 different programs that in some way intersect with drought. "The problem, however, is that many of these are relatively small programs," he said. Most of the programs were set up on a way that they address short-term drought conditions. "We have to recognize a new reality here, which is that drought and climate change are interconnected. As temperatures get warmer, we're going to see longer and more sustained droughts. And we have to look at our method of preventing, mitigating and compensating for the impact of drought."

I have not heard the House or Senate Agriculture Committees have those kinds of conversations. Perhaps there could be an argument made that the committees aren't as focused on drought at the moment because their chairs and ranking members are from Michigan, Arkansas, Georgia and Pennsylvania. Their individual states aren't facing the same challenges as those from North Dakota, Oregon, California, Utah or New Mexico.

A subcommittee for House Natural Resources Committee held a hearing in late May on the drought in western states. One comment from a senior official at the Interior Department overseeing drought response noted western states were facing some of the driest water years on record and competing demands for water -- including for agriculture -- can lead to more conflict.

Drought in 1988 led to $3.9 billion in disaster aid to producers. The impact of that drought also was integrated into a 1989 EPA report, "The Potential Effects of Global Climate Change on the United States." That report is one I often refer to because so many issues EPA highlighted to Congress 32 years ago have actually happened. The 457-page report extensively details predictions for water challenges, almost all of which have come to fruition. On western water resources, EPA cited a study going back to 1979 indicating that "a warmer and drier climate would severely reduce the quantity and quality of water in arid western river basins (Rio Grande, Colorado, Missouri, California) by increasing water shortages." There would be more "conflicts between instream and off-stream uses, between agricultural and urban/industrial water uses, between flood control and other water uses of reservoirs" as well.

Reflecting how these conversations are playing out right now, Associated Press on Thursday reported "Farmers, environmentalists and small-town business owners gathered at the Hoover Dam on Thursday to call for a moratorium on building pipelines and dams along the Colorado River that they say would jeopardize the 40 million people who rely on it as a water source."

Utah Gov. Spencer Cox on Friday defended farmers after criticism that agriculture in his state wasn't doing enough to conserve water. "Not only are those comments very uninformed -- I might say ignorant -- they also just don't understand the nature of water, the nature of food, and the nature of agriculture in our state. And so I believe it's really important that we dispel some of those myths that are out there and help people understand that nobody is being impacted more and nobody has done more to cut back on water usage in this state than our farmers," Cox said, speaking at a farm.

Right now everyone is waiting with anticipation about what will be in an infrastructure plan and what will be authorized and funded in this plan. We've heard the possibility of $50 billion or so in water storage and other programs. We have not heard specifics about where agriculture fits into these programs. Earlier this month I sought to highlight the potential of an often-overlooked program that could address drought infrastructure. https://www.dtnpf.com/…

And we haven't even had the conversation about drought aid to producers. In several states, this drought goes back to last year. Congress hasn't given serious consideration to reauthorizing the Wildfire and Hurricane Indemnity Program-Plus (WHIP-Plus) or making some adjustments that might be needed to better help livestock producers forced to sell their cattle.

Time is short but drought shouldn't have stretch to a lawmaker's individual state for them to take notice of the crisis.

Trying to Hang on to Cattle: https://www.dtnpf.com/…

Getting Through Exceptional Drought: https://www.dtnpf.com/… 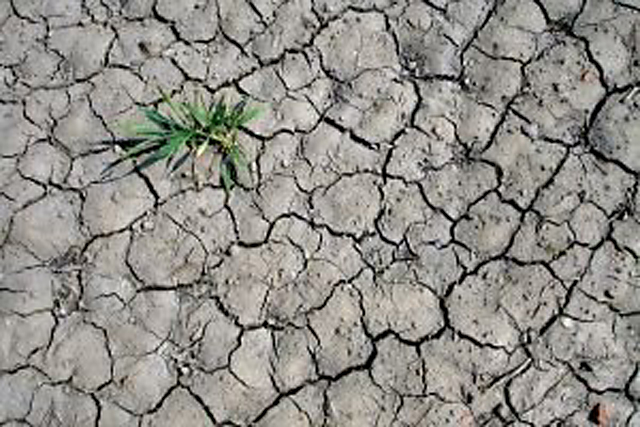