The Washington Post on Tuesday reported former Agriculture Secretary Sonny Perdue closed a real-estate deal in South Carolina with Archer-Daniels-Midland (ADM), paying a fraction of the price for an older grain elevator compared to what ADM had paid for the property.

ADM sold six pieces of ground in Estill, S.C., with three million bushels of grain storage, a million bushels of soybean storage and equipment from a 11-million bushel soybean crush plant on the site -- which includes rail access as well. ADM had paid $5.5 million for the property in 2010, but had largely idled the crush facility on the site. Perdue and his company AgGrowStar ended up buying the facility in late 2016, just weeks before he was announced by former President Donald Trump to be USDA secretary.

Perdue's company paid $250,000 for the property, or just about 4.5% of what ADM had paid for the facility six years earlier.

The Washington Post noted of the sale that it was sold for just a fraction of its estimated value while ADM "stood to benefit from a friendly secretary of agriculture."

Perdue did not comment to the newspaper about the real-estate deal.

Jackie Anderson, a spokeswoman for ADM, disputed that the company sold the grain facility to Perdue at a discount. "This was nothing more than a business decision to sell a significantly underperforming asset," Anderson told the Post.

Danny Brown, former president of AGrowStar, told the newspaper that ADM originally wanted $4 million for the plant, but ADM slowly brought its price down. A local commercial appraiser in the area called the sale value "extremely low" for the facility. The newspaper cited multiple appraisers who assessed the property's value at around $5.7 million.

The article quotes ethics lawyers and professors raising concerns over whether the sale was a "quid pro quo" meant to influence Perdue and his department. Anderson disputed there was any undue influence in ADM's favor.

"We did not receive any special favors from Mr. Perdue during his administration," Anderson said in the article, "ad it is unfair and inaccurate to imply we did."

ADM and AgGrowStar, with Perdue's signature, signed a purchase agreement on Dec. 30, 2016. That was about three weeks before Trump nominated Perdue to become Agriculture secretary. Brown said in the article he told Perdue they could get a high return just on some of the equipment. They sold a huge boiler at the plant for $500,000, Brown said.

Perdue's family trust sold AgGrowStar after he took over USDA to a group of private investors for about $12 million.

The former head of the U.S. Office of Government Ethics, Walter Schaub, and a former ethics lawyer in President George W. Bush's administration said USDA's inspector general and congressional oversight committees should examine the land deal and the way some trusts for Perdue operated and moved around the former secretary's business assets.

The full Washington Post article can be found at: 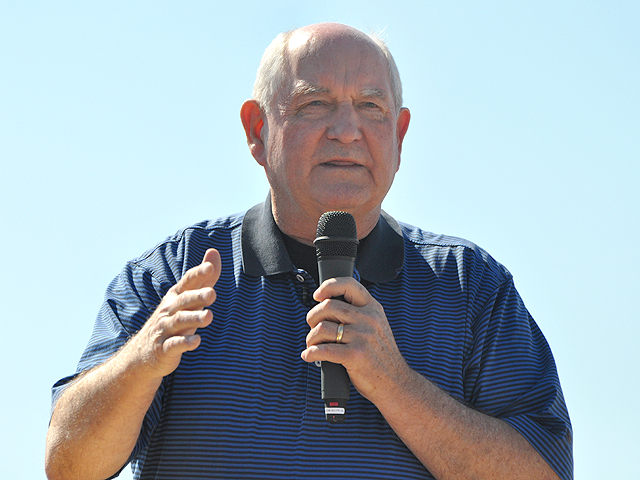