Vilsack spoke Thursday afternoon at the WSJ Global Food Forum and was asked to explain what USDA can do to help farmers during the drought. The secretary said the magnitude of drought right now goes beyond most of the aid programs in USDA's toolbox right now, he said. "If people don't understand the significance and importance of climate, they need to go to the western part of the United States."

Right now, as much as 83% of the land in 11 western states are currently in drought conditions "and 25% of that area in serious conditions the worst we've seen the 50- to 100-year drought kind of circumstances," Vilsack said. Yet in a lot of these communities they have been stuck in these severe drought conditions for the last five to 10 years, he added. "So we're maybe potentially in some of these areas and a mega drought area."

For agriculture, Vilsack said USDA has some drought relief that can come through its conservation programs as well the crop insurance program to help crop farmers, and the Livestock Indemnity Program can provide some aid to livestock producers in those states. But that's not going to address some of these current challenges, he said.

"We have programs that are small -- they're small -- and I've been suggesting to Congress, the need for us to take a look at ways in which our support systems and programs need to be redesigned to meet the reality of longer term weather incidents and climate related incidents that create not just for six months, three years, problems and decades problems," Vilsack said.

The secretary added that states such as California, Arizona and Utah are the driest they have been on record, and Nevada is facing the second driest the state has seen.

"At the end of the day, our systems really are not designed for the long-term drought situation that we're looking at," Vilsack said.

He added, "So these are serious issues that impact not just agriculture, but they impact virtually every aspect of an economy in the western part of the U.S. and that's why it's important for us to get this climate thing right and to get serious about it and get serious about it very quickly."

Congress has yet to authorize USDA to pay farmers for disaster losses last year, though the California Farm Bureau states wildfires in that state alone cost $560 million in damage. Currently the Wildfire and Hurricane Indemnity Program Plus (WHIP-Plus) only pays on 2018 and 2019 natural disasters. A lobbyist for the California Farm Bureau told DTN that lawmakers from western states have proposed to reauthorize WHIP-Plus, but also consider changes because of payment limits on the program.

Earlier this month, a coalition of western farmers, ranchers and businesses representing 220 organizations in 15 states also sent letters to Congress calling for lawmakers to deal with the shortcomings and aging water infrastructure. The coalition warned that changing hydrological conditions and an expanding population in the West raise serious concerns about the future viability of the nation's water infrastructure.

The coalition called for roughly $29 billion to address federal and state water projects in western states across an array of agencies, including USDA's Natural Resources Conservation Service and the Army Corps of Engineers. The infrastructure package agreed to by a bipartisan group of senators includes $5 billion for western water storage expansion, but the package also includes another $55 billion for community water project needs. 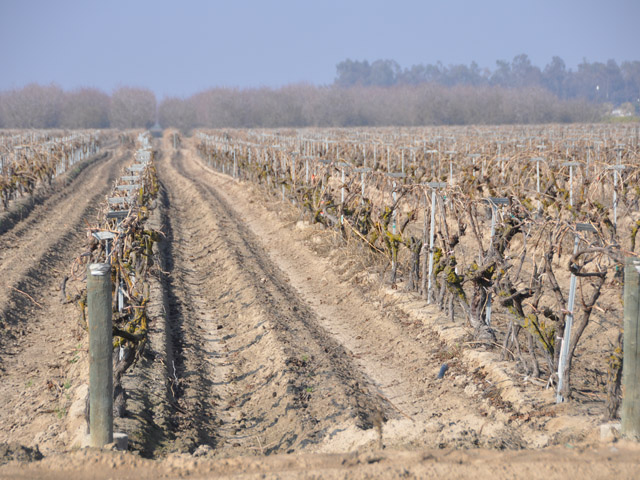