Poor air quality tied to food production is estimated to cause roughly 16,000 deaths a year, of which 80% of those deaths are connected to livestock production, according to a new study published by the National Academy of Sciences.

The study released Monday is the first major research report to link air-pollution deaths to specific food items. It will likely provide fresh fodder in the debate over the scale and health risks associated with large confinement operations and the lagoons associated with those facilities.

In the paper, researchers looked at air quality issues tied to various foods and highlighted that animal production is overwhelmingly responsible for agriculture's air quality-related health impacts, the report stated. Ammonia, released from manure and nitrogen fertilizers, reacts with other pollutants to form fine particulate matter 2.5 (PM 2.5) in the air. Chronic exposure to PM 2.5 levels can increase the risks of asthma, heart disease, cancer and strokes. EPA notes PM 2.5 particles "pose the greatest risk to health."

“Air quality-related mortality from the U.S. food system is comparable to that of other sources of air pollution, such as motor vehicles and electricity production. Nevertheless, food-related emissions are lightly regulated and less studied compared to these other sectors,” said Jason Hill, professor in the Department of Bioproducts and Biosystems Engineering at the University of Minnesota. “Fortunately, air quality-related mortality of food can be reduced by improving fertilizer and manure management practices, and by shifting to diets that contain greater portions of fruits, vegetables, legumes, whole grains and other plant-based foods.”

The study comes out less than a week after Elsie Herring died. Herring was North Carolina woman who had been an outspoken critic of the hog industry in her county and the state as a whole. Herring testified before Congress in 2019 about the problems she and her family faced. Herring was among roughly 500 residents who had settled a lawsuit last year with Smithfield Foods after a federal court of appeals upheld a lower-court ruling against Smithfield subsidiary Murphy-Brown.

“When we go outside, we can't stay outside for very long because the odor is so offensive that we start gagging, we start coughing, our heart rate (is) increased. We become depressed, we have a sense of hopeless- and helplessness," Herring told lawmakers. https://thefern.org/…

The study also pointed out there are actions that farmers can take to reduce pollution and improve air quality. Farms could cut the number of air-pollution deaths in half if manure management practices were changed to eliminate manure decomposing in lagoons, as well as covering the lagoons and better separating manure from urine. Precision agriculture can also reduce the ammonia releases from farmland. Other practices such as no-till can also lower emissions as well.

In another recommendation from researchers that will likely upset meat advocates, researchers also said consumers could dramatically impact mortality related to agricultural air quality by anywhere from 68% to 83% by "dietary shifts toward more plant-based foods that maintain protein intake and other nutritional needs."

In the Washington Post, Jim Monroe, a spokesman for the National Pork Producers Council, called the study "highly suspect," and it "irresponsibly draws conclusions based on modeling and estimates." Monroe added to the Post, “U.S. pork producers have a strong track record of environmental stewardship,” he wrote in an email, citing a 2019 study from Harper Consulting and Southern Utah University that found significant reductions in ammonia content from pig farms.

Ethan Lane, vice president of government affairs for the National Cattlemen's Beef Association, also questioned the methodology of the study in the Post article. “It appears to be based on faulty assumptions and riddled with data gaps,” he said in a statement.

The study comes as politicians have been staking out their positions on issues such as meat and climate change. Colorado Gov. Jared Polis, a Democrat, drew criticism both in and out of his state for declaring a "Meat Out" day in March. Nebraska Gov. Pete Ricketts, a Republican, has declared "Meat on the Menu" day and "beef passports" for meat eaters. Conservatives also last month made false claims on social media that President Joe Biden's climate strategy would limit red meat.

Proceedings of the National Academy of Sciences: https://www.pnas.org/… 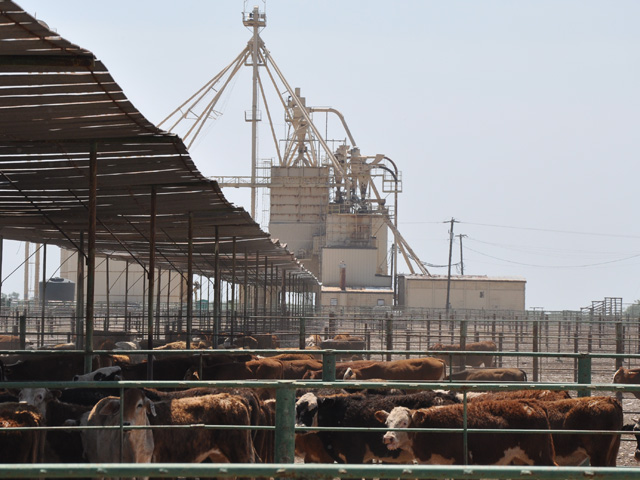