The Biden administration on Wednesday highlighted the need to do more to address ongoing drought and the impacts, especially concerning water shortages. Meanwhile, Republican governors asserted they are concerned about the president's plans to increase conservation strategies under the 30 x 30 concept.


Reacting to the severe drought in the Western states, the White House announced on Wednesday the formation of an Interagency Working Group to support farmers, tribes, and communities impacted by ongoing water shortages.

At a virtual meeting of the National Climate Task Force, Commerce Secretary Gina Raimondo, who oversees the U.S. Weather Service, and a National Oceanic and Atmospheric Administration scientist briefed other Cabinet officers on the severity of the drought. “In areas like the Klamath Basin in southern Oregon and northern California, lake levels today are lower than occurred during the Dust Bowl. As has been shown in previous years, severe drought conditions can set the stage for worsening wildfire seasons, which in 2020 alone caused $16.6 billion in damages. The early, severe drought situation is just the latest manifestation of the pervasive and pernicious impacts that climate change is having on American communities.”

In a news release, USDA added, “Water allocations are at historic lows, including in areas like the Klamath River Basin and the Colorado River Basin, creating an urgent need to minimize the impacts of the drought and develop a long-term plan to facilitate conservation and economic growth. The Working Group will work to identify immediate financial and technical assistance for impacted irrigators and tribes. Development of longer-term measures to respond to climate change and build more resilient communities and protect the natural environment will also be a priority, including through President Biden's proposed American Jobs Plan and through a recommitment to strengthening the National Drought Resilience Partnership (NDRP). Formed in 2013, the NDRP brings together multiple federal agencies to build long-term drought resilience, including developing innovative science-driven actions to address water supply challenges.”

“In the United States, intense droughts threaten major economic drivers in rural communities such as agriculture and recreation, disrupts food systems and water supplies, endangers public health, jeopardizes the integrity of critical infrastructure, and exacerbates wildfires and floods. With our interagency Working Group, we will collaborate with tribes, agricultural producers, landowners, and rural communities to build regional resilience to drought,” Vilsack said in a USDA news release.

“Water is a sacred resource. This Interagency Working Group will deliver a much-needed proactive approach to providing drought assistance to U.S. communities, including efforts to build long-term resiliency to water shortages,” Haaland said in the USDA release. “We are committed to using every resource available to our bureaus to ensure that tribes, irrigators and the adjoining communities receive adequate assistance and support.”

Fifteen Republican governors on Wednesday wrote President Joe Biden questioning just what exactly the policy program means to conserve at least 30% of land and waters in the U.S. by 2030.

While asking questions in the four-page letter about how the 30 x 30 policy in Biden's climate executive order is supposed to work, the 15 governors also made it clear they will oppose it. Nebraska Gov. Pete Ricketts, in a news release on the letter, said the governors will “stand up to President Biden's radical 30 x 30 plan.”

The letter came out after DTN had spoken Wednesday with Agriculture Secretary Tom Vilsack and asked him about burgeoning criticism in the Plains and western states about 30 x 30 with few people understanding what it is about. Vilsack pushed back on the early complaints about it.

“There has been significant outreach that has been conducted,” Vilsack said.

Robert Bonnie, Vilsack's climate advisor and now nominee for USDA undersecretary for Farm Production and Conservation, has met with a number of groups on the topic, the secretary said. “(Bonnie) has had multiple webinars, multiple meetings with commodity leaders to reassure them that this is not a land grab,” he said. “This is not designed in any shape or form to be something akin to what you are hearing.”

On private working lands, Vilsack said 30 x 30 is an acknowledgement that USDA and other federal departments need to do more to help landowners embrace conservation practices. “This is nothing different than what we're currently doing, but figuring out more creative ways, not just on private working lands, but also on forest lands and public lands.”

The secretary added, “I appreciate there are some out there that want to stoke concerns and they want to stir up the political fight over this, but at the end of the day, when this is established they're going to see that it's just an extension of what we're currently doing, and which farmers across the country have embraced.”

Vilsack said USDA has been reaching out to leadership of farm groups on these issues. The secretary said it's the responsibility of those leaders to convey to their members on the ground just what 30 x 30 means. He also asked for some patience.

“We're only less than 100 days into this administration,” he said. “We don't have everybody appointed to positions of authority and in power. So I think it's not inappropriate to ask people to be a big patient about all of this. And given the fact that we're dealing with COVID, and the economic consequences of COVID and dealing with the fact we're also instituting the American Rescue Plan with fewer people at USDA than we need, we're trying to step up to be able to get the job done.”

The secretary added, “It's fair to ask people's patience, but to reassure them that it's not what they are imagining at all.”

Governors that signed the letter Wednesday said it's their responsibility within their states to ensure they are well managed, as well as productively used “to provide the food, fiber, energy, and minerals our nation needs for a robust economy and our national defense. It is precisely because we depend on our lands to be available for future generation to enjoy and use, without greater input into this initiative, we must resist implementation of the 30 x 30 program.”

The governors added, “States are not simply additional stakeholders to consult in your policy development; states are essential partners and the leaders in developing innovative policies that already appropriately conserve lands, water and wildlife for the American people.” 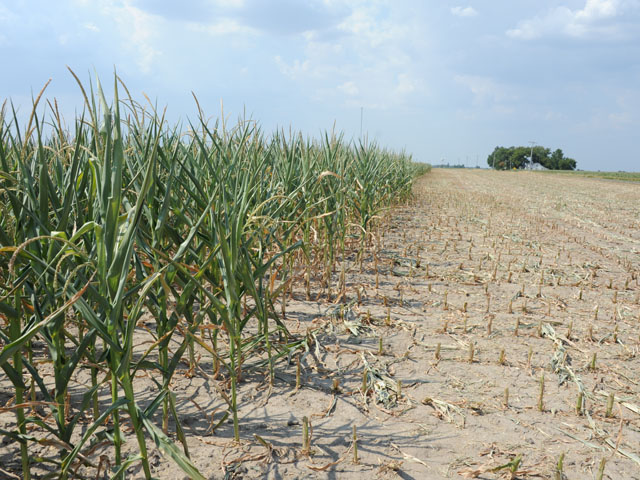