In an ongoing effort to continue offering unsolicited advice, perhaps it might be wise for the Biden administration to start having a clear conversation with the American people about what exactly does it mean to conserve 30% of land and water by 2030.

A lot of other people already are having the conversation without the Department of Interior, USDA or other federal agencies, and they are concerned specifically about what it means to them. The term “land grab” comes up a lot. The last time “land grab” and federal government got linked together closely, we all ended up with an acronym that won't leave our heads – WOTUS.

On Tuesday, the Nebraska Farm Bureau Federation followed a growing list of conservatives and conservative-leaning groups that have written President Joe Biden asking just what 30x30 is supposed to mean.

“Thus far, the lack of details released on this particular proposal have led to far more questions than answers,” stated the letter to Biden from Mark McHargue, Nebraska Farm Bureau's president.

A National Geographic article cited that the U.S. is conserving as much as 26% of its coastal waters, but only about 12% of its land. “To reach the 30 by 30 target will require conserving an additional area twice the size of Texas, more than 440 million acres, within the next 10 years.”

The next sentence in the National Geographic pointed out a big issue at hand. “The White House has yet to specify who will oversee the initiative at the federal level and which lands and waterways might be prioritized.”

The 30x30 stemmed from President Biden's executive order on Jan. 27 on climate change. About two-thirds of the way through the 7,500-word executive order, Biden's plan stated that the Interior secretary, working with the USDA secretary and Commerce secretary, along with the chair at the Council on Environmental Quality, submit a report within 90 days to a larger task force on how they would take steps “working with State, local, Tribal, and territorial governments, agricultural and forest landowners, fishermen, and other key stakeholders, to achieve the goal of conserving at least 30 percent of our lands and waters by 2030.”

We are about 70 days past Biden's executive order, so in theory this report on the 30 x 30 is expected sometime before the end of April.

Beyond Biden's order, though, Interior Secretary Deb Haaland and other western Democrats had pushed for the 30% land conservation goal before the president was elected. They made a push through the Center for Western Priorities last fall to highlight a strategy to achieve 30% land and water conservation.

Since the executive order, western governors and lawmakers have described the concept as federal overreach and questioned the need for the 30x30 plan, or asked what it means. The questions keep growing as does rural western opposition.

A group called American Stewards for Liberty is organizing events in rural areas on the “30 X 30 Land Grab.” A write-up in the Tri-State Livestock News pointed to a meeting late last month in Valentine, Neb., that packed the high-school auditorium. Groups are seeking to reignite the “Sagebrush Rebellion” days of the late 1970s when federal land policy in the West clashed with landowners and state legislators.

Nebraska Farm Bureau, in its letter to Biden, noted concerns about the 30 x 30 executive order are rising among its members. The letter also noted that a high percentage of Nebraska land (more than 97%) is privately owned. “Organizations have held public meetings in our state outlining possible worst-case scenarios under the EO where it is used to expand the federal government's control over private property.”

McHargue's letter concluded, “Mr. President, real conservation efforts only work when those who will be impacted by these types of proposals are allowed a seat at the table. NEFB has a long and distinct history of supporting private property rights and opposing efforts to expand the federal government's reach over our nation's farms and ranches. If 30 x 30 looks to place additional limits on what farm and ranch families, those who have dedicated their lives to protecting soil and water, can do with their property, we stand ready to stop it. I would invite you or anyone within your administration to come to Nebraska to hear directly from farm and ranch families and see what is already being done to conserve and protect our air, land, and water.” 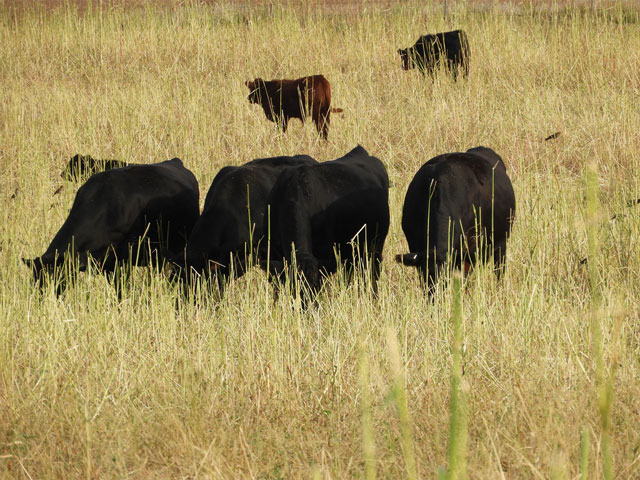