With a hearing set for Thursday in the House Agriculture Committee on climate change, this is a busy week in the climate space for agriculture.

Monday began with the Food and Agriculture Climate Alliance (FACA) announcing the group had expanded its tent of membership to more than 40 organizations. FACA also expanded its original eight-member organizations have added 14 more new groups to the steering committee.

FACA stated, "Congress and the Biden administration have expressed high levels of interest in the previously released FACA recommendations and requested additional guidance on how to achieve the goals laid out in the November report."

That report with 42 different recommendations can be viewed at https://agclimatealliance.com/…

FACA states any climate policy must be based on three principles for agriculture: They must be voluntary, incentive-based and market-driven; They must promote resilience and adaptation in rural communities; and they must be science-based.

The House Agriculture Committee so far has not detailed who will testify on agriculture and climate change at its hearing on Thursday. Last week, though, leaders of FACA and other organizations took part in the USDA Outlook Forum and talked extensively about what they expect.

You cannot do climate on the backs of the American farmer, they just simply don't have the resources for that. These recommendations don't do that," said Chuck Conner, president and CEO of the National Council of Farmer Cooperatives and a former USDA deputy secretary. "And I think they lay the ground work for agricultural, not only being at the table, but enthusiastic participant in climate debate."

Words such as "drought," "floods" and "extreme weather" were not spoken in the Outlook conversation, but "fear" came up over and over again referencing concerns farmers have over regulatory risks associated with climate change. The moderator of that Outlook panel said farmers are still fearful of regulation. She had gotten a call from a Minnesota farmers who was still fearful of regulation, she said.

Rob Larew, president of the National Farmers Union, said his members expect any policy will be voluntary. He also noted that USDA conservation programs "are wildly popular and oversubscribed. They're underfunded, and it's about making sure that we're putting the resources necessary into the programs that are existing, and that's we are enhancing those opportunities, that we're creating market-based opportunities as well, and the infrastructure to do that."

Zippy Duvall, president of the American Farm Bureau Federation, said it's important for farmers to be at that table. It's also important for farmers to be recognized for the climate-smart practices they already have put in place over times. But Duvall also cautioned against taking from one part of the farm bill to pay for climate programs, such as commodity programs.

"When we do this, is it going to take away from my Title I programs that we have in the farm bill?" Duvall asked. "(Are) the funds going to be shifted to climate change? Surely not. The farm bill is so important to our farmers in rural America, and they have a fear there."

Krysta Harden, top executive at the U.S. Dairy Export Council, and another former USDA deputy secretary, noted that the U.S. dairy industry "is only about 2% of our greenhouse gases" but the dairy industry wants to be part of the solution, she said. Harden highlighted the dairy industry has been proactive in the area for more than a decade in looking for ways to reduce emissions.

"Again, it's got to make sense for the dairy farmer, you got to start there, got to make sense for them, maybe we'll find some new products after the digest so they can add value, that they can sell not just the milk and those products, maybe there's other that will actually add value back to the farm," Harden said. "So, it can be exciting, it can be scary. It can be both. But we are going to drive this, I believe, in the dairy industry, to make sure that we are in control, or more control of our future."

So FACA seems to have a lot of serious intentions, but agriculture has been down this road before. In the meantime, farmers and livestock producers continue being impacted by extreme weather events that likely will lead to more disaster aid as well. 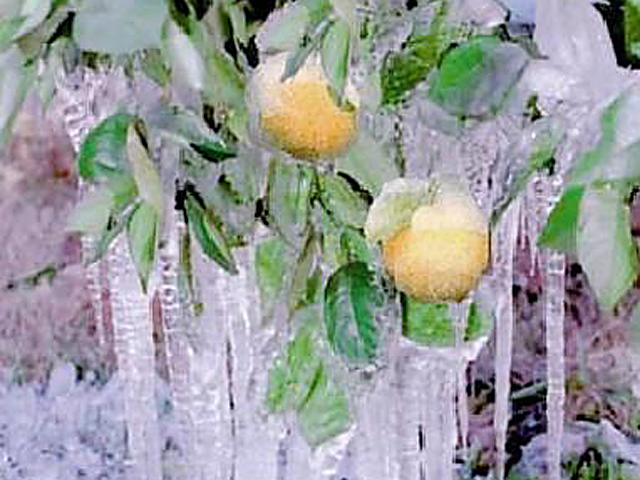