Robert Bonnie, USDA's deputy chief of staff for incoming Agriculture Secretary Tom Vilsack, said Thursday that “carbon is a commodity” and therefore using the Commodity Credit Corporation, USDA's line of credit at the Treasury Department to help farmers, can be justified in developing programs to address climate change.

During a virtual panel discussion sponsored by AGree, a think tank that specializes in long-term agricultural policy, Bonnie noted that President Biden's executive order on climate change said the administration wants to develop climate-smart agriculture, and said it is important to find a way to “de-risk” investments related to climate change in agriculture and forestry.

“Carbon is a commodity right now, and the CCC was built to help think about how we stabilize that and think about how we can work with producers to help market them and do other things with commodities,” Bonnie said. He said a carbon bank would make “flexible” policy possible.

Despite his bold statements about the new idea that carbon is a commodity, Bonnie said it would be important to work with congressional authorizers and appropriators as well as the private sector so as not to displace private investment.

Senate Agriculture Committee Chairwoman Debbie Stabenow, D-Mich., said this week that she considers carbon a commodity and that she believes USDA has some authority to use the CCC for climate change initiatives.

At his confirmation hearing, Vilsack said he hoped that Congress would give him the freedom to use the CCC on climate change the way that it had allowed Agriculture Secretary Sonny Perdue to use the CCC to aid farmers who had lost export markets due to the trade policies of former President Donald Trump.

But Senate Agriculture Committee ranking member John Boozman, R-Ark., told reporters he believes USDA would need legislation from Congress to use the CCC for climate projects.

Bonnie's views are important because he has written an academic paper in which he has proposed using the CCC to help farmers address climate change and headed the Biden-Harris transition team. He was the USDA undersecretary for natural resources and environment in the Obama administration.

Bonnie emphasized that USDA climate programs should be voluntary and include incentives to farmers to participate. He also said it would be important to be accountable and to make sure that small and medium-sized producers, Black farmers and Native American tribes can participate.

“Thinking about the equity lens will be really, really important,” he said.

Anne Simmons, the Democratic chief of staff for the House Agriculture Committee, announced that House Agriculture Chairman David Scott, D-Ga., has decided to make the focus of the committee's first hearing on climate and weather, although she noted that her comments were her own, not those of the chairman.

She said the hearing will include scientists and a farmer witness, and that House Agriculture subcommittees also may hold hearings on climate change.

She noted that Scott also plans a hearing on the status of Black farmers.

Simmons said the House may act on climate change this year and pointed out that the House rules allow for budget points of order to be waived for climate legislation. Scott wants the House Agriculture Committee to play a role in any discussion of climate change, she said.

Simmons also said that she is frustrated that the $40 billion in aid that the Trump administration distributed to farmers in trade and COVID-19 pandemic aid did not help build the baseline for funding the next farm bill.

“I hope whatever we do this year helps build baseline,” she said.

Simmons noted that House members and senators “have a lot of questions” about a carbon bank and what it would be used for. A major question, she said, is whether USDA should hold the carbon credits that farmers may get for sequestering carbon or whether they should be held by the private sector.

On the question of legislation versus rulemaking at USDA, Simmons noted that it is much easier for USDA's Natural Resources Conservation Service to change a regulation than it is for Congress to change a law. The Office of Environmental Markets within the Office of the Chief Economist should be important in climate policymaking, she said.

Lynn Tjeerdsma, former senior policy adviser to Sen. John Thune, R-S.D., and a South Dakota farmer, said it is important to recognize that farmers are independent and “will tell you what they need and want. Don't try telling them.”

Tjeerdsma also noted there are climatic differences among the states and that in drier, western states, planting a cover crop to help sequester carbon would take away moisture that is needed for the major crop. He also said there are many other programmatic issues that should be addressed including questions about easements, crop insurance premiums and up to date base acres.

Asked by Deb Atwood, the AGree executive director and moderator of the panel, about other issues such as methane, greenhouse gases and livestock, Bonnie said the Biden administration wants to “think big,” and that precision agriculture and data collection in which AGree has been involved are important. 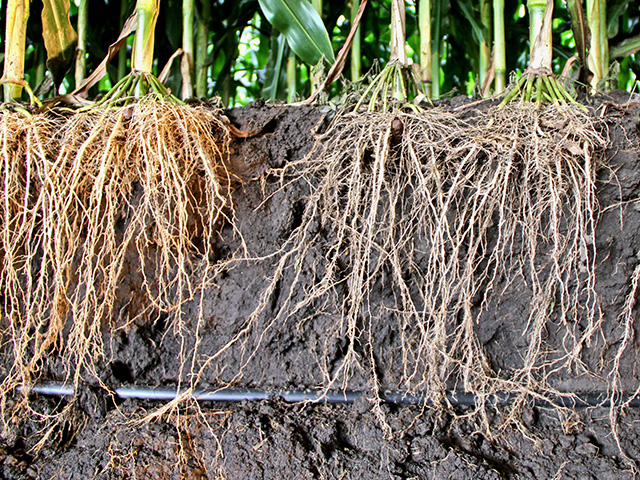