So 2019 ends and 2020 begins with a weird story out of eastern Colorado and western Nebraska.

People across the region are reporting and filming unexplained sightings of drones flying around the area.

The Denver Post first reported the mysterious drones on Dec. 23, and followed up New Year's Eve. The first article cited that the drones fly about 200 to 300 feet off the ground and fly in squares around areas about 25 miles. The fly each night from 7 p.m. to 10 p.m., according to the Phillips County (Colo.) Sheriff's Department, adjacent to the Nebraska border.

The drones are being reported at least two hours west of Yuma, near Palisade, Neb., according to a report in the New York Times. “It’s creepy,” said Missy Blackman, who saw three drones hovering over her farm outside Palisade, on a recent evening, including one that lingered right above her house. “I have a lot of questions of why and what are they, and nobody seems to have any answers.”

Perkins County, Neb., Sheriff James Bueggeman told the NYT he spotted the drones on Tuesday night. He's also heard people wanting to shoot the drones but he asked them to notify law enforcement. “I think it’s kind of a joke, but you have to remember the part of the country we live in,” the sheriff said. “People here don’t like their privacy to be invaded.”

The FAA just last week issued a new proposed rule for "Unmanned Aircraft Systems," aka, drones, that would require remote ID technology on new drones. The rule, which is 319 pages long, would essentially require all but the smallest drones to be able to be tracked while flying. Under the proposal, any drone just over half a pound would be required to emit a signal that would identify them. 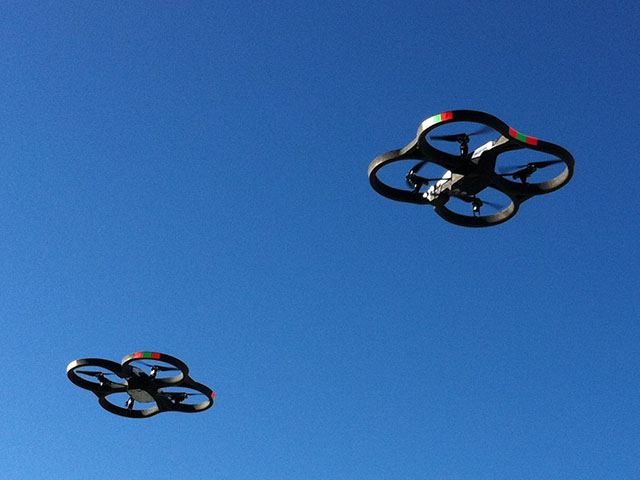