At a Cabinet meeting on Monday, Agriculture Secretary Sonny Perdue defended the Environmental Protection Agency’s announcement last week about how it will account for the small refinery waivers under the Renewable Fuel Standard, while President Donald Trump talked about China trade and farmers.

Trump is scheduled Wednesday to speak at an oil and natural gas conference in Pennsylvania.

During the Cabinet meeting, Trump told EPA Administrator Andrew Wheeler, “I know you’re working on the small refineries – getting that straightened away so that it’s going to be terrific for the small refineries. They’ve been hurt for a long time, and we gave them waivers for this year. And that will – that’s helped them a lot. But I want you to work on that. Make sure the small refineries are happy.

At Trump’s request that he “talk about ethanol for our farmers for a couple of minutes,” Perdue said, “You’ve done a couple of things, Mr. President. You’ve – you, first of all, committed to and fulfilled your promise of making the E15 year-round. That’s what’s really needed to build infrastructure. That’s a 50% increase in domestic usage there, which will happen. Good for the economy, good for the air, and good for the ag farmers in that way.

“You’ve also balanced up the smaller refinery waivers with the farmers and RFS,” Perdue added. “And once they fully understand what you’ve done here, they’ll be fine, and – as they see it implemented.”

Although farm and ethanol industry leaders have said they fear that the RFS plan will result in less than 15 billion gallons of ethanol being used, Trump said the farmers “seem to be very happy. They deserve to be happy. They’ve gone through a lot. They were targeted by China, as you know. And we took some of the money out of the tariffs – $16 billion and $12 billion for the two last years – and we gave it back to the farmer. They don’t even want it; they just want a level playing field. But they were targeted unfairly by China. And now China is buying tremendous amounts of product – agricultural product.”

After Trade Representative Robert Lighthizer said that there seems to be “great progress” on the talks with the Chinese, Trump said, “Well, one little example is the farmers. So they were told and I was told, if we could get $20 billion a year in purchase – the biggest they’ve ever done is $16 [billion], is what I’ve heard and what they’ve said. If we could get $20 billion a year from China – that China purchases $20 billion a year of agricultural product – that would be a great thing. So my people had $20 billion done. And I said, ‘I want more.’ They said, ‘The farmers can’t handle it.’ I said, ‘Tell them to buy larger tractors.’ It’s very simple. They’ll buy more land and they’ll buy larger tractors. But I want more.

“And they have started the buying. So while we’re papering the deal – and that’s going well – we hope to sign it probably in Chile, when we have a summit in Chile, or wherever that may be. But we’ll be able to, we think, sign a completed document with China on phase one. Then we start working on phase two. And actually, things in phase two are easier than phase one, but it’s so big. Like, as an example, on the agricultural products, it’s so big that we thought doing phases would be good. But actually, the things in the second phase are, in many ways, a lot easier than the things in the first phase. So we’ll see how that goes.”

Perdue then commented, “Mr. President, I’m not sure who told you the farmers couldn’t handle it, but it wasn’t me.”

Trump said, “I think they could. I want the farmers to come tell me, ‘Sir, we can’t produce that much.’ The farmers don’t know that language, right?”

Trump continued, “But we took it from $20 [billion] to potentially $50 billion. It will be bought – more – more agriculture will be bought – product – will be bought than any time in our history, by far. That’s on top of the Japan deal that we just made, where Japan is buying a tremendous amount of ag and other things from our country and our farmers.

“Our farmers have been great. They never wavered. They said, ‘The president is doing the right thing. We’re sticking with the president.’

“I tell you, I didn’t see anybody – they looked – some of the networks, they looked. They looked all over for somebody that can speak negatively about the president. And those farmers, Sonny, they stopped. They said, ‘Nope, he’s doing the right thing. It may be hurting us, but he’s doing the right thing.’ And I think, in many ways, the farmer maybe is going to be the biggest beneficiary of what we’re doing – certainly one of them. I think our country is going to be the biggest beneficiary.” 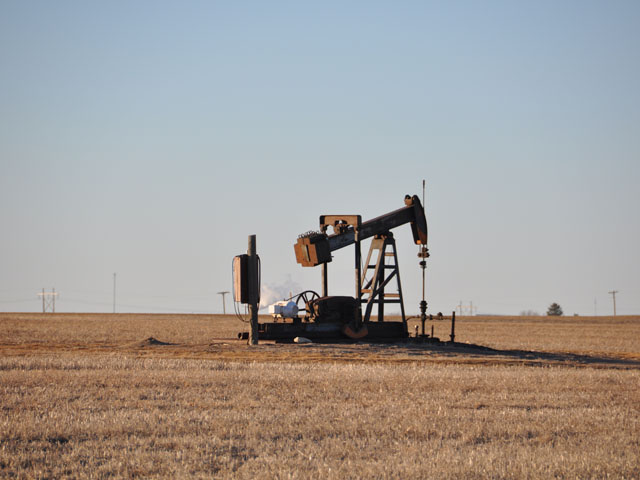