While President Donald Trump is excited enough about talks with China that he peeled back the threat of higher tariffs going into effect March 1, the American Soybean Association simply sees prolonged tariffs on U.S. soybean exports to China.

Perdue tweeted, "BREAKING: In Oval Office meeting today, the Chinese committed to buy an additional 10 million metric tons of U.S. soybeans. Hats off to @POTUS for bringing China to the table. Strategy is working. Show of good faith by the Chinese. Also indications of more good news to come."

On Sunday, President Trump said he would not increase 10% tariffs against Chinese goods to a 25% tariff, which had been the plan if the U.S. and China did not reach a deal by March 1.

The president tweeted, "I am pleased to report that the U.S. has made substantial progress in our trade talks with China on important structural issues including intellectual property protection, technology transfer, agriculture, services, currency, and many other issues. As a result of these very...... ....productive talks, I will be delaying the U.S. increase in tariffs now scheduled for March 1. Assuming both sides make additional progress, we will be planning a Summit for President Xi and myself, at Mar-a-Lago, to conclude an agreement. A very good weekend for U.S. & China!"

Despite the Trump administration's view of success on China, some U.S. commodities have faced 25% tariffs since last July.

Davie Stephens, a soybean grower from Clinton, Kentucky, and American Soybean Association (ASA) president stated, “We are glad that talks between these two countries will continue without the tariff hike previously expected at the 90-day deadline later this week, but we need resolution and are discouraged that it’s still hard to see a tangible end in sight.”

ASA stated the Chinese government had made commitments to purchase American soybeans totaling around 20 million metric tons (735 million bushels), which is a positive step. However, ASA continues to push for more than piecemeal purchases and see open access to the China market restored through the removal of tariffs.

ASA added that the value of U.S. soybean exports to China has grown the past 20 years, from $414 million in 1996 to $14 billion in 2017. China imported 31% of U.S. production in 2017, equal to 60 % of total U.S exports and nearly one in every three rows of harvested beans. Over the next 10 years, Chinese demand for soybeans is expected to account for most of the growth in global soybean trade, making it a prime market for the U.S. and other countries.

While soybean growers would like to see steps taken to drop the current tariffs involving China, the U.S. also continues to receive criticism over the steel and aluminum tariffs, which has slowed the importation of steel and aluminum products as well. 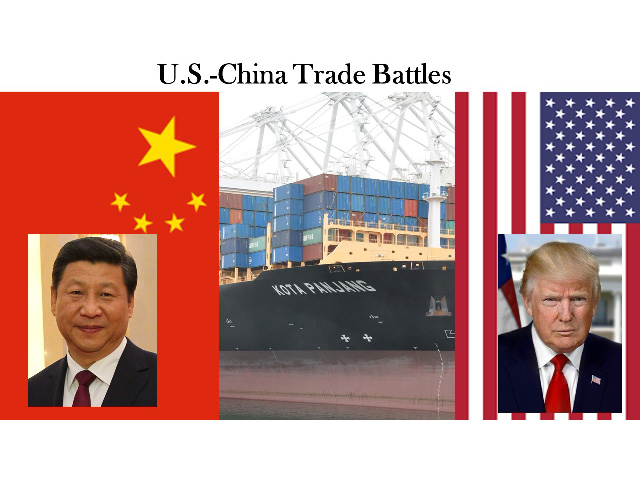