The contrasts were pretty clearer Tuesday on the direction different countries are heading on global trade.

"My administration is committed to defending American companies, and they've been very badly hurt from harmful import surges that threaten the livelihood of their workers, of jobs, actually, all over this country -- many different industries," Trump said.

Trump argued that the tariffs on imports will translate into companies moving jobs and manufacturing facilities into the U.S. "Our action today helps create jobs in America for Americas."

Trump took time to talk about the other trade negotiations going on with the North American Free Trade Agreement and South Korea.

He added, "NAFTA is moving along pretty well. I happen to be of the opinion that if it doesn’t work out, we'll terminate it. But I think you're doing pretty well, Bob, from what I understand. So we'll see how it all works out."

The president also said new trade deals are on the horizon. "And we'll be doing other trade deals. We're in the process of negotiating with other countries also, all of which have treated us very unfairly. We had very poor representation for many years and it's hurt our workers, it's hurt our factories, it's hurt our companies, and that is stopping."

At the same time, in Japan and in Davos, Switzerland, other countries were talking up the new Comprehensive and Progressive Agreement for Trans-Pacific Partnership, or TPP 11. Canada and Vietnam have agreed to terms, prompting the new TPP-11 to be signed in Chile on March 8.

The new deal comes one year to the day that President Trump withdrew from TPP, one of his first acts when he took office.

The U.S. Wheat Associates and National Association of Wheat Growers said the new deal puts U.S. wheat demand overseas at risk. "The announcement today that the eleven remaining TPP members have concluded talks on a revised deal without us sends another discouraging signal to our long-time wheat importing customers in Japan,” said Ben Conner, director of policy for U.S. Wheat Associates.

Once the new TPP is fulling implemented, tariffs on Canadian and Australian wheat to Japan will drop by $65 a ton. U.S. wheat would be disadvantaged. Gordon Stoner, president of the National Association of Wheat Growers and a farmer from Outlook, Mont., challenged the Trump Administration to begin opening up new markets.

“If nothing else, this announcement should serve as a rallying cry for farmers, ranchers and dairy producers calling for the new trade deals we were promised when the President walked away from TPP," Stoner said. "The heat needs to be turned up on the administration and on trade negotiations with Japan. An already stressed agriculture sector needs the benefit of free and fair trade now.”

Toshimitsu Motegi, Japan's minister for economic revitalization, noted in the Nikkei Asian Review, "We will continue to explain the importance of the TPP to the U.S., and we hope they will rejoin the pact."

Kent Baucus, who oversees international trade and market access for the National Cattlemen's Beef Association, said that withdrawing from TPP has become a missed opportunity to gain better access to growing markets. "As we now enter a pivotal round of NAFTA negotiations, the last thing we need is to take a step backwards in our relationships with Canada and Mexico," Baucus said.

Baucus also noted that Gregg Doud, nominated by President Trump as the chief agricultural negotiator, continues to sit on the bench waiting for the Senate to take up his nomination.

But the Australians are pleased.

As the website The Guardian reported, Australian Trade Minister Steve Ciobo, speaking from Davos, told Australia's Radio National the deal would increase access to Japan for Australian beef producers, resulting in a "more rapid decrease on tariffs" that would provide a competitive advantage "at the expense of U.S. beef producers."

The Guardian added, Australia’s National Farmers’ Federation chief executive, Tony Mahar, said the resurrection of the TPP was a “really good thing for farmers." “It will provide more opportunities and market access for us to sell our food and fiber,” he said. https://goo.gl/… 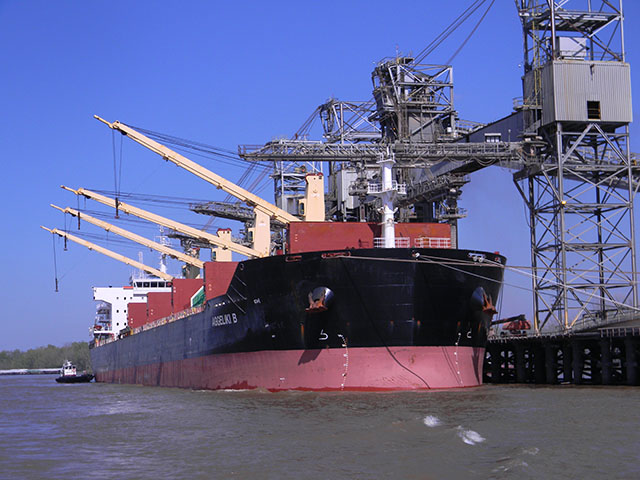