SAO PAULO (DTN) -- Many people know Sao Paulo because of its bad traffic. But, it is not the case today. Even in the busiest street, some people are walking, some bikes pass by, a few buses and cars drive by easily. Many companies allow people to work from home, or just closed shop.

A truck drivers' strike from last week almost shutdown the city, no, actually the whole country of Brazil. The situation is creating turmoil in South America's largest economy as gas stations have run empty and a broad array of industries are being affected as a result.

"This situation is the worst in my life," said Alexandre Girard, Director of IBN Assessoria & Investimentos in Sao Paulo. "Because all the diesel and gasoline are shipped by trucks throughout the country, a truck drivers' strike actually has a larger impact on all (the) transportation system that depends on fuels."

President Michel Temer announced an agreement had been reached to end the strike by lowering diesel prices, news reports stated, but the gridlock and protests continued into Tuesday.

Though it looks like the strike is mostly affecting people's daily lives, it also is affecting the country's agriculture industry, from the production side to processing and exporting side.

"Some farmers started harvesting their corn last week, it is still not the season of full speed harvesting, so the impact on second crop corn harvesting is limited," said Ricardo Arioli Silva, a farmer in Mato Grosso. "Many farmers have their diesel tank that can run the farm for one week. If the strike keeps going on, we will definitely have problems."

Though the current impact on harvest is limited, Silva believes that the impact on processing and livestock is big. "I talked with a slaughterhouse manager and some livestock farmers today and realized that they had problems shipping their meat out because there are no trucks, so they have to shut down the operation and animals have to be in the (pen) for more days."

Soybean crushing plants are also being affected. Most crushing plants have stopped their activities since the first days of the strike. Even though crushing plants, at the moment, still have a high level of soybean stocks, they have a small storage capacity for oil and meal -- about two to three days production capacity. Due to the lack of trucks for expedition, crushers have no other choice but shut them down.

Another impact of the strike is being felt at the ports. Some of the main port terminals in Brazil already stopped operations, though others still are able to operate counting on their existing stocks plus their pipelines. "Even if the strike stops today, it is inevitable that most ship-loaders throughout the country will stop due to the lack of grains," said a chief operating officer of one of the largest trading houses in the country. "The pipelines to feed the ports will take about two or three days to get back to normal after trucks start moving again," he added.

ANEC, the Brazilian Association for Grains & Oilseeds Exporters, already sent a memo claiming the "Force Majeure Clause" for those cases where vessels will have to wait more than expected to berth due to the strike.

"We all thought that the situation would be better and drivers would go back to work as the government threatened strikers to stop blocking the roads or they would use the army to clear them last night," said Victor Manuel Simoes Pinto in an email. Pinto is the director of Cargonave, a port service company in Paranagua, one of Brazil's largest soybean export ports.

But, things are keep going on. "You see occasional trucks parked in the ports but they are empty and must want to go back home, Pinto said.

So far, the strike is keep going on and the situation is getting worse. 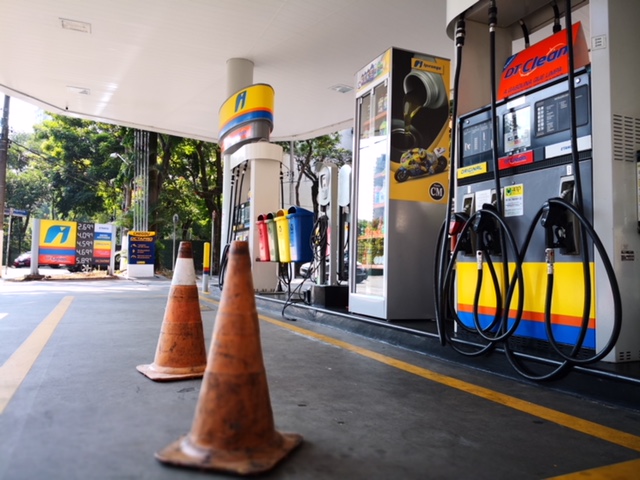