DECATUR, Ill. (DTN) -- The Illinois Fertilizer and Chemical Association (IFCA) has issued a statement on dicamba stewardship supporting June 30 as a cutoff date for application in that state.

Concerns with weather-related planting delays of soybeans have some in the agriculture industry beginning to question the cutoff date, said Jean Payne, IFCA president. "IFCA felt it important to again communicate the primary reasons for the cutoff, which have not changed," she added.

In February, the Illinois Department of Agriculture (IDOA) hosted meetings to discuss the management and regulation of dicamba use on soybeans. As a result of those discussions, the department implemented a 24(c) Special Local Needs Label with several protective measures. The most notable of those was an application cutoff of June 30, 2019.

In 2018, IDOA received 546 total pesticide complaints, including 330 dicamba-related complaints. In 2017, there were 430 total complaints, 246 of which were related to the use of dicamba on soybeans. Prior to the 2017 introduction of the new formulations of dicamba for use on tolerant soybean varieties, total pesticide misuse complaints average 110 per year from 1989 to 2016.

"The weather delays this spring have been a huge challenge," Payne said. "However, our industry's commitment to stewardship is often tested when conditions make it difficult to conduct normal operations. But it is our resolve to do the right thing, even when it is difficult, that makes the IFCA organization so successful in terms of managing pesticide and nutrient policy so that we have the trust of other organizations, and the legislature, to effectively police ourselves."

IFCA issued the following reasoning of why it would not support an extension of the cutoff date:

1. The reason for the cutoff date is to protect sensitive crops (orchards, specialty crops) and sensitive areas (trees, residential areas and other natural areas). Application of these products in the summer months, as temperatures increase, can increase the volatility of even low-volatile formulations of dicamba. The fact that many specialty crops, trees and other sensitive plants have reached mature vegetation and/or reproductive stages by July poses a more pronounced risk to those plants and areas from any off-target movement of dicamba. The industry group that met in February acknowledged that the June 30 cutoff would preclude the use of dicamba on double-crop soybeans, but believed this decision to be appropriate given that sensitive areas, trees and specialty crops such as orchards and vineyards are also prevalent in the Southern Illinois landscape.

2. The possibility of late soybean planting was discussed at the IDA-Industry meetings. However, establishing a cutoff date would still, even in a year when soybean is planted late, enable the use of dicamba in soybean in early growth stages in the majority of instances where a dicamba application is desired. Soybeans planted prior to May 15 must already abide by 45 days after planting restriction for dicamba application, which in those instances will occur prior to June 30.

3. The long-term use of dicamba in soybeans and corn is paramount. In supporting the cutoff date, the Illinois ag industry looked at what can be gained, versus what can be lost, in terms of herbicide needs for both soybeans and corn. If complaints to IDA from both farmers and the non-farming public do not decrease in 2019, the future use of dicamba in all crops is in serious jeopardy. There are methods available to successfully manage weeds, using dicamba as a tool, but not as the singular product choice. The impact of dicamba on trees and sensitive areas is a major concern of the non-farming public; if we cannot reduce complaints and off-target symptoms, there is a high probability that the Illinois legislature may take up the issue of dicamba use, and other pesticide uses, resulting in potential restrictions that would be far more onerous than a reasonable cutoff date for dicamba use.

The University of Illinois also issued a statement on May 6 to provide guidance for weed management options given the June 30 cutoff date and other label considerations.

University of Illinois weed scientist Aaron Hager reminded Illinois growers that there are actually four cutoff dates to keep in mind in the state with regard to dicamba:

Farmers in other states have different requirements and should adhere to state labels. However, Hager's bulletin also contains generic information on how to manage weeds in late-planted situations. To read the entire bulletin report go to: http://bulletin.ipm.illinois.edu/…

To read the entire IFCA statement in support of the June 30 cutoff go to: https://ifca.com/…

Previous Post (Bees Be Gone)
Next Post (Lessons From a Crop Tour: People and Experiences Matter. Social Media Does Not.) 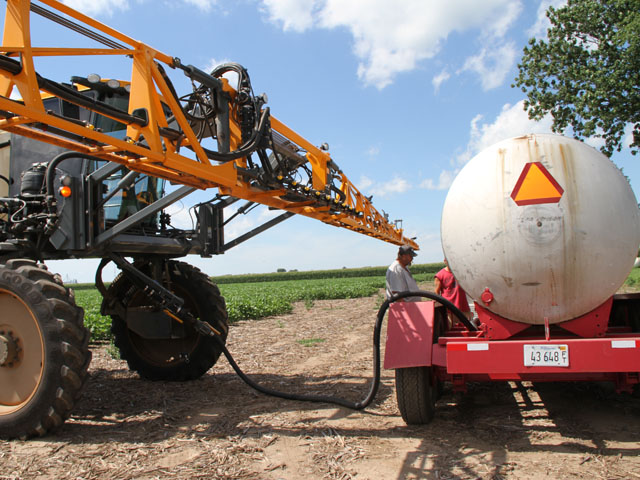