Typically, our goal at DTN is giving you the information and insights you need to make daily business decisions.

That's usually pretty satisfying, fun even, as we know when a story, insight, column or video is posted it's ready for you to digest and use in that decision making.

Then there are days that aren't so fun. Covering family tragedies, natural disasters, economic hard times. Or the need to point a finger at a growing problem for agriculture, as our staff reporter Emily Unglesbee is doing this week. Her look at the state of seed treatments knits together nearly a decade of reporting on this topic, while uncovering new concerns.

Sure, there's satisfaction in covering a difficult issue well, which Unglesbee does. But there's really not a lot of genuine joy in needing to take a sobering look at unintended consequences of what should be a positive technology.

In her piece, found here https://www.dtnpf.com/…, Unglesbee takes a deep look at the unintended consequences of a popular and common part of crop production, protecting today's high-value seeds with a plethora of insecticides, fungicides and other biological products.

As she points out in the piece, placing pesticides on seed has a lot of benefits. It's truly site-specific technology: Instead of broad applications across the field, we're putting just what each seed needs right there where it's needed.

There also is strong logic to farmers opting for having a large percentage of the seed they'll plant, especially corn, pretreated. As farmers today routinely plant more acres in a shorter time span, there's genuine business sense in knowing those first hundreds or thousands of acres of seed we've planted are protected from insects and diseases we might not have time or ability to look for while we're planting the next hundreds or thousands of acres.

The treatments today are applied with high-tech accuracy in protected facilities. Gone are the "pink arm" days of dumping a bag of seed treatment into the planter box and stirring up the mix out in the field. There are real benefits to that as well, and not just for the inside of the family washing machine.

But as Unglesbee points out, that "upstream" treating and the seed industry's desire to simplify seed handling and logistics means we're now treating nearly every nonorganic corn seed, more than 70% of soybeans, 62% of cotton and 56% of wheat seeds shipped to the farm.

That's a lot of product going out into the landscape, even in the minute quantities that go on the seed. The issues around bees and other pollinators and the popular neonicotinoid seed treatments are well known, and unfortunately fairly well documented.

We're also beginning to see levels of these chemicals show up in other wildlife -- and in some cases in humans. That doesn't mean they're an imminent danger to us, there is a big difference between detection and toxicity. But let's face it, it's unnerving to find things where they don't belong.

And now there's a new issue with these products: What to do with the growing amount of discarded, treated seed at the end of each season. Why is this a problem now?

We're ordering more seed all the time, as we push yields by pushing population rates.

The lifespan of a hybrid or variety is getting shorter. Where a top corn hybrid number may have lasted five to seven years in the past, it's now lucky to make it two, perhaps three, seasons before being replaced by improved genetics. That cuts into a seed company's ability to carry over and sell unused seed from one year to the next.

It all adds up to what Unglesbee's sources estimate as enough yearly cast-off corn and soybean seed to fill 25 or more 110-car unit trains. And it's all treated with pesticides.

This is how we ended up with the environmental mess that has come to Mead, Nebraska.

Back in the day, seed companies would simply incinerate the small amount of discard treated seed each year. But the costs of transporting and incinerating today's boxcar loads apparently have become cost prohibitive. Landfills apparently don't really want or can't handle the mountains of discarded seed either.

The idea of turning the seed into ethanol apparently didn't work out either, as has been well documented in stories about Mead.

I used the word "apparently" many times just above, as here's another troubling thing about treated seed: No one wants to talk about it. Not the seed companies, nor their industry representatives. Not even the government agencies whose charter it is to deal with such issues.

In reporting for Unglesbee's story, and others related to the Mead ethanol plant that's become infamous for mishandling discard seed, we've made a number of entreaties to all levels of the seed industry in order to do a thorough job of both understanding the issue and discussing ways that it might be dealt with. We wanted to share the good news, or at least explore the alternatives, the strategies for dealing with an issue that seems suddenly upon all of us.

But we had the door summarily slammed in our faces. Repeatedly. No one wants to share how big the problem really is. Estimates by Unglesbee's sources are just that, estimates. Yes, there's a "task force" looking into the issue, but like so many things in the crop chemical and seed industry, all of that is behind closed doors. EPA, as so often is the case, takes little responsibility for the situation because they continue to conduct business within the collective blindness created by the letter of the Federal Insecticide, Fungicide and Rodenticide Act and their inability to peer too far beyond the D.C. Beltway.

Breaking that silence is perhaps the real purpose for the amount of work a reporter pours into a subject as Unglesbee has done here.

There rarely is genuine joy in such work, but there is satisfaction if it gets us all to start talking about the subject.

Greg Horstmeier can be reached at greg.horstmeier@dtn.com 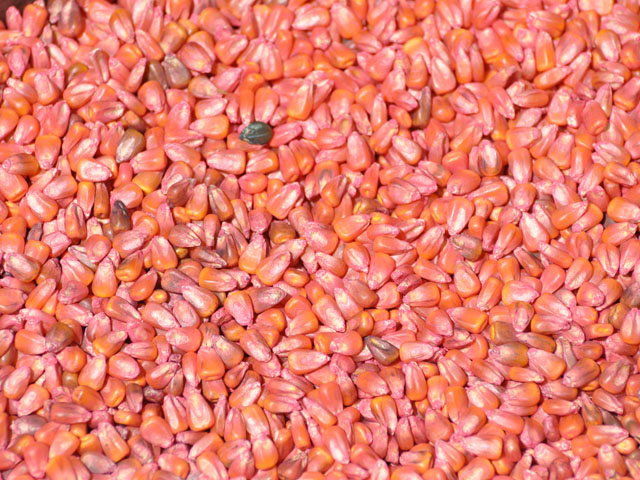 POverby838025885
8/6/2021 | 5:59 AM CDT
Revive this discussion in October when the seed sales folks are making calls to try and get early orders booked. That would be the time for farmers to ask for untreated seeds to do some trial strips in their fields.!