The British Columbia government declared a provincial state of emergency on July 20, with a reported 268 active wildfires burning (down from 275 fires this morning) on July 22 and 23 current evacuation orders and alerts in place. It is a tense time for much of the province, while air quality has also been an issue for B.C. and surrounding provinces and states. This state of emergency is in place for 14 days and can be ended or extended as required.

The Port of Vancouver operations update for July 21 shows one concern being a fire between Revelstoke and Kamloops on the CP mainline, although this is not expected to have a major effect on operations.

There are issues faced in the movement of all commodities for export through the port, which includes reduced speeds mandated on the railways and line outages. The port's operation update indicated that rail activity was steady as of July 21.

The uncertainty and bottlenecks in the west have influenced railway performance on the Prairies. The AG Transport Coalition's Weekly Performance Update for week 49, released on July 22 and later than normal, shows Canada's two major railways combined spotting 69% of the hopper cars wanted for loading during the week wanted at prairie elevators. This is down sharply from the 93% reported in the previous week. CN spotted 55% of the cars wanted, while CP was able to place 83% of the cars wanted during the week wanted. This was their poorest combined performance in 19 weeks.

While no one wants to see backlogs, if there is a silver lining, it is that demand for shipping is lower for grains late in the crop year, with supplies of many crops seen tightening and demand waning. In week 49, 5,901 cars were wanted for loading, up from the previous week while still the second-lowest weekly demand reported this crop year. During week 49 of 2019-20, 10,316 hopper cars were wanted for loading, while the three-year average for the week is 7,811 cars. Week 50 data will be released on July 23.

The Ag Transport Coalition's Daily Network Status as of July 21 shows 8,691 hopper cars on wheels, above their 8,000-car threshold for 10 consecutive days, while so far in week 51, the loads on wheels are up 3% from the previous week. Much of this gain is seen due to improvements in the Vancouver shipping corridor.

At the same time, the count for cars not moving 48 hours or more increased for the first time in seven days on July 21, growing by 319 cars to 2,733 cars. This bears watching, although the daily average so far in week 51 is 2,820 hoppers, which is down 18% from the previous week.

The Vancouver corridor shows the largest improvements, with unloads of 547 cars on July 21, or 83% of the total 660 unloaded, while the average so far in week 51 is up 25% from one week ago.

The Port of Vancouver app shows 74 vessels in the port in total, of which there are five vessels for grain at berth and nine at anchor.

The situation can change by the hour, as winds and temperatures change and new fires start, whether by lightning strikes or some other means. One of the more recent fires at Sicamous on Canada's No. 1 highway was the result of a car accident.

A talk radio host quoted unknown experts today that indicated this severe fire risk could last for another six or seven weeks. Historical B.C. wildfire data records activity through to Oct. 1, or what they refer to as the end of their fire season. The current uncertainty could be with us for some time and linger into the new-crop harvest. 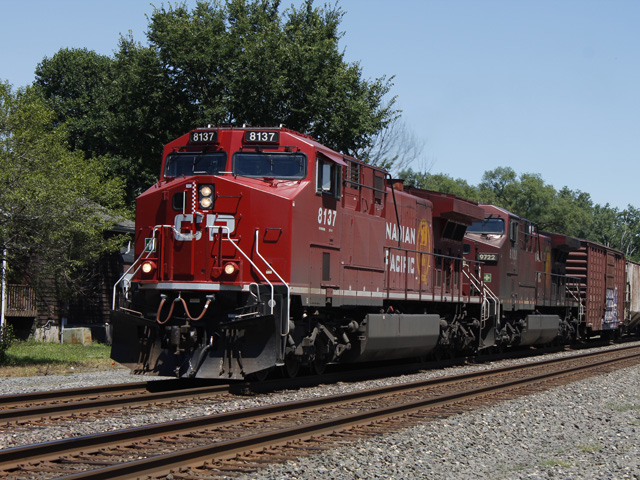