In a series of angry tweets two years ago, President Donald Trump ordered American companies to leave China. The order exceeded presidential authority, so companies ignored it, and like many Trumpian outbursts it soon faded into obscurity. (https://www.washingtonpost.com/…)

Still, the idea that the U.S. should reduce reliance on China in key industries was around before Trump issued his order and has never gone away. "Decoupling" goes hand in hand with the increasingly negative national mood about China. So, when shortages of critical Chinese-made masks, ventilators and other medical equipment developed during the early months of COVID-19, the decoupling talk got louder. (https://www.marketplace.org/…)

Despite, or maybe because of, the change in administrations, the talk has recently gotten louder still -- and a lot more specific. Two examples:

-- Congress is working on a $247 billion industrial-policy bill promoting more scientific research and domestic semiconductor manufacturing. The Senate passed it with significant Republican support; some House Republicans have qualms, but it could pass the lower house, too. The motivation for it is clear: a conviction that the U.S. can't be dependent on a rival country for critical technology. (https://www.nytimes.com/…)

-- The Biden administration has issued a 250-page report outlining ideas for strengthening "supply-chain resilience and domestic competitiveness" in a number of industries, including rare-earth materials, vaccines and large-capacity batteries. (https://www.whitehouse.gov/…) The intent, again, is lessening America's reliance on China.

How far decoupling, as opposed to talk of decoupling, will go remains to be seen. But the talk, along with some actual decoupling, is likely to continue for a while. Being dependent on an adversary is never comfortable, and that's how China is increasingly seen. American policymakers don't worry about U.S. industries' interdependence with Canada or Mexico. They worry about China.

The worries center on imports. No one's talking about decoupling for exporters. Should they be?

One of the biggest exporters, American agriculture, has been recoupling with China. In the first six months of this fiscal year Chinese purchases of U.S. ag products rose 197%. There's reason to think this recoupling will continue.

For the full year, USDA forecasts record exports of $35 billion. (https://www.ers.usda.gov/…) DTN Lead Analyst Todd Hultman predicts that in the year beginning Oct. 1, "China's bullish demand should continue to be an important source of support for U.S. corn and soybean prices, at their highest levels since 2013." (https://www.dtnpf.com/…)

Feast beats famine any day, but even while feasting farmers and ranchers share some of their countrymen's qualms about China. They know from experience that ordinary market forces can quickly turn recoupling into decoupling. They're wary of becoming too dependent on any country but especially a rival country.

But at least their banquet table is spread. Contrast that with the situation of another group of American sellers to China -- the companies that make airplanes and airplane engines.

COVID-19 has put plane orders on hold. Worse, China's state-owned aircraft maker Comac has developed a competitor for the Boeing 737 and Airbus 320. It's not ready for prime time yet and it will start by using foreign-made engines. But it could be on sale around the world in a few years, and China is working on the engines.

What if the Chinese government orders the country's airlines to buy their planes from Comac? What if the subsidies it's received enable Comac to undercut its foreign competitors on price? Judging from experience in other industries, World Trade Organization rules might not be strong enough to deter China.

The other day, the U.S. agreed with the EU to end the 17-year-old Boeing-Airbus aircraft subsidy tiff. The Wall Street Journal interpreted this agreement as being about presenting a "united legal front" at the WTO if the worst fears about Chinese competition materialize. (https://www.wsj.com/…)

Could the fears about Boeing and Airbus be exaggerated? Maybe, but they're understandable. Imagine how nervous American growers would be were China expanding domestic production of soybeans massively, enough for self-sufficiency, enough even to compete in export markets?

If the U.S. decouples some critical industries it will, to some extent, be a reaction to Chinese decoupling. For years now, China has worked to develop dominant high-tech industries. When it succeeds, it stops buying from foreigners and starts selling to them. If it realizes the goals of its 2025 plan, many more foreign industries will be replaced.

America's farmers and ranchers can be thankful that their industries are not on China's target list. As the competition between the U.S. and China in other industries intensifies, though, China will naturally try to avoid becoming too dependent on American agriculture. By the same token, American producers are right to be wary of becoming too dependent on China. Even as they recouple, both sides of the ag trade will be looking to diversify, a nicer word than decouple. 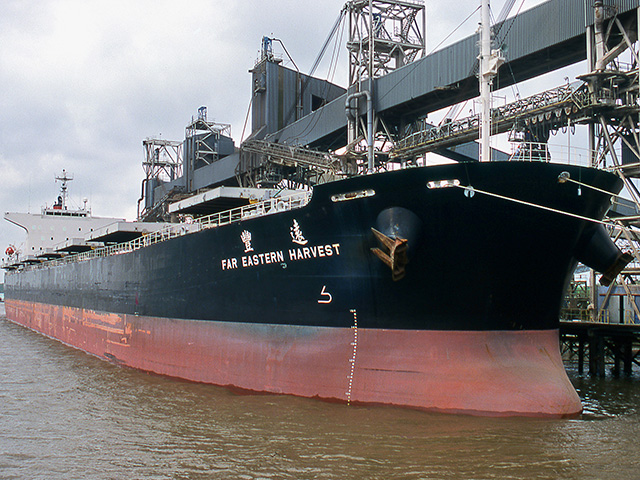