Empowered by genetic engineering, scientists are on the verge of being able to do something that could change the world. We're talking about shrinking, if not eliminating, geographical clusters of disease-bearing mosquitos. Wiping them out.

This raises an interesting question: If it's possible to eradicate specific populations of mosquitos, should mankind strive to take an even bigger step and render the entire mosquito family extinct, worldwide?

The temptation is to respond, "Why not?" Mosquitos carry malaria, dengue fever and other diseases, killing an estimated 1 million people every year. During summer in the northern tundra of Canada, mosquitos have been reported to form thick swarms that literally asphyxiate caribou. Even when mosquitos don't kill, their bloodsucking is mighty annoying. You bet we want to get rid of them all.

Except. Except that the ecological consequences of eradicating them could be significant. Many species of predators would be left without prey, many species of plants without pollinators. One researcher estimates that the number of migratory birds that nest in the Arctic tundra could drop more than 50%. (https://www.nature.com/…)

Of course, other insects might move in to fill the ecological niche -- but then again, they might not. Scientists know too little about some of the relevant food chains to say for sure.

Science writer David Quammen has raised another concern. Mosquitos, he argues, save rainforests, and rain forests play a critical role in reducing greenhouse gases. To the extent these "lungs of the planet" remain undeveloped, Quammen says, it's because "Mosquitoes make tropical rainforests, for humans, virtually uninhabitable." (https://www.bbc.com/…)

It's a tough choice, saving lives versus avoiding possible environmental catastrophes. Some people, of course, will find it easy to come down on one side or the other. Proponents of eliminating them all will have an especially easy time of it, as the benefits are fairly certain while the downsides are more speculative. As one pro-eradication scientist puts it, "The ecological effect of eliminating harmful mosquitoes is that you have more people. That's the consequence." (https://www.nature.com/…)

Others will be squeamish about the possible ecological consequences of man exercising godlike powers to extinguish an entire group of living things, even though these people also want to save millions of human lives. They'll wonder: Do we really have to choose?

Perhaps not. We can duck the question by arguing that it's probably not possible to eradicate all of the world's mosquitos, even with genetic engineering. There are just too many of them in too many different places. The question is fun to argue about, we might say, but it's ultimately hypothetical.

Another dodge is to look for Solomonic compromises. Only a tiny percentage of the world's mosquitos bite -- the females of about 100 of the world's 3,500 mosquito species. Arguably, then, it isn't necessary to eradicate all mosquitos. We can probably save the same number of human lives by eliminating fewer than 100 species, reducing the genetic diversity of the mosquito family by as little as 1%.

Then, too, there may be other solutions to the disease-carrying problem. That's because there's more than one way to genetically engineer a mosquito.

Start with two genetic-engineering techniques that should, over time, eliminate or come close to eliminating disease-bearing mosquito populations altogether. In the Florida Keys a British biotech firm, Oxitec, is releasing genetically engineered male mosquitos that play a dirty trick on their female mates. The female offspring die as larvae. (https://www.wsj.com/…)

The other technique in this category is to release males that have been rendered sterile. A group of scientists recently claimed to have sterilized males successfully using CRISPR, a gene-editing tool. Previous sterilization efforts had used radiation, but this produced males that couldn't compete with unsterilized males in the mating game. (https://www.economist.com/…)

But there is a way to fiddle with mosquitos that would save human lives without ending mosquito lives: Prevent them from carrying malaria, dengue fever and other diseases in the first place. In other words, don't destroy them. Immunize them.

Scientists have been working on this for years. By some reports, they're getting close. (https://www.newswise.com/…)

If they succeed, they'll achieve the ultimate Solomonic compromise -- millions of lives saved without risk to the environment. The answer to the question about eradicating the world's mosquitos will become, "Why bother?" 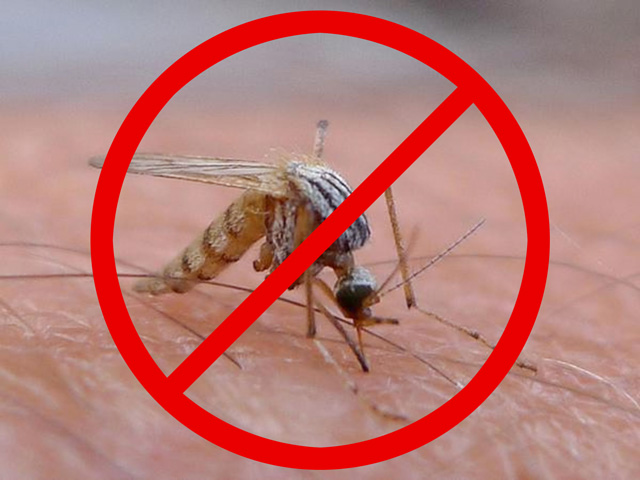