Extreme weather events just keep on keeping on. Wildfires rage -- not just in the West, but in the interior U.S. as well; some state wildfire numbers are second on record only to 2012. Flash drought in the central U.S. has flipped the grain market psyche from one of confidence over record yields to discussion over whether the harvest numbers will meet trendline. The heart of the top corn production state got ripped open by an incredible derecho. The tropics show no sign of letting up with Tropical Storm Sally targeting the central Gulf Coast. The post-Labor Day week saw the earliest snow on record in some locales of the western Plains.

And there's another extreme still with us in this calendar year -- the echo of the incredibly wet year 2019. Prevented-planting acreage is second on record only to 2019, largely due to producers' inability to harvest last year's corn because of heavy snow.

The large-scale framework -- the environment, so to speak -- that supports these extreme occurrences has been repeatedly predicted in Climate Change Assessment reports issued by the U.S. Global Change Research Program. The latest assessment report, issued in November 2018, makes this statement at the very beginning:

"Global climate is changing rapidly compared to the pace of natural variations in climate that have occurred throughout Earth's history. Global average temperature has increased by about 1.8 degrees Fahrenheit (1.0 deg Celsius) from 1901 to 2016, and observational evidence does not support any credible natural explanations for this amount of warming; instead, the evidence consistently points to human activities, especially emissions of greenhouse or heat-trapping gases, as the dominant cause."

In addition to the opening statement, the National Climate Assessment discussed the likelihood of extreme events like we are seeing to develop. Here are some excerpts:

"The frequency and intensity of heavy precipitation events across the United States have increased more than average precipitation and are expected to continue to increase over the coming century ... "

"These trends are consistent with what would be expected in a warmer world, as increased evaporation rates lead to higher levels of water vapor in the atmosphere, which in turn lead to more frequent and intense precipitation extremes."

Under higher future scenarios, assuming no change to current water resources management, snow-dominated watersheds in the western United States are more likely to experience lengthy and chronic hydrological drought conditions by the end of this century."

"Compared to damages from other types of extreme weather, those occurring due to thunderstorm-related weather hazards have increased the most since 1980, and there is some indication that, in a warmer world, the number of days with conditions conducive to severe thunderstorm activity is likely to increase."

"Forests in the interior Northwest are changing rapidly because of increasing wildfire and insect and disease damage, attributed largely to a changing climate. These changes are expected to increase as temperatures increase and as summer droughts deepen."

"Climate change has driven the wildfire increase, particularly by drying forests and making them more susceptible to burning. Specifically, increased temperatures have intensified drought in California, contributed to drought in the Colorado River Basin, reduced snowpack, and caused spring-like temperatures to occur earlier in the year."

So, none of the catastrophic events that we have seen over the past several weeks -- including the flash drought in the central U.S. -- are out of the realm of understanding. And, the only surprise is that the intensity of what we have seen is occurring sooner than expected. Sometimes Nature -- governed, as environmental scientist Rob Watson says, by biology, chemistry and physics -- has a different timeline than the predictions.

The full 2018 National Climate Assessment is at this link: 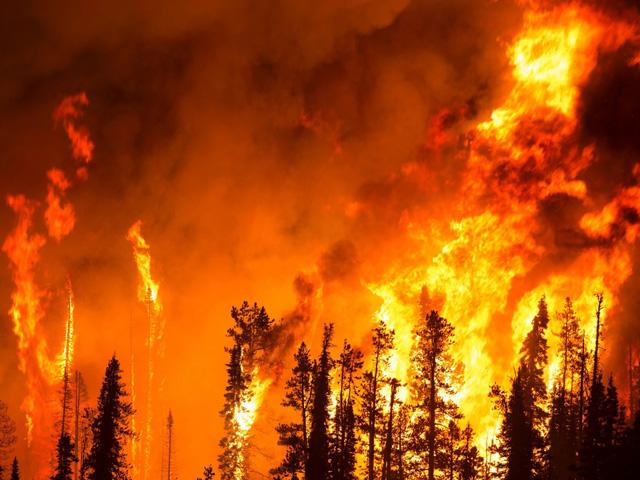