To no one's surprise, crop conditions declined during the first full week of July as a result of very warm to hot conditions and very little rain. The slip in soybean good condition to excellent condition combined values of three percentage points was a bit more than the trade was expecting. In a similar development, the combined total of good condition and excellent condition in spring wheat areas showed a decline of two percentage points despite periods of rain that moved through the Northern Plains.

There are definitely problem areas. The southwestern Plains remain smothered by drought and heat. At this writing, the southeastern Plains, almost all of Texas, and the Delta have either heat advisories or heat emergency notices. The cotton crop in Texas is 41% poor to very poor. Pasture and range conditions have declined as well.

Still, the total crop weather scene for corn and soybeans remains favorable and on pace for large crop size. Iowa and Minnesota row crop ratings both top the 80% total for good to excellent. Illinois and Indiana area are around the 60% mark. Nebraska corn and soybeans rate in the low 70% bracket on the good to excellent total. With the big production states sporting these kinds of ratings, it's hard to think of yield projections coming in under trendline on aggregate.

Conditions over the next week do bring some heat to a wide area for at least a period of time. Forecast models bring periods of showers to the Northern Plains and northern Midwest this week into next week. Meanwhile, showers and storms on either a widely scattered or isolated basis are suggested for parts of the Southern Plains and the Southeast. Upper atmosphere high pressure ridging will bring the heat; hot weather is indicated over the south-central U.S., especially southern parts of the Plains and Midwest this week and next week.

Looking to the six-to-10-day period ending July 24, the hot upper ridge will build across the U.S. with near zonal flow or weak and broad troughing near and north of the Canadian border. We can expect above-normal temperatures under the ridge. 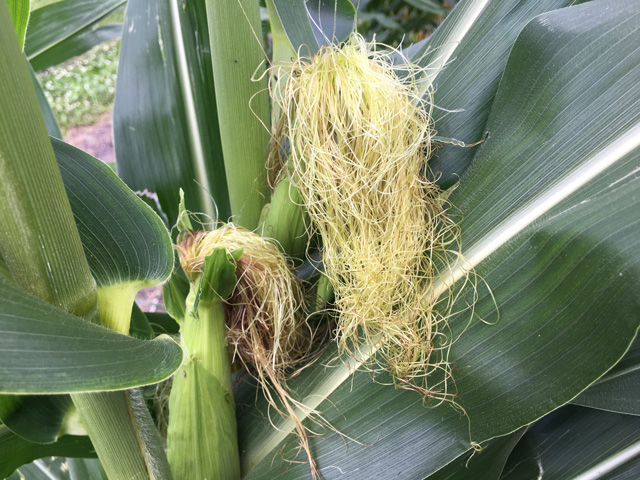