The big storm system that hit California over the Christmas holiday, as forecast, roared through the central U.S. during the Dec. 27-29 weekend. And, as of Dec. 30, the storm is still causing weather havoc in the northern Midwest.

This big storm dragged plenty of moisture from the Pacific Ocean into the southwestern U.S. last week. Then, when it moved through the Plains and Midwest, a healthy inflow of Gulf of Mexico moisture streamed in, and was wrung out with outrageous precipitation amounts. Rainfall of 1/2 to 1 inch covered almost the entire central U.S. except for the far northwestern Plains. And there were some sectors of the western and southeastern Midwest where rainfall totaled from 1 to more than 2 inches -- record precipitation in many instances, leading to flooding and standing water.

Snowfall was also heavy in the Central and Northern Plains through the northern Midwest. Estimated snow depth in Nebraska Monday morning was from 4 to 12 inches; South Dakota 8 to 16 inches; and North Dakota, Minnesota and Wisconsin from 12 to more than 20 inches. Heavy snow and strong winds led to road closure in central and northern Nebraska, no travel advised in much of eastern and central South Dakota, reduced speed advisories in central and eastern North Dakota, and bulletins for snow and ice-covered roads in Minnesota.

Forecasts for the next week keep an active weather pattern in place across the country. The Christmas holiday storm exits the continental U.S. by Jan. 2. However, a fresh round of energy from the Pacific is indicated for the northwestern U.S. on New Year's Day. Along with that northwestern energy, a developing disturbance from northern Mexico heads for the Gulf Coast during the first few days of 2020. Those two storm systems are focusing a new round of moderate to heavy precipitation over the Midwest, eastern U.S., and southeastern U.S. during the Jan. 3-5 weekend. So, just as 2019 had a stormy final weekend, that same feature is promising to highlight the first weekend of 2020 as well. 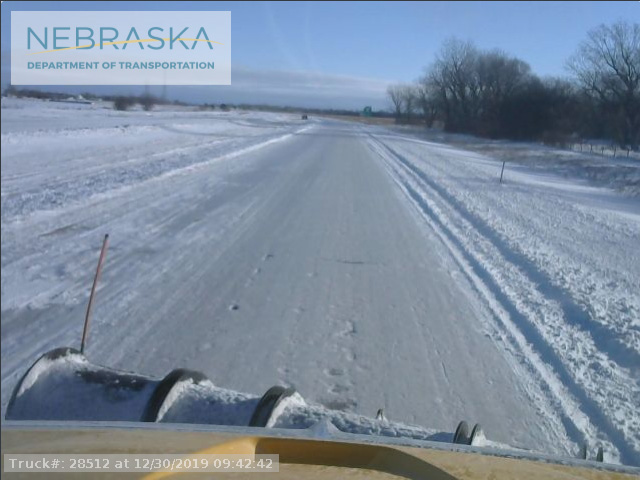