The past week saw harvest hit a standstill in the western Midwest. The week ending Oct. 8 was the wettest week in Iowa in more than three years, dating back to the week ending July 3, 2014. And, to no surprise, fieldwork days had the lowest number since last spring. Thus, harvest progress continues to fall further behind average.

The corn for grain harvest has yet to get underway in Minnesota and is less than 10% complete in Iowa; the situation is described as being around two weeks later than the five-year average. The only good news coming out of this rainy pattern is that topsoil moisture levels have improved significantly in Iowa and Nebraska following a dry summer.

More showers are indicated in the five-day forecast, with a possible break in the rainy trend and a more open period during the six-to-10 day timeframe. This drier trend, along with near- to above-normal temperatures, will be closely watched for allowing field drying and a resumption of harvest.

Meanwhile, the eastern Midwest has seen a more favorable pattern for harvest. Soybean harvest progress is running ahead of average. The corn harvest is behind average as producers concentrate more on soybeans. Top soils remain dry over much of the eastern Midwest, with the driest conditions in Illinois. Showers are expected to cause some harvest disruptions through the weekend, and mostly favorable harvest weather is expected next week.

Winter wheat planting progress in the Southern Plains is running well behind average in the major producing states of Kansas and Oklahoma. Some of this delay was due to rain over the past few weeks. With drier weather expected during the next seven days and adequate soil moisture, producers should be going full guns on planting as they do not want to get caught with colder weather limiting pre-winter development. Near- to above-normal temperatures are forecast during the next 10 days.

In the southern Hemisphere, we are keeping a close eye on conditions in central Brazil. After some moderate to heavy rains early in the month initiated more soybean planting, the pattern has turned hot and dry. There is no indication at this time of a return to more rainfall. This situation has likely already lead to a slowing of planting and could end up forcing some replanting if it continues. 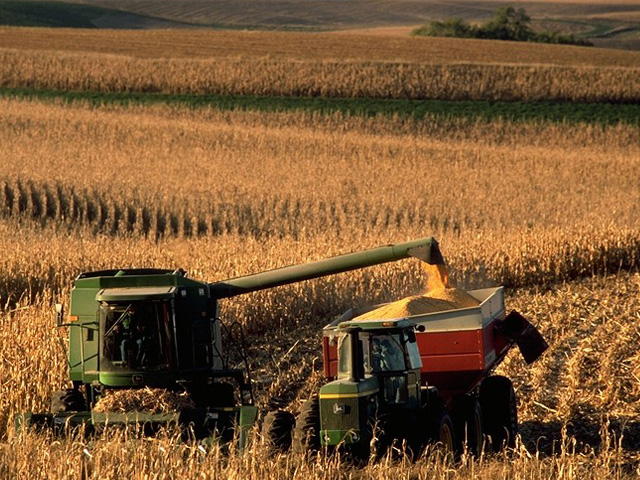