A fractured interstate bridge over the country's largest river is maybe a good reminder that maybe we really do need to mend some bridges around the country, and fast.

The I-40 bridge fracture and shutdown between Arkansas and Tennessee should add fuel to the fire regarding real needs to invest in infrastructure. As DTN's Mary Kennedy highlighted, not only is a major interstate bridge closed, but it also has at least temporarily shutdown barge traffic on the Mississippi River until the Coast Guard and others can determine the safety of barges passing under the bridge.

For travelers between Tennessee and Arkansas, the 40,000 vehicles of traffic -- including 13,000 or so semi-trucks daily -- typically carried by the 48-year-old I-40 bridge are now diverted to a 1949 bridge on nearby I-55 to cross the Mississippi River. Department of Transportation officials in Arkansas and Tennessee indicated it could take months to completely inspect and repair the bridge.

The I-40 shutdown here adds just another element in the infrastructure debate happening right now in Washington, D.C. President Joe Biden was expected to meet again Thursday with Republican lawmakers on his roughly $2 trillion plan. Biden also will apparently talk to them about the Colonial Pipeline situation, linking cybersecurity to infrastructure as well, and highlighting the vulnerabilities that occur.

Biden's plan calls for rebuilding some of the larger interstate bridges, as well as improving 10,000 bridges smaller bridges across the country. The plan also would upgrade 20,000 miles of highways, roads and bridges. Under Biden's proposal, transportation spending would increase $621 billion by 2030. Another $17 billion would go towards waterways, shipping ports and airports as well.

Biden had hosted congressional leaders at the White House on Wednesday, at about the same time Arkansas and Tennessee officials were holding a press conference to explain the reasons they had to close the I-40 bridge. There was little movement at that White House meeting to get an infrastructure bill to start advancing in Congress.

There is some movement to fund infrastructure, at least on the state level. This week in Missouri, the Legislature passed a bill to raise the state's gas tax by 12.5 cents over the next five years. It's the first time in 25 years the state will raise its gas taxes. Reports out of the state cite Gov. Mike Parson praised lawmakers for passing the bill. Before raising the tax this week, Missouri had one of the lowest gas taxes in the country.

“This bill provides much needed funding for road and bridge repairs, and we are excited to move forward on these critical infrastructure projects,” Parson said in statement.

Missouri's state gas tax, at 17 cents a gallon, will start increasing by 2.5 cents a year starting in October. Once it tops off in 2025, the tax increase is expected to generate more than $500 million annually for state, county and city roads, Associated Press reported. State lawmakers had stressed Missouri was falling way behind in funding needed road and bridge projects across the state. 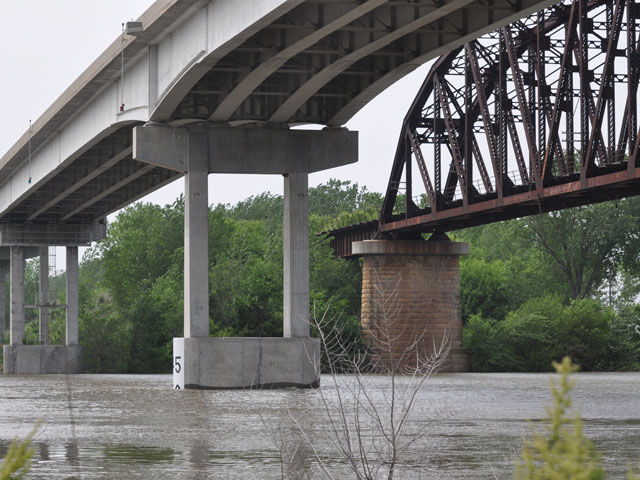 GBenedict826022207
5/14/2021 | 8:42 AM CDT
The best solution is the well-defined financing of bridge reconstruction at the expense of the state budget, with the possibility of attracting funds from local budgets and funds of investors and international financial organizations. Changes in society are reflected in both politics and people's way of life, the growth of the level of knowledge that can be exhausted from https://thesisleader.com/ with the achievement of goals.