If you have any questions for him, you can contact Steve at: Steve Thompson at Ask the Mechanic, 2204 Lakeshore Dr., Suite 415, Birmingham, AL 35209, or email: mechanic@progressivefarmer.com.

Here are Steve's answers to questions submitted by readers:

READER: I have a Kubota M125X that is the sweetest running engine we have had around our farm in many years. It is a five-cylinder, and I understand that it was not able to reach the latest Tier emission standards. However, it meets the "good" standards around our farm. But, it has developed a fuel-delivery problem. The problem began I noticed when starting the tractor, it would chug, miss, smoke and finally pick up and run, but at idle, it would continue to hunt (rev up and idle down). Finally, one morning, it would not start at all. I cleaned the water separator and changed the fuel filter -- no help. It would try to run but just could not get the air bubbles out of the system. Next, I changed the lift (transfer pump). I just knew that would fix it, but no help. I blew back through the line entering the transfer pump that came from the water separator and then straight into the fuel tank. It was clear. I don't think there is anything wrong with the injector pump. I just can't get enough fuel to it. Where should I go from here?

STEVE: I suggest you keep your old transfer pump. I feel that it is OK. I believe your problem is a simple fix that has caused fuel-delivery problems before. When you changed out the transfer pump, I bet you did not clean the little plastic screen that is the bottom fitting that delivers fuel to the transfer pump (see photo). It is hard to see it in there, but unfiltered fuel from the tank and water separator must go through it before it enters the transfer pump. It will more than likely be clogged, not allowing the transfer pump to deliver fuel to the fuel filter before it goes to the injector pump. Many brands of tractors have a fuel prefilter. Sometimes, they are "hidden" (like the Kubota M125X), and, other times, they are visible (like a 7130 Deere). Checking available fuel from the tank to the first filter or water separator is the key for blockage in the line or fuel tank. (Steve note: The reader did respond quickly that the hidden filter/screen did, in fact, fix his problem. He offered me a free ride on his Kubota M125X).

READER: I have a newer John Deere 5075E tractor. The dealer had told me when to work the tractor hard before I drain the break-in oil and replace with the regular oil. All that I have done with the tractor is put out hay.

STEVE: The tractor must be worked hard enough to seat the rings, which is usually something other than putting out hay. Many times, tractors are sold during the late fall and are used for light work, such as putting out hay all winter long. The lack of hard work before changing the break-in oil can cause excessive engine-oil consumption if the heavier viscosity oil is put in the crankcase before the rings are seated. It takes heat to seat the rings, and the real problem with trying to seat the rings without heat is because the regular oil-blend improvements have made today's engine oil "too good" to allow enough friction to seat the rings. Working the engine at some time or other during the break-in oil period is very important. The break-in oil is lower viscosity than the regular oil and will allow the rings to seat under load.

SAFETY ON THE FARM

I know I have mentioned before how net wrap can entangle anything around it. I had something happen to me that reinforces that thought. I was feeding rolls of corn stalk. They like to 'explode' when the wrap is cut, trapping the wrap under the bale. So, it works best if the roll is raised high with the hayfork before the wrap is cut near the bottom. Then, after some of the roll has fallen down, lower the bale somewhat, and remove the wrap by pulling it from around the bale.

As I was pulling off the wrap, a cow came around the side of the bale and caught the wrap on her neck. She spooked and took off running. I wish I had a video. The cow looked like "Super Cow" flying around with her cape blowing. I was fortunate not to have been standing on the wrap. 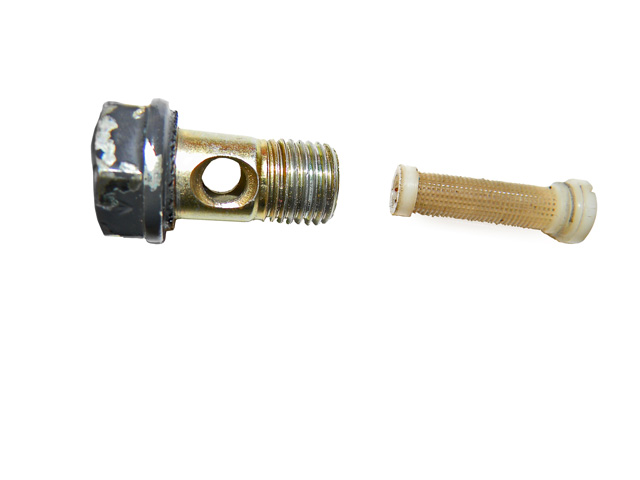