LINCOLN, Neb. (DTN) -- While the U.S. ethanol industry was lockstep enthusiastic about EPA's first foray into setting multi-year Renewable Fuel Standard volumes in a proposal made public on Thursday, folks in the biodiesel industry had quite the opposition reaction.

In short, EPA is calling for overall biofuels growth by about 2 billion gallons from 2023 to 2025, including modest growth even in corn-based ethanol.

On the advanced biofuels side, which includes biodiesel, EPA proposed modest increases in volumes although the industry already has shown its ability to produce volumes above and beyond what the agency sets in the RFS.

Another point to consider, a number of companies in the past year or two announced plans to expand soybean-crushing capabilities to make room for expanded demand for oil to feed exploding renewable diesel demand.

It raises an important question: What do lackluster biodiesel volumes in Thursday's RFS proposal mean for that expansion?

"This announcement, including proposed Renewable Volume Obligations for 2023, 2024 and 2025, is deeply disappointing for the biofuels industry and threatens the integrity of the RFS by significantly dialing back annual increases in volume obligations," the ASA said in a news release.

"Congress created the RFS program starting in 2005 'to reduce greenhouse gas emissions and expand the nation's renewable fuels sector while reducing reliance on imported oil.' However, this latest decision by EPA does not seem to support that intention and could leave farmers and biofuels industry partners who have invested in the government's goal in the lurch."

"This draft rule slams the brakes on progress being made in biofuels investment and growth," Doyle said.

"Instead of continuing to support available, low-emission plant-based fuel sources, EPA has changed course and seemingly is ignoring the major investments in and consumer demand for biomass-based diesel and other biofuels that exists right now."

What is may be most baffling is why EPA settled on biodiesel volumes below what the industry can produce and already is producing.

According to Clean Fuels Alliance America, EPA's own data show the U.S. market reached 3.1 billion gallons of biomass-based diesel in 2021 and already 2.9 billion gallons through October 2022, with two months left in the year.

Sen. Charles Grassley, R-Iowa, said while EPA's proposal brings certainty to ethanol, the biodiesel side of the equation needs something more robust.

"While the EPA announcement brings some consistency and certainty to blend levels for gasoline, it fails to take advantage of a growing supply of advanced biofuels that are used to move freight," he said in a statement.

Michael McAdams, president of the Advanced Biofuels Association, said in a statement the EPA is missing an opportunity with the current proposal.

"The EPA's 2023, 2024 and 2025 renewable volume obligations are a missed opportunity to invest in and expand the adoption of low-carbon advanced biofuels," he said.

"While the EPA's proposal provides much needed certainty for our industry, we are disappointed that the program has undervalued the advanced and biomass-based diesel pool."

The inbox flooded with reaction to the RFS news on Thursday:

-Rep. Angie Craig, D-Minn.: "We've seen that tapping the power of America's biofuel producers and our family farmers is a key component in helping us advance on many of our climate and energy priorities and stabilize our fuel market. So, I'm grateful to the Administration -- and especially EPA Administrator (Michael) Regan -- for recognizing the critical role that ethanol production plays in supporting our family farmers, lowering gas prices and increasing our energy independence."

-Sen. Tammy Baldwin, D-Wis.: "I appreciate the Biden administration's commitment to growing our biofuel industry and today's announcement is a step in the right direction for our homegrown, clean-energy economy. Stronger RFS standards not only support Wisconsin corn growers and biofuel producers, but also generate savings at the pump for working families, lower carbon emissions, and increase our energy security."

-National Farmers Union President Rod Larew: "As the administration is working to address climate change, we've long known that biofuels will play an important role in reducing greenhouse gases while having the added benefit of providing expanded opportunities for farmers. Today's announcement is welcome news, and we want to thank EPA for their continued support of family farmers. Moving forward, we encourage the EPA to look at continued growth in advanced biofuels."

-American Farm Bureau Federation President Zippy Duvall: "AFBF applauds EPA's proposed increases in renewable volumes under the Renewable Fuel Standard. Long-term stability and a clear indication of obligations for the next three years are welcomed along with the potential of additional producers participating under the RFS. Renewable fuels have been a tremendous success story for the country and our rural economy. The RFS has reduced America's dependence on foreign crude oil, reduced greenhouse gas emissions, increased farm income and provided good-paying jobs in rural America."

-Denny Friest, Iowa Corn Growers Association president: "Today's proposed increase in biofuel volumes is a win for drivers, a win for farmers, and a win for the environment. The stability and certainty provided by today's proposal sends a positive signal to corn growers and establishes a firm foundation to build on for even greater growth in higher biofuel blends through the Next Generation Fuels Act."

-Geoff Moody, American Fuel and Petrochemical Manufacturers senior vice president of government relations and policy: "Congress provided EPA the ability to modernize the RFS and set it on a more sustainable course for all stakeholders. Sadly, EPA's proposal is a missed opportunity. It doubles down on some of the program's most problematic elements without taking meaningful steps to address fundamental RFS design flaws or derive better carbon benefits from the program."

-Tom Haag, president of the National Corn Growers Association: "We are pleased with EPA's forward-looking approach of annual increases in the proposal. EPA clearly recognizes that renewable fuels like ethanol play a critical role in cutting greenhouse gas emissions, increasing U.S. energy independence and providing long-term relief to consumers at the pump. With continued pressure on energy security and costs and the need to accelerate carbon emission reductions, biofuels can contribute even more, and we will make that case to EPA for the final volumes."

-Brooke Coleman, executive director of the Advanced Biofuels Business Council: "We're encouraged that the Biden administration continues to recognize the powerful role that the RFS can play in decarbonizing transportation. The proposal could help unleash years of pent-up innovation in advanced and cellulosic biofuels. But we know from experience that the fine print matters, and we'll be working closely with EPA to ensure the volumes promised translate into actual gallons reaching consumers." 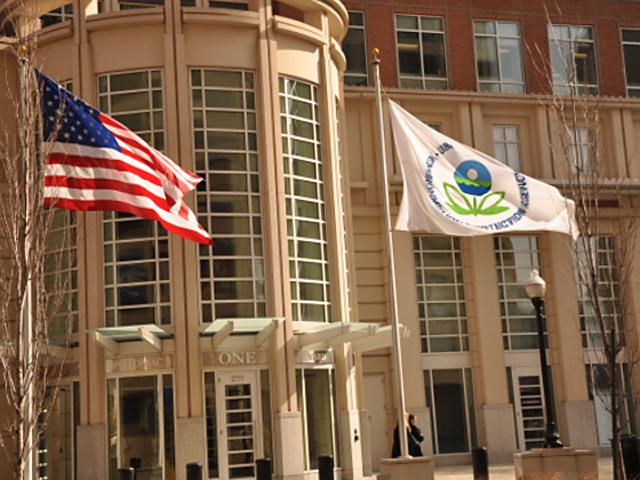