With the number of pending requests with the EPA for small-refinery exemptions now at 27 for 2019 and one for 2020, one biofuels interest group is raising concerns about SRE requests that don't appear on the agency's Renewable Fuel Standard dashboard.

When contacted for information about the number of retroactive waiver requests pending, the EPA referred DTN to the RFS dashboard, https://www.epa.gov/…

In a letter to Wheeler last Friday, Renewable Fuels Association President and Chief Executive Officer Geoff Cooper asked the EPA to reject any such requests.

Cooper wrote granting the requests would be "inconsistent with congressional intent, judicial precedent, EPA's own policies and regulations, and any sense of fairness to America's farmers and ethanol producers."

More than 70% of ethanol plants have either idled or scaled back production, as a result of the economic slowdown from COVID-19. The industry has been awaiting a decision from EPA on how it will handle the SRE program in light of a court decision from the U.S. Court of Appeals for the 10th Circuit in Denver.

Cooper called the requests for exemptions from previous years "no more than a thinly veiled attempt to circumvent" the court's decision.

"This end-run strategy was explicitly acknowledged by Under Secretary Menezes who described the prior-year exemption petitions as 'gap filings' intended to establish, without regard to merit, a continuous string of exemptions 'to be consistent with the 10th Circuit decision,'" Cooper said in the letter.

In that case argued successfully by the Renewable Fuels Association, the court ruled the number of small refineries receiving exemptions should have "tapered down" starting in 2013.

"If EPA accepts the nationwide applicability of the 10th Circuit decision, as RFA urges it to, this holding would foreclose refineries' attempts to backfill lapses in extensions of exemptions, as any lapse would evidence a year in which the refinery did not 'submit a meritorious hardship petition,'" Cooper said in the letter.

"Declining to review petitions from small refiners that have already complied with the RFS in prior years would also be consistent with the fact that Congress designed the exemptions to be 'temporary' -- a 'bridge to compliance' for small refineries, rather than a permanent road to non-compliance."

During court proceedings in the 10th Circuit, three small-refinery companies argued the agency could grant exemptions at any time, meaning for any year during which they could claim economic hardship from the RFS.

"The 10th Circuit noted the absurdity of a broader interpretation of 'at any time,' explaining that 'by that logic, the EPA could grant a 2019 petition seeking a small-refinery exemption for calendar year 2009 -- more than a decade after the fact,'" Cooper said in the letter.

"But this is precisely what certain refineries are asking EPA to do here -- to pretend there could have been a hardship years ago that could justify the granting of an exemption today, years after the compliance deadline had passed for the year the exemption is sought. Now, these refiners are attempting to re-write history in a cynical attempt to maintain an illegally exploited compliance loophole."

Cooper wrote the RFA was also aware of refineries resubmitting petitions for compliance years during which they already were denied exemptions.

"The 10th Circuit likewise addressed this possibility, noting that it would not support a reading of 'at any time' under which 'EPA would also be empowered to grant a re-submitted extension petition for an earlier year even though the agency had previously denied that very petition,'" he said in the letter.

In addition, Cooper said the agency continues to not disclose information on its RFS dashboard regarding the requests for exemptions from previous years.

"Clearly, only refiners applying for past-year petitions know what is going on at EPA, while biofuel producers and the general public are again being kept in the dark," Cooper said in the letter.

"The endless uncertainty of small refinery exemptions being available for any compliance year since the program's inception, whenever a refinery chooses to petition -- be it five, 10, or more years later -- would be devastating to farmers and the ethanol industry." 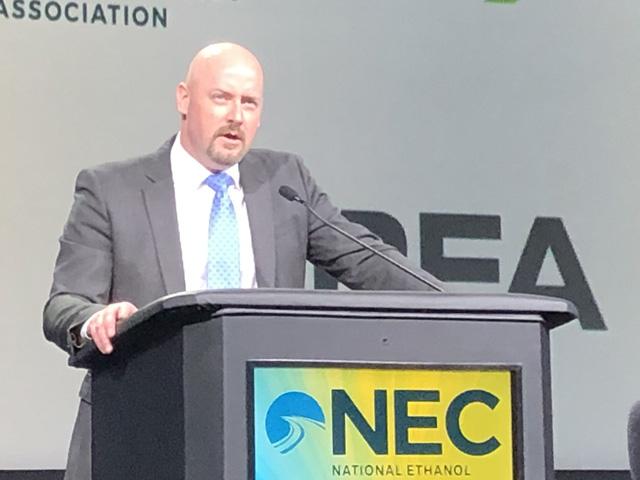