The world's scramble to slow global warming is introducing many changes. Increasingly wind and solar farms generate electricity. More and more drivers are switching to electric cars. The folks most concerned about the climate problem are flying less and even eating less meat.

There is, though, one major solution to climate change that changes essentially nothing for most human beings. It costs a fifth as much as reducing emissions from energy and industry. To make it work, very little has to be done. In fact, not doing something is the essence of it.

John W. Reid and the late Thomas E. Lovejoy have laid out this solution in their new book, "Ever Green: Saving Big Forests to Save the Planet." (https://wwnorton.com/…) Part biology lesson, part travelogue and part economic analysis, Ever Green makes a passionate plea to leave "intact forest landscapes" alone, to let indigenous people collectively run those they inhabit, to build protected areas around the others and, most of all, to stop dicing these forests up by building roads through them.

The book focuses on five "megaforests" -- the boreal forests of Russia and far-northern North America and the tropical rainforests in the Amazon, the Congo and New Guinea. Within those five lie most of the world's 2,000 "intact forest landscapes" or IFLs, forested areas of roughly 125,000 acres that are "free of roads, power lines, mines, cities and industrial farms."

Keeping them that way would not only help decarbonize the atmosphere. It would protect biodiversity and keep local weather cooler and moister. These IFLs are "more luxuriant, less fire prone and fuller of plant matter than jungles pierced by roads and hemmed in by farms."

Unfortunately, between 2000 and 2016 more than 10% of them were lost or fragmented. And even though these forests represent as much as 30% of the solution to climate change, between 2010 and 2015 they got just 3% of the total climate funding.

For American farmers and ranchers, Ever Green is relevant in numerous ways. Competitor Brazil has allowed soybean farmers to clear parts of the Amazon rain forest. The book urges this be stopped.

One of the issues that comes up in discussions of carbon credits for farming practices has a forestry echo. Why, some ask, should society pay farmers who were already no-tilling and cover-cropping? Why, in other words, pay someone who is already protecting the environment unpaid? Shouldn't the incentive money be aimed at changing practices rather than supporting existing ones?

By the same logic, some argue against carbon-credit financing for intact forests, which are already preserving carbon. Reid and Lovejoy have a cogent response that perhaps applies more to forests than to farms: Don't encourage forest managers to begin developing the megaforests, then claim the financing for halting development.

Underlying some of the book's themes is a trend that has picked up steam in recent years: the marriage of ecology and economics. Lovejoy, who died a few months before the book was published, was a renowned conservation biologist. He's said to have invented the term "biological diversity," which has since evolved into "biodiversity."

By putting monetary values on the "public goods" an ecosystem can provide, things like cleaner air and water or decarbonization of the atmosphere, conservation economists contribute to smarter cost-benefit analyses of proposals to develop or protect land.

Markets are starting to recognize the value of public goods. A subsidiary of the big investment-management firm T. Rowe Price recently paid $1.8 billion for 1.7 million acres of trees. It plans to manage them to maximize their carbon value, with only 10% to 20% of the expected revenue coming from harvesting wood. (https://www.wsj.com/…)

Despite these promising signs, the solutions to climate change that focus on creating new technologies to replace fossil fuels receive a disproportionate share of society's investments. Why not up the ante on a less demanding solution, intact forests? Reid and Lovejoy make a compelling case for doing just that. 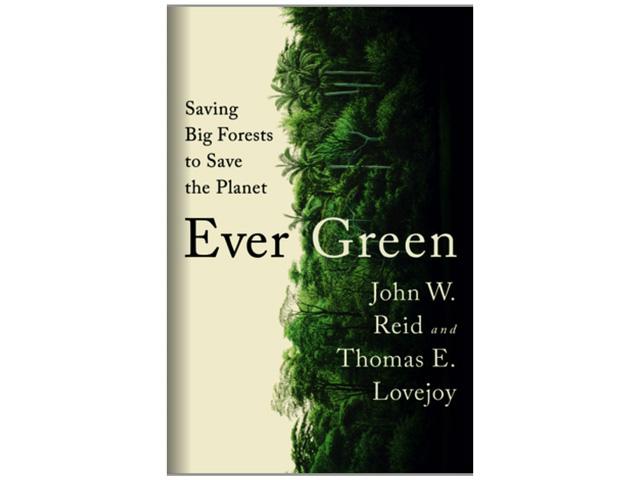