Rather than all this talk within the House and Senate Agriculture Committees about needs of farmers and food-aid recipients, what are the odds of Congress cutting the farm bill next time?

One option looks at eliminating commodity programs, conservation programs and culling back on crop insurance to save taxpayers about $90 billion over 10 years as well.

So far, reference prices have become a focal point in the growing number of field hearings and listening sessions that members of the House and Senate Agriculture Committee continue to hold.

"Accordingly, we would ask that you would pursue an additional baseline investment in these policies so that they can meet the needs of today and whatever new challenges may arise in 2023 and beyond," the farmer said. https://www.dtnpf.com/…

Similar themes were brought up just a week earlier in the House as well. That hearing included talk about creating a program that would focus on input costs and what that would take, considering that each commodity is a little different. https://www.dtnpf.com/…

In South Dakota last week, Rep. Dusty Johnson, R-S.D., told farmers input costs should be factored into commodity programs. "Reference prices for commodities probably need to be updated. We're in a very different market environment than we were a few years ago. We want to make sure we're accounting for higher input costs," the Mitchell (S.D.) Republic quoted Johnson. https://www.mitchellrepublic.com/…

While the country has spent all year talking about food inflation, Republicans on the House Agriculture Committee are mulling over cuts to food-aid programs. As the Food and Environment Reporting Network noted, Rep. Glenn Thompson, R-Pa., the ranking member the Agriculture Committee, noted domestic food aid programs have reached exorbitant spending levels, raising his "concern that pandemic aid is morphing into endemic aid."

Much like farmers with input prices, people on the Supplemental Nutrition Assistance Program (SNAP) have seen inflation hit them too. Food prices are up 10% compared to May 2021. So can we really talk about a farm bill next year that seeks to increase spending for farm programs but cut SNAP?

For a more consistent perspective on farm programs and food aid, you can turn to Republican Study Committee, whose membership lists more than 160 House Republicans. The RSC last month released a "Blueprint to Save America" as an alternative for President Joe Biden's budget and a plan for Republicans to use if they win the November elections.

The RSC's proposals matter because Republicans are favored to win the House this fall.

According to the RSC, "America's farmers would thrive" because of "pro-growth tax reforms and deregulatory measures." The RSC makes it clear there would be less regulation for farmers because of budget cuts to EPA and end the "Green New Deal's calls to destroy farming as we know it" would end as well.

In return for these pro-growth moves, U.S. agriculture would give up at least $90.4 billion in commodity, crop insurance and conservation programs over the next decade.

Rather than raise reference prices, the RSC plan would eliminate PLC and Agriculture Risk Coverage (ARC), the main commodity title programs in the farm bill. The RSC stated that eliminating the duplicative programs would save taxpayers more than $42.7 billion over ten years. The RSC doesn't detail if some form of commodity program should replace ARC/PLC.

On crop insurance, the RSC proposes a "modest reform" of reducing premium subsidies from 60% to 30% of premium costs and eliminate USDA paying for the administrative costs of crop insurance companies. Additionally, under the RSC plan, crop insurance subsidies would only be offered to pay for catastrophic policies. "This would save taxpayers more than $32 billion over the next ten years."

Under the Commodity Credit Corp., the RSC would require any action by USDA to use CCC funds to be approved by Congress. That comes after the Trump administration used CCC funds for nearly $23 billion in aid to farmers during the trade war under the Market Facilitation Program (MFP). Republicans in Congress have criticized the Biden administration for taping $1 billion for its climate-smart commodities pilot projects.

"The CCC has been given vast unilateral authority to buy surplus agricultural products to manipulate market prices for the purpose of the same kind of subsidies that PLC and ARC achieve," the RSC stated.

So the next time pork prices crash, USDA would need an act of Congress to step in and buy some.

-Ending the Conservation Technical Assistance Program (CTA), which costs about $780 million a year on 18.9 million acres: "The RSC budget would eliminate this program, which liberals hope to use to push their radical climate agenda."

-Dropping dairy programs, noting there multiple programs that are used for dairy farms. "Eliminating federal dairy subsidy programs would save taxpayers $2.9 billion over the next decade and reduce prices."

-Ending Agricultural Trade Promotion and Facilitation Program. The RSC cites the $250 million or so annually to commodity checkoff groups and private companies replicates the work of private for trade promotion.

RSC also would like to see SNAP and other food-aid programs removed from the farm bill. Instead, the RSC would like to see SNAP converted into a discretionary block grant to states. Essentially, states would run their own SNAP aid programs. Another RSC proposal would consolidate SNAP into the Temporary Assistance for Needy Families Program (TANF).

That idea of culling food-aid programs from the farm bill has been pitched multiple times in the past, but the strategy has repeatedly failed because Democratic votes are likely needed for any farm bill to pass. 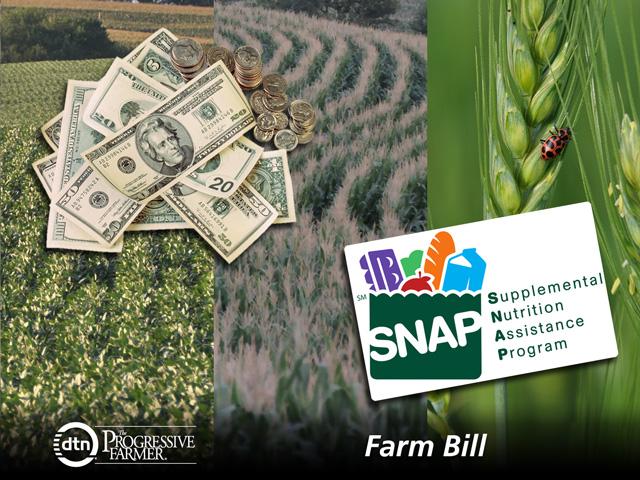