Rep. Dusty Johnson, R-S.D., summarized the state of the ag poicy when it comes to the House Agriculture Committee on Tuesday.

The committee gathered Tuesday to mark up a couple of pieces of legislation. One bill directed USDA to create a program with $500 million that gives grants to states to support state or county fairs that lose money because of COVID-19. The second bill recognized that July was National Blueberry Month.

Few people might have caught the House Ag markup because of the subject matter. Johnson had to sit through it and offered a rational question for Rep. David Scott, D-Ga., the committee chairman.

"Mr. Chairman, what are we doing here?"

Johnson then went on to point out that, beyond the importance of blueberries, there are other issues facing agriculture right now. The South Dakota congressman noted half of the country right now is in D-2 (severe) drought or worse.

"We have wildfires raging throughout the West," Johnson said.

Then there's African swine fever "a $50 billion threat" that is knocking on our doorstep.

As DTN's Todd Neeley reported Tuesday, ASF has now been found in Haiti. Probably not much of a surprise being on the same island land mass as the Dominican Republic, but it's still a growing concern. https://www.dtnpf.com/…

Johnson then talked about the committee's lack of enthusiasm or effort in dealing with the Livestock Mandatory Price Reporting law, which expires on Sept. 30.

"This committee has had two years and nine months under the leadership of the Democrats to bring up mandatory price reporting, which expired last year. The extension expires in nine days and yet we are not doing the very real work on that issue," Johnson said.

To add here, it's mind-boggling given all of the issues with cattle markets over the past two years that neither the House nor the Senate committees have made progress advancing a bill to update LMPR.

Johnson goes on to cite multiple pieces of legislation that could be on the table, some of which was introduced by his GOP colleagues, some of which is bipartisan in nature -- such as the CRP Flexibility Act he and Rep. Angie Craig, D-Minn., worked on together, and a local meats bill Johnson worked on with Rep. Abigail Spanberger, D-Va.

Johnson didn't mention he had introduced a provision in committee earlier this month to add $75 million for African swine fever prevention measures. His amendment was voted down by Democrats in committee who then wrote House leaders to ask them to put that provision in the reconciliation bill.

Johnson added, "These are serious pieces of legislation for serious times. And I am sorry Mr. Chairman, but I cannot understand why instead of dealing with ASF, wildfires, drought or mandatory price reporting, we are trying to earn respect for the blueberry. I hope tomorrow brings more serious work with this committee, and I yield back."

Now, I didn't sit through any of this hearing, and I understand Johnson wasn't the only one to voice these kinds of opinions. Johnson's press team (likely) posted a video of his comments on Twitter. While no one has more respect for the blueberry pancake than myself, I just had to agree with the congressman's sentiment here. 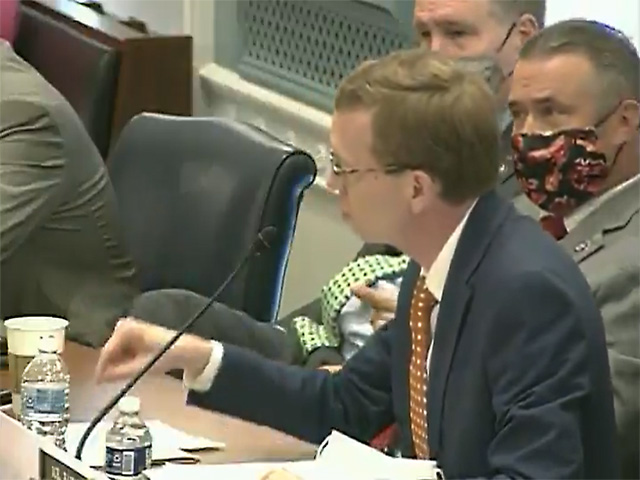