WASHINGTON, (DTN) -- Tom Vilsack, President Biden's nominee for Agriculture secretary, said Friday that despite the conflicts between the United States and China, the two countries need to cooperate on climate change, pandemic and cybersecurity policy.

The Senate Agriculture Committee has scheduled a confirmation hearing on Tuesday for Vilsack, who was Agriculture secretary during the Obama administration.

The U.S. relationship with China is “complex,” but no matter how competitive the relationship is on the economy and governance, “We need to cooperate on climate, pandemics and cybersecurity,” Vilsack said in an online symposium titled “Biosecurity, Infectious Disease, and the Animal-Human Interface” sponsored by the Coalition for Epi Response, Engagement and Science (CERES) at Colorado State University.

Vilsack, who has been a strategic adviser to CSU, said that even though “the inclination is to hunker down and take care of ourselves,” relationships with other countries can make the world a safer place.

Land-grant universities can help build bridges, Vilsack said, but the role of the extension service has not been appreciated enough. More money for public agricultural research is needed, he added.

He said that in both human and animal pandemics, the sooner a problem is detected the better, and that “incredible” coordination is needed in distributing vaccines.

Vilsack acknowledged that he is the first USDA secretary to serve in one administration to be asked to come back in another. He said that when he became secretary in the Obama administration he was “naive” about the scope of USDA but now will come “appreciating the breadth and importance of the department.”

Asked what keeps him up at night, Vilsack said his biggest concerns are responding to the challenge of COVID-19 and whether life can be made better in rural America in order to convince young people to return.

Even though some critics have expressed concerns about moving animals disease research from Plum Island in New York state to the National Bio and Agro Defense Lab in Manhattan, Kan., Vilsack said that the facility in Kansas is “incredibly secure” as well as modern.

Separately, Vilsack's nomination continues to come under criticism from Black farmers, civil-rights groups and progressives who complain he did not do enough in certain areas under his last stint as secretary. Over the weekend, the New York Times wrote about Black farmers and climate policies with critics questioning Vilsack's work in those areas.

“There's a very systemic problem of civil rights at the U.S.D.A., and Tom Vilsack is not the one to take on the issue and fix it,” Lawrence Lucas, a former official at the agency who heads the group Justice for Black Farmers, told the NYT. “He was there eight years and didn't fix it. So what makes us think he will fix it now?” 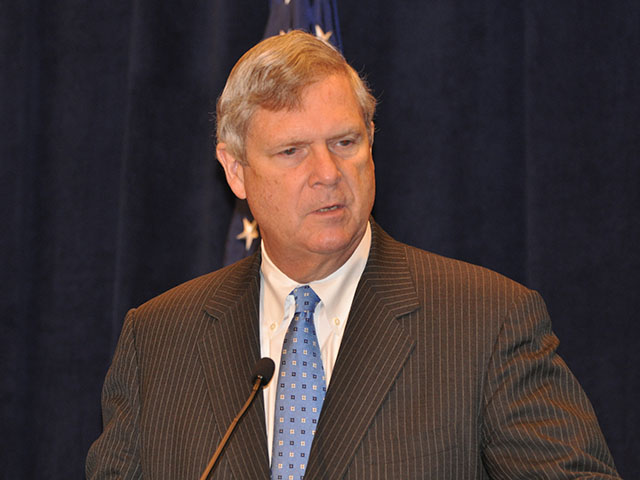