OMAHA (DTN) -- Iowa grain companies have told Sen. Charles Grassley that the Section 199A provisions benefiting cooperatives "would put them out of business if we don't do something" and revise the new tax law.

Grassley's advice is that Brady and Hatch should immediately issue a letter stating that they intend to correct the Section 199A provision and that any change would start from the date of an introduction of a bill to fix the language.

"So I think these chairmen need to put out such a statement that the Senate, which is the body most guilty for these (Section) 199 provisions, 'We screwed up and it's going to be changed, so don't count on this,'" Grassley said.

In looking to replace the Domestic Production Activities Deduction in the new tax law, new Section 199 language was added that gives farmers an extra 20% tax deduction on gross-income sales and dividends from farmer cooperatives. Tax experts, cooperatives and others have concluded that the tax change is a significant benefit for farmers who are members of a cooperative and sell to it, as long as the farmer's business is not structured as a C corporation, which is excluded from taking the new 20% Section 199A deduction.

"Our goal was to maintain the status quo for co-ops in the rewriting of the tax-reform bill," Grassley said. "It wasn't an effort to create an environment where they would have unfair competition against private elevators and private elevators being put out of business."

Grassley added, "Even the co-ops got to know we wouldn't do anything to hurt the competitive market force through this bill, and it has happened, so it has got to be changed."

So the situation has to be corrected, Grassley said. Currently, Sens. John Hoeven R-N.D., and John Thune, R-S.D., have taken a lead in trying to fix the language, but no details have emerged on exactly how that would happen.

Rick Tronson, a third-generation owner of Tronson Grain LLC in North Dakota, said he has seen some farmers change their sales, but most of his regular customers at his four elevators are sticking with him, so far. But farmers are being advised to hold off on sales for right now. Tronson said Congress needs to fix the situation quickly because sales will pick up in February. Weight limits imposed in North Dakota in March play into increased February sales, as do farmers needing to pay their income taxes.

"Guys will start marketing grain here in a few weeks like crazy just to get ahead of the load limits," Tronson said. "So there is a big grain movement coming up, and I'm hoping this will get taken care of before then. Guys will start hauling in for taxes coming up as well."

The board of directors for the North Dakota Grain Dealers Association met last week and voted to support language that mimics the previous Section 199 deduction.

"We're not in favor of any type of legislation, whether it be tax legislation or any other, that creates an un-level playing field for businesses operating in the grain industry," said Stuart Letcher, executive vice president of the North Dakota Grain Dealers Association. "We represent all businesses, whether it be co-ops or private, and one of our main purposes is to support a healthy, functioning marketplace. We don't feel this legislation, as currently written, does that."

Letcher noted staff from Sen. Hoeven's office spoke to the NDGDA last week and suggested that the tax changes could end up negatively affecting the farm bill if members of Congress believe it is too good a tax deal for farmers.

"Is it defensible in Congress to keep this deduction and then keep the crop-insurance subsidy program, then also ARC and PLC programs?" Letcher said.

Tronson reiterated that concern as well, especially when it comes to risking possible changes to crop insurance. "The guys sitting around here I'm talking to are kind of scared they get to keep it (Section 199A) because I have heard if this goes through, the farm program won't be the way it was."

DTN sought comment from several major private grain and livestock companies for this article. Only a spokeswoman for Bunge Limited provided any statement, noting, "We're assessing the potential impacts of this provision and we are working with our industry peers on various potential solutions."

At least some farmers also have argued the new tax provision should remain in place. The South Dakota Farmers Union issued a news release on Tuesday calling on Congress to leave the Section 199A language alone. SDFU points to the benefits farmers gain, deducting up to 20% of their total sales to a cooperative, and the offset of the old Section 199, the Domestic Production Activities Deduction. South Dakota Farmers Union also noted that private agricultural companies will benefit from the lower corporate tax rate.

Doug Sombke, president of the South Dakota Farmers Union, said the group's leaders visited with different cooperatives about patronage and dividend issues before taking a position on the new tax provision.

"My understanding is, this newly passed cooperative tax reform measure is unclear how it will affect our cooperative and their members," Sombke said. "The only way we will support further action on Section 199 is to see it revised to the way it was prior to December 2017 or left alone. Anything else puts our farmers' and cooperatives' tax position in jeopardy."

Grassley said he understands that at least some people in cooperatives don't understand why they should have to give up their new tax benefit.

"We have co-ops contacting people selling cattle to sell it through the co-op. The co-op takes a little bit of commission. Or others say, 'Why should I sell it to the elevator where I have done business for a long time? I will sell it to the co-op and get some advantage from the tax bill.' So we are having private elevator people tell us they are having instances of farmers telling them that."

The senator noted, however, that the overstated tax benefit was never meant to happen and is essentially an unintended consequence.

Grassley said people attending his town meetings over the past few weeks have raised the issue with him as well.

"It's something that's an unintended consequence, and if Congress knew it at the time, it wouldn't have gotten through," Grassley said. "But you find out some of these things afterwards. So it's got to be corrected." 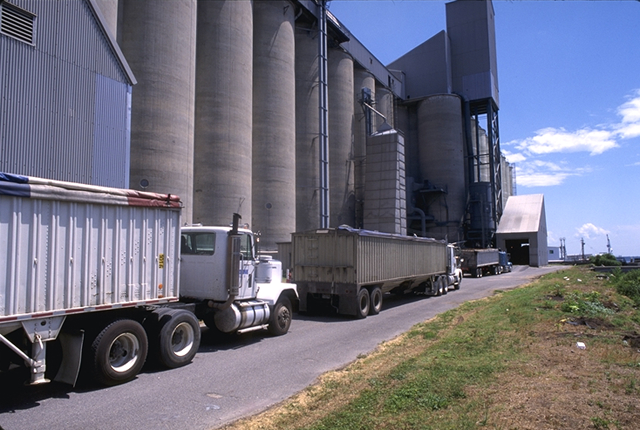