MONTERREY, Mexico (DTN) -- The renegotiation of the North American Free Trade Agreement is the dominant topic among Mexico's business leaders, and weighs heavily on how they plan for the future.

Ricardo Elizondo Garza runs a small feed mill just north of Monterrey in Apodaca, Mexico -- about two hours south of the Texas border. He's got three silos to store sorghum, corn and a fiber feed he blends from cottonseed hulls. Apodaca was once a small town, but now his feed mill, Forrajera Elizondo, is surrounded by urban sprawl. Elizondo Garza plans to build a bigger mill outside of town, but those plans are on hold for now.

"We depend on what's going to happen with NAFTA to see if we are going to build a bigger mill. We have to wait and see," he said.

This week DTN/The Progressive Farmer is taking part in a tour of the grain trade in Texas and Mexico sponsored by the U.S. Grains Council. The grains council wants to highlight to U.S. farmers how important NAFTA has become to the economics of the grain markets since the trade agreement went into effect in 1994.

Before NAFTA came into existence, Garza's feed mill and other small feed businesses relied heavily on the government and a few major domestic grain suppliers. But NAFTA made it possible for Forrajera Elizondo to buy grain tariff-free from Texas, so the company began to expand. The company opened its current feed mill in 1996 and started supplying more hog, poultry and cattle operations in the state of Nuevo Leon.

Mexico is the largest buyer of U.S. corn, purchasing about $2.5 billion last year, and regained the top spot for U.S. corn exports. Roughly, one in every 10 acres of corn grown in the U.S. is shipped south of the border. Overall, Mexico also imports roughly $6 billion in grains and oilseeds.

In the grand scheme of things, corn and grain are just a small slice of the more than $500 billion in overall trade between Mexico. But U.S. President Donald Trump is looking to renegotiate the trade agreement in hopes of narrowing or eliminating the $63 billion trade deficit, and this would give the Mexican government leverage with products such as corn that can be imported from South America.

"The Mexican government sees grain as one of the weapons to defend its interests, because we are the biggest customer for corn," said Daniel Prieto, a grain broker and hedger who works mainly with cattle producers. "If they tax it, that creates an opportunity for Brazil to be more competitive."

The Forrajera Elizondo feed mill has more than 80 employees, but it also relies heavily on the approximately 50,000 to 55,000 metric tons of grain it imports each year, mostly from Texas. About 60% of the feed mill's grain supply comes from Texas, as well as roughly 1,000 metric tons a month of cotton seed hulls.

"We don't have the capability to import corn or sorghum from Brazil like the bigger companies can," Elizondo Garza said. "We have to rely on our relationship with the United States."

Elizondo Garza noted he buys from grain processors, but also directly from farmers in Texas.

He said his plans for an 80 million to 100 million peso ($4.5 million to $5.5 million USD) feed mill project will now have to wait. He has to know what the final outcome of the trade talks will be.

"We have to know if they will cancel it or put a specific tax on us to import corn or sorghum or cottonseed products that we import," he said. "That would put us at a big disadvantage. A smaller producer like us, we have to have reliable products."

Elizondo Garza noted he's not alone. Small businesses around Mexico are holding back on business decisions until they understand the implications of changing NAFTA. He does feel somewhat at ease after learning that the groups representing U.S. corn, wheat, sorghum and other major export grains have been lobbying hard to try to prevent any changes to the tariff-free flow of agricultural products. 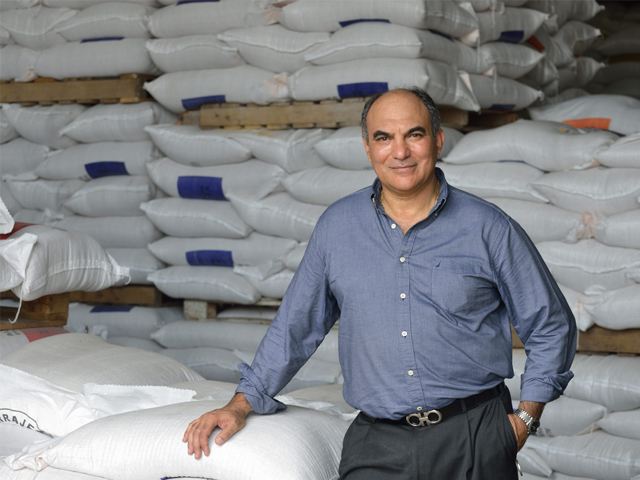