WASHINGTON (DTN) -- Several ag groups on Friday expressed concern over President Donald Trump's announcement that his administration will make it harder for Americans to travel to Cuba and restrict some business activities with the island nation location only 90 miles from Florida.

The Republican-leaning American Farm Bureau Federation, the Democratic-leaning National Farmers Union, the U.S. Grains Council and wheat groups all said that the changes, while not related directly to agriculture, could hurt U.S. exports.

Trump said on Friday he was rolling back some of President Barack Obama's steps to liberalize relations with Cuba because they had not led to more liberal social policies and democracy there.

"We will very strongly restrict American dollars flowing to the military, security and intelligence services that are the core of Castro regime," Trump said.

"They will be restricted. We will enforce the ban on tourism. We will enforce the embargo. We will take concrete steps to ensure that investments flow directly to the people, so they can open private businesses and begin to build their country's great, great future -- a country of great potential."

But Trump did not move to close the U.S. embassy in Cuba or the Cuban embassy in Washington, and did not end direct commercial airline flights or cruise ship stops.

"We should be doing more, not less, to encourage U.S. agricultural exports to Cuba," Duvall said. "Our farmers and ranchers and the Cuban people would benefit from increased sales of high-quality, American-grown food and feed. The American Farm Bureau will continue to work with the administration and Congress to maintain and improve the conditions for agricultural trade with Cuba.

"Cuba is a $2 billion annual food-import market," Duvall said. "Currently, because of some remaining restrictions, the United States sells about $200 million in agricultural products to Cuba, but that nation represents the kind of growth opportunity America's farmers and ranchers need during this challenging economic period.

"Self-imposed trade restrictions have kept America's farmers and ranchers from competing on a level playing field and have closed off one of our nearest ag export markets. Cuba has not purchased any rice or wheat from the U.S. in many years, instead buying from other countries around the world. As we cope with the biggest drop in farm prices in decades, we need to be opening up markets for American farm goods, not sending signals that might lead to less access."

National Farmers Union President Roger Johnson said, "At a time when family farmers and ranchers are enduring a steep decline in net farm income, it is disheartening to see President Trump complicate an opportunity to expand U.S. agricultural markets. Today's decision unfortunately sets us in a backwards trajectory, moving away from increasing market share in a country of 11 million people just 90 miles away from U.S. shores.

"NFU has been working for decades to break free from 50 years of failed policies that have created barriers to the Cuban market. We expected that the U.S. would finally tear down these self-imposed barriers when the Obama administration signaled the U.S. would work towards normalized relations with Cuba.

"Instead, it now seems the Trump administration is determined to look to the past instead of leading us into the future. We are very disappointed with this regressive approach.

"NFU will continue to work with congressional leadership to end the embargo and put in place fair trade relations with Cuba."

U.S. Grains Council President and CEO Tom Sleight said USGC, which promotes the export of feed grains, has worked in Cuba for nearly two decades "to help capture grain demand and develop its livestock industry within the confines of U.S. policy."

Friday's announcement "will make our efforts in Cuba more difficult -- and almost certainly cost U.S. corn farmers sales in the short term -- we have every intention of continuing our work there to build long-term, mutually-beneficial trade."

"In the first eight months of this marketing year, Cuba purchased more than 250,000 metric tons (9.8 million bushels) of corn from the United States, about 30% of their total demand. This shows both that Cubans want our product when it's competitive to other origins and that we have significant room for growth given the right policy environment.

"The changes announced today are concerning because they could cut off these near-term sales while also stymieing the economic development that will drive long-term demand growth. Neither of those outcomes is favorable for the U.S. ag sector or the Cuban people, who do not have access to sufficient meat, milk and eggs.

"Cuba has historically been a 900,000 metric ton (35.4 million bushel) corn market; based on recent export sales, it would be our 11th largest customer if we could capture that demand," Sleight said.

"Free flow of grain to Cuba could also help us capture sales to the Dominican Republic and even Puerto Rico, an estimated $315 million in lost demand each year."

U.S. Wheat Associates, which promotes exports, and the National Association of Wheat Growers, which represents farmers, said that despite Friday's announcement, they are still hopeful that the increasing public and congressional support for more open trade will lead to an eventual end to the U.S. embargo.

"This is a political process and that means there are going to be steps forward and back," said USW President Alan Tracy.

"Our organizations support measures that move toward ending the embargo. Cuba is a significant wheat importing nation and our farmers can supply high-quality wheat at a lower cost than Cuba pays now to import European and Canadian wheat," he said.

"Wheat is an important food grain that should be above politics, but the embargo will likely have to end before wheat farmers can help meet the increasing demand for agricultural products to help feed the Cuban people," Tracy said.

"NAWG supports the effort to end the embargo on Cuba because it is what is best for our farmers. And farmers like me know that agricultural trade is a proven way to foster stronger and more productive ties with folks who live outside the United States."

USA Rice President and CEO Betsy Ward said, "For months USA Rice has been warning that some of President Trump's key economic advisers are decidedly anti-Cuba and could influence the otherwise pro-trade president to take an anti-trade stance with regard to the island."

"Those forces may have carried the day, at least for now," Ward said. 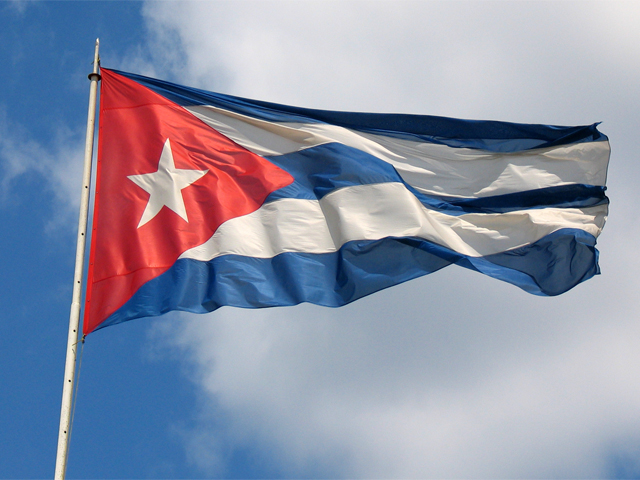