OMAHA (DTN) -- To expand broadband to more rural areas, a mix of different technologies and public/private partnerships are going to need to be used in the future. Major issues with accurate mapping of where broadband is and high costs associated with high speed internet are a few obstacles that must be overcome to expand high-speed in rural areas.

These were some of the topics discussed at the "Connectivity in Rural America" session at the USDA's 97th Annual Agricultural Outlook Forum last week. A panel discussion followed three virtual presentations discussing how important rural broadband is and ways to improve the technology.

Mo Shakouri, director of Community Broadband Initiative for Joint Venture Silicon Valley, said during his presentation that innovative ideas in communications are key to expanding and improving rural broadband. A mix of systems will be needed to solve this problem, he said.

Broadband internet service in rural areas is mostly associated with fiber optic cables buried in the ground to run the high-speed internet to the area. Some rural areas have these cables while other areas do not -- this creates two tiers of service in many regions (https://www.dtnpf.com/…).

Shakouri said advancing 5G technologies will need to be part of the solution when it comes to inequities in rural internet. Most people associate 5G with cellular signals, but this technology will also help to get broadband to remote areas.

"This is a critical element," Shakouri said. "Some (companies) will have to change their business models when it comes to rural broadband."

Fiber has to be part of the solution, as in many areas it is the "backbone" technology and then many different wireless technologies will run off of it. Running fiber to each rural home would be a waste of money, he said.

Taylor Reynolds, director of Technology Policy for the Massachusetts Institute of Technology (MIT) Internet Policy Research Initiative, agreed with Shakouri that a fiber backbone should be established in rural regions and wireless connections should be made to this fiber. Some counties in the Boston area where he lives have invested in a fiber "ring" which runs through the county in a circle and then local services with fixed wireless will run off this existing structure.

One way to ensure rural broadband could be expanded at a fast rate would be when local governments have road construction projects to also bury fiber as the construction is being done. Different types of fiber should be buried at this time and local governments should offer companies access to the fiber for a fee to recoup their cost of putting it in the ground, he explained.

Reynolds said local and state governments are not good at this concept yet, but they do have an important role to play. Burying fiber is extremely expensive and if local municipalities could aid in this process, more fiber could be added especially in rural areas.

"There are innovative ways to do this," Reynolds said.

Shakouri said one reason why rural broadband expansion has been slow to happen is because of issues with accurate broadband mapping in rural areas.

He showed FCC mapping for the state of Georgia, along with a map completed by local authorities. According to state officials, the federal maps missed half of all addresses without broadband service.

Accuracy in mapping needs to be improved before high-speed internet can be expanded, he stressed.

Another aspect holding back the expansion of rural broadband in the most remote areas is the cost of some of these technologies.

Reynolds said a prime example is SpaceX Starlink, which uses satellite technology to receive high-speed internet. While he appreciates Elon Musk's efforts, this technology is more expensive for rural residents than service to their urban counterparts and more people on the system will only slow the entire system down, he said.

Josh Seidemann, vice-president of NTCA -- The Rural Broadband Association, said partnerships will continue to be important in pushing broadband out into underserved rural areas (https://www.dtnpf.com/…). This would be a combination of government and private ventures to expand high-speed internet.

The USDA has the ReConnect Loan and Grant Program. This government program provides loans and grants to local telecommunication businesses for the costs of providing broadband service in rural areas.

The FCC announced on Thursday a new program to provide affordable internet service during the pandemic (https://docs.fcc.gov/…). The Emergency Broadband Benefit Program is a $3.2 billion federal initiative to provide qualifying households discounts on their internet service bill and an opportunity to receive a discount on a computer or tablet.

"This is a program that will help those at risk of digital disconnection," Jessica Rosenworcel, Acting FCC Chairwomen, said in a press release. "It will help those sitting in cars in parking lots just to catch a Wi-Fi signal to go online for work. It will help those lingering outside the library with a laptop just to get a wireless signal for remote learning."

Private capital will also be needed to invest in rural broadband, Seidemann said.

Research has shown private investment into rural broadband can have a $21 billion economic impact on the economy and can be felt by both rural and urban areas, he said. Construction jobs will need to be created to build the broadband structures, along with jobs to maintain these facilities after they are built.

Seidemann said the COVID-19 pandemic has shown how important it is to have rural broadband. How people worked, how children learned and access to health care were all rearranged by the pandemic.

Seidemann said telemedicine use has surged during the pandemic. In April 2020, 50% of doctors used this method to treat patients, while in April 2018 this number was only 18%, he said.

With 38 million Americans living in rural areas, this shift to telemedicine had a huge effect on them, especially if they did not have access to rural broadband.

There are several economic benefits for rural residents to be able to use telemedicine, according to Seidemann. These include: lowering fuel costs, less wages lost and retaining local businesses such as pharmacies.

Seidemann said there was an economic benefit for other local rural businesses as well. 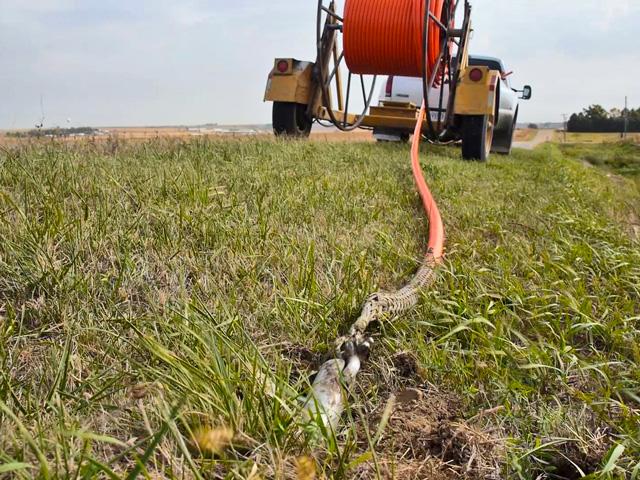