OMAHA (DTN) -- Improving broadband internet services to all rural areas is an extremely complex task with no easy answers. With more people working from home and children learning remotely because of the COVID-19 pandemic, the situation has shown this year how much work is still needed to fill in the gaps for something that is almost required by most people.

So how do you accomplish this massive undertaking? Two webinars last week a day apart presented plans which were about as far apart as the wide-open spaces without broadband internet.

A TALE OF TWO RURAL AREAS

In a United Soybean Board (USB)/American Soybean Association (ASA) webinar titled "2020 Rural Broadband Webinar", Shirley Bloomfield, CEO of NTCA-The Rural Broadband Association, discussed the current situation with rural internet and what can be done to improve accessibility. According to Bloomfield, it's really a tale of two rural Americas.

Some rural areas are covered by local telecommunication companies that are part of their communities, who are their neighbors and are willing to invest in their rural regions. Other areas, however, are served by companies with no ties to the area and rural areas are often an afterthought, she said.

"This gap between these areas in terms of connectivity is real," said Bloomfield, whose organization advocates for more than 800 rural independent telecommunications companies.

Bloomfield said the pandemic is serving as a wake-up call for many as the lack of connectivity is severely affecting people running businesses. Telecommunication companies often will not add fiber cable into rural areas because there is less of a return on their investment with less population compared to other areas.

What is needed now is accurate mapping of where rural broadband internet is and is not available. This information is often hard to find; without accurate maps, no one knows exactly what areas are already covered and what areas need to be covered, she said.

Under the Reconnect Program, USDA will make available up to $200 million for grants, 50/50 grant/loan combinations and low-interest loans for areas that don't currently have sufficient access to broadband.

"This program will generate private sector investment to deploy broadband infrastructure to provide high-speed internet e-connectivity to as many rural premises as possible, including homes, community facilities for healthcare, public safety, schools, libraries, farms, ranches, factories and other production sites," according the Reconnect website.

Several different bills have been put forth by both Republicans and Democrats in Congress to expand rural broadband internet but it is unclear exactly how Congress will coalesce around one specific piece of legislation. Groups advocating for investments in rural broadband have been "putting pressure" on policy makers to get something accomplished, Bloomfield said.

Bloomfield was asked during the webinar if 5G cellular technology could aid in solving the rural broadband problem. Despite the name, wireless service has many wired components and in the long run it would be less expensive just to put fiber in these unserved rural areas, she said.

"5G is a not a solution to rural broadband issues," Bloomfield said.

Another issue with relying on cellular technology would be what happened in Iowa last week. The massive derecho destroyed almost everything in its path, including 332 cellular towers across parts of the state.

This situation left many people in the Hawkeye State without cellular and internet service in a fairly wide area.

Others, however, have more faith in the 5G wireless technology.

In a webinar titled "Biden for President Rural Broadband Roundtable", several speakers stated Democratic presidential candidate Joe Biden's campaign is pushing for universal broadband in rural areas and tribal lands, whether it be by 5G or wired product.

Sally Jewell, who served as the U.S. Secretary of the Interior in the Obama administration from 2013 to 2017, said in the webinar that support of rural areas is vital to the country because these regions produce the nation's food supply. A Biden administration would tackle this issue, she said.

"The Build Back Better program will provide universal internet access, either by 5G or broadband," Jewell said. "This is something that is overdue."

The Build Back Better program is the Biden campaign's infrastructure plan. Among the proposed investments would be rebuilding America's "crumbling" infrastructure -- from roads and bridges to green spaces and water systems to electricity grids and universal broadband.

"Biden will make a $2 trillion accelerated investment, with a plan to deploy those resources over his first term, setting us on an irreversible course to meet the ambitious climate progress that science demands," the website highlighted in bold print.

Chris Becenti, Executive Director of the Navajo Nation Telecommunications Regulatory Commission Office, said the entire wireless spectrum, both cellular and internet, is lacking on Native American tribal lands. Nearly 90% of communications in these areas are done by wireless today, he said.

He told the story of a small tribal town located about 20 miles west of Albuquerque, New Mexico. This town, despite being fairly close to Albuquerque's high-population base, has no cell phone coverage at all.

"We need federal help to provide both internet and cell access in these areas," Becenti said. 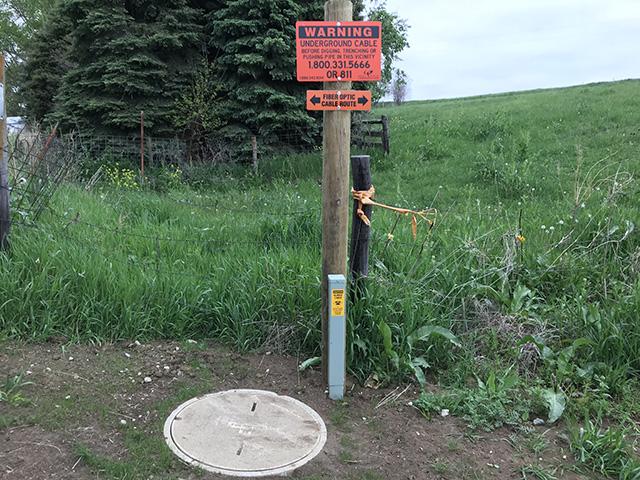