Building proper broadband internet and cellular networks in rural America is critical to making the promise of data-driven farming a reality. Progress has been painfully slow.

That's why we were a bit surprised when a short story on the subject a few weeks back by Farm Business Editor Katie Dehlinger had quite a few folks worked up on social media.

Dehlinger's story discussed a United Soybean Board study that confirmed U.S. farmers find the lack of broadband internet access a stumbling block to their businesses. Those survey results, and the article about them, were fairly straightforward to anyone who knows the real broadband situation out in the countryside.

See her story at:

See the Reporter's Notebook video about the report at:

According to USB, 60% of farmers say they don't have adequate internet connectivity to perform necessary business tasks. As Dehlinger reported, more and more of our "chores" on the farm today either require or can be significantly helped by strong internet and reliable wireless services.

What happened next was a bit of a battle royale on our DTN/Progressive Farmer Facebook page. Some commenters opined that the internet really wasn't needed to farm, while others saw poor broadband access as not just an inconvenience, but nearly class warfare. It's unfortunate that a good many of the comments had to be taken down, as they failed our "no excessive cussing" policy. We try not to be too prudish about that, by the way, but we also expect a certain amount of decorum.

The bulk of the dissenting view, that farmers don't need the internet to farm, seemed mostly steeped in the very real issue that, up to this point, so-called "data-driven agriculture" has been more pomp than circumstance.

Digitization, it can be argued, has so far only made farming slightly more efficient and a little less lonely. Other than autosteer, and sharing yield bragging rights via Twitter from the combine cab, digitization just hasn't revolutionized agriculture as it has in other industries.

Part of the reason that revolution has been slow to materialize, I'd contend, is because high-speed data transfer is so hard to do in rural America.

For starters, high-speed connectivity is critical to unravelling the sheer complicated nature of production agriculture. Controlling an airplane, or the workings of a speeding automobile, or even an entire factory, based on real-time data is child's play compared to accounting for the incredible variability found at the crossroads of soil, water, air and tens of thousands of plants per square acre.

Solving for that variability in a valuable way is even harder when one realizes that, for most farm and ranch operators, this isn't their first day in the field. Farmers, as the insurance company of that name notes in its TV commercials, "have seen a thing or two, so we know a thing or two." Any data-driven answer must be significantly better or faster, or both, than what a farmer would do intuitively. That's a main reason tools such as nitrogen-application software have seen limited success. The decisions are often solid. They're just too often what we were going to do anyway.

Another hurdle, in my view, for data-driven ag has been the cost of development versus potential customer base. If you're a software builder, and you dream of creating a system to help strangers share automobile rides, or to help find a great restaurant in a strange town, or to kill cartoon zombies from your easy chair, your customer base is practically every human on the planet.

If you're building software to make better corn fertility decisions or decide the best timing for herbicides, your sales universe is miniscule in comparison. Yet your development costs may be similar or even higher than for your colleagues writing zombie-slayer code.

None of those hurdles -- farming's infinite variability, investment return, or killer app qualities -- can be cleared if we can't move huge chunks of data, quickly, across wide stretches of America.

USB's survey validated what so many of us who live or work in rural America know: Connectivity is awful, despite those promising "coverage" maps the telecommunications companies are so proud of. The reality of those maps is connectivity often only occurs in the top floor of the house or by driving to the high spot down the road.

That distance between telecommunications marketing bluster and reality is a reason three rural-focused organizations got together earlier this year to learn more about mobile phone access in rural areas. The National Association of Counties, the Rural Community Assistance Partnership, and Rural LISC (Local Initiatives Support Corporation) partnered to develop a mobile app to test mobile phone and high-speed internet access in rural communities.

Called TestIT, the app allows users to test mobile broadband speeds and then records that information for the groups to use to update current access estimates.

You can download TestIT for iOS or Android by searching for it on your appropriate app store. Users can run the app in various locations around the farm and community, and help these county organizations build a more accurate connectivity map, which will build the case for continued investment in rural broadband. The group plans to release its first set of connectivity data late this winter.

USDA has also gotten behind the digital divide issue, teeing up $600 million for community loans and grants to improve broadband access. Several of those ReConnect Program projects have been announced this past year. Information on that program can be found here: https://reconnect.usda.gov/….

There is no doubt that closing the broadband internet gap won't be easy. Corporate America, to date, says it just can't make the returns in sparsely populated areas as it can where customers are plentiful. New technologies, such as low-orbit satellites, may be an answer, but they too are some years off.

And government, while helping via programs like ReConnect, must juggle other infrastructure issues, such as our creaking bridges, deteriorating roads and a river lock system that has taken a beating of late.

Finding the right answers, though, starts with keeping the problem on the front burner. We will need continued support -- from commodity and farm groups, from rural supporters such as Rural Community Assistance Partnership, and from all of us -- to keep the attention where it's needed. 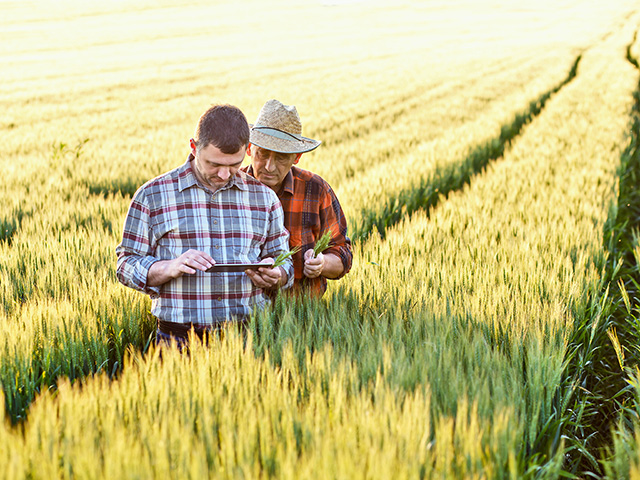