OMAHA (DTN) -- Groups such as the American Farm Bureau Federation were "encouraged" by the initial framework for tax reform put on the table Wednesday by Republican leaders in Congress.

"The tax-reform framework announced today is an important step toward a fair and equitable tax system that encourages success, savings, investment and entrepreneurship," Duvall said. "Farm Bureau is encouraged to see that this framework includes important principles such as lower tax rates for individuals who own businesses, elimination of the death tax and some business interest deductibility. Farm Bureau looks forward to working with tax writers to refine the proposal to ensure that tax reform lowers effective tax rates for farm and ranch businesses."

The tax plan -- dubbed the "Unified Tax Reform Framework" -- released as a nine-page primer, briefly touched on some key topics without being heavy on specifics.

A key part of the tax framework for businesses is the expansion of immediate expensing of any equipment -- known mainly as the Section 179 deduction. Without detailing any cap or limits, the framework states new depreciation of assets would officially start Sept. 27, 2017, even though legislation is not official law yet. Immediately, businesses will be able to expense the cost of any new depreciable assets other than permanent structures for at least the next five years. GOP leaders stated such a move would allow an "unprecedented level of expensing" of equipment.

The framework did not specify if the tax plan would maintain current depreciation schedules for equipment that help offset income over a longer period.

Offsetting the immediate expensing language was a provision stating that C corporations would be limited on the amount of business interest they could expense. The upcoming legislation also would make some changes to ensure interest expensing for "non-corporate taxpayers" could remain. Not every business group was happy with that limit decision. The group dubbed the "Build Coalition" aims to prevent any limits on interest deductibility. The group came out opposed to the language in the tax framework.

"This action would effectively create a new tax on business investment, which runs counter to pro-growth tax reform. Businesses of all sizes and across all sectors of the economy -- from agriculture, to manufacturing, to telecommunications and broadband -- rely on this fundamental feature of the tax code," the Build Coalition stated. "Interest expense is a normal cost of doing business, so its deduction is essential to how we measure net income. Altering that would make it more difficult for American companies to compete in the global economy and harm job creation and long-term economic growth."

Also under the framework, the corporate tax rate would be lowered to 20%. Along with that, the corporate Alternative Minimum Tax would be eliminated. The plan did not state whether rates would change on capital gains.

Small and family owned businesses that operate as sole proprietorships, partnerships and S corporations would have their tax rates capped at 25%. According to the document, the committee will have preventive measures to keep wealthier individuals from avoiding the top personal rate.

Backing an effort pushed by the American Farm Bureau and National Cattlemen's Beef Association, the framework plan would also eliminate the estate tax and the generation-skipping transfer tax. Indiana farmer Kip Tom joined President Donald Trump in the Hoosier state on Wednesday to demonstrate how the estate tax, which applies to estates with more than $5.49 million in taxable assets, affects farmers.

Trump said in Indiana of the estate tax, "We are finally ending the crushing, the horrible, the unfair estate tax, or as it is often referred to -- the death tax. He later added, "We are not going to allow the death tax to steal away the American dream from these great, great families."

Farm assets account for less than 3% of the total assets levied under the estate tax. Stocks, bonds, cash and multiple personal homes make up the bulk of assets taxed each year, according to the IRS.

Despite the proposal to get rid of estate taxes, the framework was silent on what would happen to the basis of inherited assets.

Outside of stepped-up basis, cash accounting and Section 1031 like-kind exchanges on real estate weren't mentioned. Duvall pointed to those missing details when commenting on remaining issues with the GOP tax plan.

"Farmers and ranchers need permanent tax provisions like the continuation of cash accounting and like-kind exchanges, unlimited stepped-up basis and lower capital gains taxes," Duvall said. "Agriculture is a high-risk, high-input, capital-intensive business and these provisions are essential to success. We look forward to working with Congress to assure that these meaningful reforms are included in any comprehensive tax package."

The Domestic Production Deduction for small businesses would go away because of significantly lower tax rates on corporations. The framework adds that other deductions would also be repealed or restricted, but did not specify which. The Research and Development Tax Credit would remain available for businesses.

In another area that could affect farmers and renewable energy, the framework states that special tax regimes for certain industries and sectors could be eliminated "to ensure that the tax code better reflects economic reality and that such rules provide little opportunity for tax avoidance."

For larger global companies, the framework states the tax code would be structured to exempt foreign profits when repatriated. This would end "the perverse incentive to keep foreign profits offshore," the document states. There would be a 100% exemption for dividends from foreign subsidiaries in situations where the parent company owns at least a 10% stake in the foreign subsidiary.

To take advantage of this system, companies would have to repatriate current cash or assets now held overseas and pay taxes on those profits.

For individuals and families, the current seven tax brackets would scale back to three: 12%, 25% and 35%. While the plan lowers the highest individual rate for high-end earners, Gary Cohn, an adviser to President Trump, said the administration could add an additional tax bracket to keep the president's promise that the tax cuts would not benefit the wealthy.

For personal taxes, standard deductions would double to $12,000 for an individual and $24,000 for a married couple filing jointly. Mortgage and charitable deductions would remain, and the child tax credit would increase.

The plan would also eliminate the individual Alternative Minimum Tax. 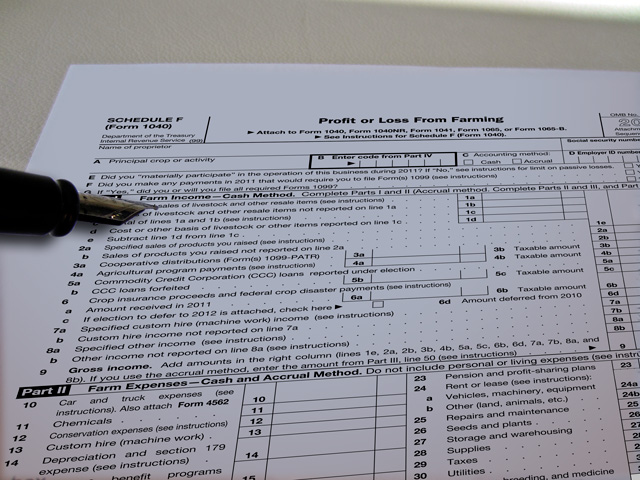