OMAHA (DTN) -- Farmers will see an injection of $20 billion in funds for climate-smart agricultural practices to help lower emissions from agriculture under the climate deal reached by Senate Democrats on Wednesday.

Farmers and rural landowners also will see a greater push over the next eight years from developers of solar and wind projects -- and likely carbon pipelines -- as well as those projects seeking to capture billions in tax incentives.

Along with that, biofuel companies also will see more incentives through tax credits and grants to build out more renewable fuel infrastructure, especially to develop sustainable aviation fuels.

Those are a few of the key areas for agriculture and rural America in a deal struck by Senate Democrats for a $739 billion package reached between Sen. Joe Manchin, D-W.Va., and Senate Majority Leader Chuck Schumer, D-N.Y. Like multiple "deals" over the past two years, the agreement still demands every Senate Democrat fall in line for a possible vote that has yet to happen.

Republican opposition would likely be unanimous in the Senate, even though senators up for reelection, such as Sen. Chuck Grassley, R-Iowa, have been among the biggest advocates for expanding biofuels and tax credits for wind energy.

The deal, dubbed the Inflation Reduction Act of 2022, focuses on climate change and energy, along with changes in Medicare purchasing of prescription drugs, and funded by a 15% minimum tax on large corporations. The bill also projects using about $300 billion over time to reduce deficit spending as well.

Still, President Joe Biden, whose climate and economic plans had been thwarted multiple times by Manchin over the past 18 months, released a statement from the White House praising Senate Democrats for reaching a deal.

"This is the action the American people have been waiting for," Biden said. "This addresses the problems of today -- high health care costs and overall inflation -- as well as investments in our energy security for the future."

With USDA now sifting through more than 600 applications to divvy up $1 billion in funding for the Partnerships for the Climate-Smart Commodities pilot program, the Senate bill would codify those plans.

The bill carves out $20 billion to support climate-smart agricultural practices for farmers. That breakdown includes:

Another $1 billion would go to boost USDA conservation technical assistance as well.

The National Association of Conservation Districts (NACD) and the National Sustainable Agriculture Coalition (NSAC) were among the groups praising the injection of funds into USDA conservation programs.

"The historic investments will lower costs for Americans, support jobs in rural America, and tackle the climate crisis," Stabenow said. "We are equipping farmers, foresters, and rural communities with the necessary tools and resources to be a part of the solution and grow their local economies at the same time."

Climate-smart projects focus on farming practices that sequester carbon or lower emissions of farming operations. Typically, no-till farming, adding cover crops or using precision tools to target and lower the use of nitrogen fertilizer are among the practices most often cited.

The bill is projected to help drive the economy to lower greenhouse gas emissions 40% below 2005 levels by 2030, advancing a pledge laid out by the president in April 2021 to cut emissions 50% by 2030.

Growth Energy and the Renewable Fuels Association both touted that the bill would benefit the ethanol industry.

The bill includes $500 million to build out higher blends of biofuels, as well as a special tax credit for sustainable aviation fuels (SAF). Biodiesel tax credits are also extended in the legislation as well.

"For the U.S. to meet its climate goals, we must quickly expand the volume of low-carbon biofuels available across the entire transportation sector -- on the ground, in the air, and at sea," said Emily Skor, CEO of Growth Energy. "These provisions can jump-start that climate progress, while delivering more savings at the pump, greater long-term energy security, and a welcome economic boon to rural communities.

Tax incentives would expand wind, solar and other renewable energy through 10 years of tax credits. Solar projects already have gained the attention of lawmakers in various states and nationally who have raised concerns about losing farm ground to solar. The bill also adds incentives for smaller projects such as solar rooftops, which could lead more farmers to add solar panels to their farms as well.

Still, the bill also would include provisions to mandate new oil drilling in the Gulf of Mexico. Manchin also stated a separate bill would come forward on energy infrastructure, including the expansion of natural gas pipelines. Manchin said the bill would ensure all energy would "be produced and used in the cleanest way possible."

On carbon sequestration, large industrial emitters such as chemical and cement plants would see incentives to capture emissions and sequester them in the soil as well. Those provisions would likely spark a greater push for carbon pipelines, much like the three projects now on the board in the Midwest seeking to capture emissions from ethanol plants and pipe the carbon dioxide to North Dakota or Illinois.

Even as the deal was rolling out Wednesday, the White House created a new task force to focus on "responsible development and deployment of carbon capture, utilization and sequestration." The task force, which will take shape in 2023, will provide recommendations on how carbon pipelines should be permitted going forward.

In transportation, the legislation would also spur the sale of more electric vehicles going forward. Consumers would see up to a $7,500 tax credit to buy a new electric vehicle and $4,000 to buy a used one.

A one-page summary of the bill shows it would raise $739 billion in revenue over 10 years, driven by a 15% minimum corporate tax that would generate $313 billion in revenue. The minimum tax would apply to corporations earning more than $1 billion.

The White House stated the bill will be funded "by requiring big corporations to pay their fair share of taxes, with no tax increases at all for families making under $400,000 a year."

The bill also would allow Medicare to negotiate prescription drug pricing that would save $288 billion over a decade as well.

IRS tax enforcement measures would receive a boost and would spark more audits against wealthier Americans, which is projected to generate $124 billion as well. A tax provision targeting investment managers and their tax income, the "carried interest loophole," would also be closed, raising another $15 billion in revenue.

The bill would spend $433 billion, led mainly by $369.75 billion in spending and tax credits for energy and climate change incentives. Another $64 billion would go toward expanding the Affordable Care Act as well as to lower premiums.

A hook in the bill, led by Manchin, is that more than $300 billion would go toward deficit reduction over the next decade as well. He said the legislation would begin paying down the $30 trillion in national debt and deal with record inflation.

"In practical terms, the Inflation Reduction Act of 2022 would dedicate hundreds of billions of dollars to deficit reduction by adopting a tax policy that protects small businesses and working-class Americans while ensuring that large corporations and the ultra-wealthy pay their fair share in taxes," Manchin stated.

Details on energy and climate change investments in the bill, including agriculture: https://www.democrats.senate.gov/…

A one-page primer on the bill: https://www.democrats.senate.gov/… 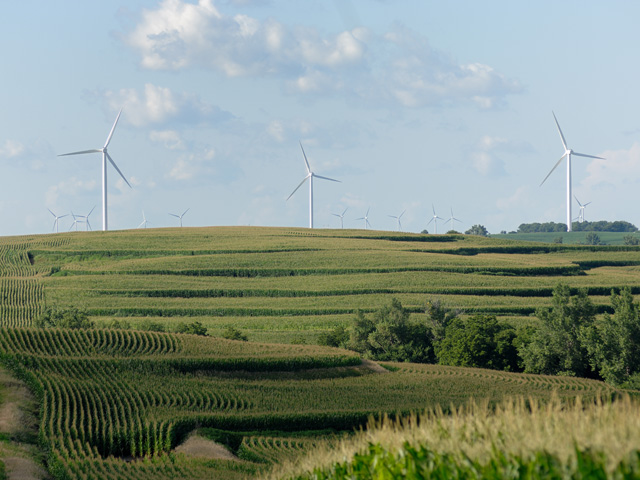