NEW ORLEANS (DTN) -- Nearly every discussion at the National Ethanol Conference here this week involved ways to "decarbonize" ethanol from tailpipe emissions all the way back upstream to planting the corn.

Countering a study out of the University of Wisconsin claiming ethanol has potentially 24% higher emissions than gasoline, the Renewable Fuels Association released a report leading into the conference by Informed Sustainability Consulting showing corn ethanol has "succeeded in reducing emission by 22% from 2005 to 2019" and can further lower its carbon footprint.

Informed Sustainability Consulting detailed the strategies corn ethanol producers can follow to hit targets of showing emissions 70% lower than gasoline by 2030 and potentially hitting "net-zero" emissions as an industry by 2050.

Some other keys to the industry getting to "net-zero" emissions:

-- Reduced tillage or no-till on farms.

To understand just how efficient corn and ethanol production can be also will require data that right now largely isn't tracked on the farm.

"For the farm, it's true we don't have the carbon costs," said Isaac Emery, founder of Informed Sustainability Consulting. "How do we track who is producing what, and where it is going?"

Emery later added there will be more financial benefits and costs tied to the carbon intensity of a range of products, including looking for ways to reduce the footprint of nitrogen fertilizer.

Right now, for instance, ethanol producers who draw a high percentage of their corn from farms that use no-till practices do not get any credit or a lower carbon intensity score on their ethanol. There are some pilot projects in place trying to factor in that kind of accounting. A broader supply chain needs to be set up to make sure carbon benefits are verified.

"Today, we are at an impasse," said Mark Heckman, an Iowa farmer and a consultant for EcoEngineers.

The drive for sustainable aviation fuels (SAFs) will require more attention to drill down and measure carbon intensity scores of raw products such as corn, Heckman said. "We have to include all of the pieces of the puzzle," he said.

Policy will matter. Under a "business as usual" scenario, the biofuels industry does not find a pathway to net-zero emissions. For farmers, that may mean looking for ways to get paid for their no-till practices or adding cover crops to their operation through either a carbon market or a USDA conservation program.

WHERE DID FLEX-FUEL VEHICLES GO?

Jan tenBensel, a farmer from Cambridge, Nebraska, and chairman of the Nebraska Ethanol Board, had a simple question for a panel of experts on the auto industry's drive to lower emissions.

"If automakers are truly concerned about lowering carbon intensity right now and lowering greenhouse gas emissions, why are flex-fuel vehicles not available in every model?" tenBensel said.

Julia Rege, representing auto manufacturers for the Alliance for Automotive Innovation, opened her comments in a panel discussion saying, "The auto industry is committed to a path of decarbonization." Yet, Rege noted a lot of the attention right now has been on a shift to electric vehicles.

For biofuels, the industry needs to accelerate the push for a federal "clean fuels" standard or low-carbon fuels standard. But as more attention is placed on electric vehicles, the window for biofuels narrows.

"The opportunity is now," Rege said. "Every day that passes closes that window," she said, because the investment dollars are going heavily toward electrification.

John Eichberger, executive director of the Fuels Institute, said he believes the combustion engine "is going to be around for decades." At the same time, there needs to be progress in liquid fuels and "legacy vehicles" to focus on low-carbon fuels, he said.

tenBensel and other farmers at the National Ethanol Conference, though, pointed out auto manufacturers have cut the number of flex-fuel models they offer. Some major companies aren't offering any new flex-fuel models at all.

"A friend of mine just went on the hunt for a GM vehicle and was unable to buy a flex-fuel GM vehicle," tenBensel said. "He was willing to pay more for it and do whatever it takes, and this is a lifelong GM customer. He switched to Ford for a new vehicle because Fords are making a solid flex-fuel vehicle, and they're available."

tenBensel added, "This is off-the-shelf technology. It doesn't require R&D. This is existing technology that can be put into vehicles with very little cost and very little effort by the auto manufacturers, but they aren't giving us the option to buy these vehicles now."

Highlighting tenBensel's point, among the exhibitors at the NEC was eFlexFuel Technology, which sells kits for converting off-road and racing vehicles to flex-fuel vehicles. Tuomo Isokivijarvi, CEO of the eFlexFuel, told DTN auto manufacturers have approved the technology in Europe as an after-market conversion product, but getting the same kind of approval by EPA in the U.S. has been more complicated. Isokivijarvi is trying to get EPA to initially approve conversion kits for older used vehicles.

"So, we have a compatible technology that would work for 200 million vehicles," Isokivijarvi said. "We're trying to fix that problem, but there just isn't a simple path forward"

Right now, an interim goal from the White House is to create at least a 3-billion-gallon market for SAFs by 2030. Ethanol, and starches in general, have an opportunity to expand in this space. That will require some adjustments in crops involving fertilizer management and perhaps more winter cover crop production as well.

"But, at the end of the day, we're after significant quantities of fuel that can come from ethanol," said Steve Csonka, executive director of the Commercial Aviation Alternative Fuels Initiative. "These guys are focused on supply chains that can deliver that carbon reduction. That carbon reduction is key, as well as addressing some of the other issues that environmentalists really push on with respect to the soy-corn rotation."

Going beyond the Biden administration's drive to champion electric vehicles, the European Union already is considering banning the sale of vehicles with internal combustion engines by 2035.

While governments around the world are championing vehicles that don't use liquid fuels, McNally said Tuesday that consumers still love their SUVs. Along with that, long-term projections for declines in oil demand don't line up with the Energy Information Administration's short-term projections showing strong growth in liquid fuels, including oil.

"In my view, there is no evidence that consumers or governments are on course to decarbonize as rapidly as the consensus expects," McNally said.

McNally said his group forecasts growth in electric vehicles, partly because oil prices will continue to rise in the short term. "We're not saying it's a nothing burger or a joke," he said. "We're just saying its impact today is way overstated."

Oil prices right now are in the low $90s per barrel, but McNally is projecting the potential of oil going to $150 per barrel. A price spike like that has some serious downsides, he added. "Prices of at least $150 a barrel (are possible), at which time it will cause a recession because all oil price booms lead to recession."

In terms of how President Joe Biden lowers oil prices, McNally said there are never any good options. The president can turn to OPEC for relief, which he has tried. Another suggestion includes banning exports of products such as gasoline or ethanol, which could generate some popular support on both the right and the left.

"They are going to say, 'Why do we give it away to foreigners when our energy prices are rising?'" he said. "That is a very appealing argument with folks on the right and the left, and it would be a mistake. It would backfire on us if we were to do that."

"There are no good options for any president" to reduce oil prices, McNally said.

High oil costs can either lead the U.S. back to the Middle East to defend production or revisit options such as reviving the Keystone XL pipeline from Canada. As the decade moves forward, McNally said he thinks the political winds will change to support Keystone XL finally coming to fruition.

"We have to realize, what on Earth are we doing turning our backs on neighboring energy from Canada?" McNally said. "I mean, it's right over the border, it's a friendly, democratic state, and their crude fits into our refining system like a glove." 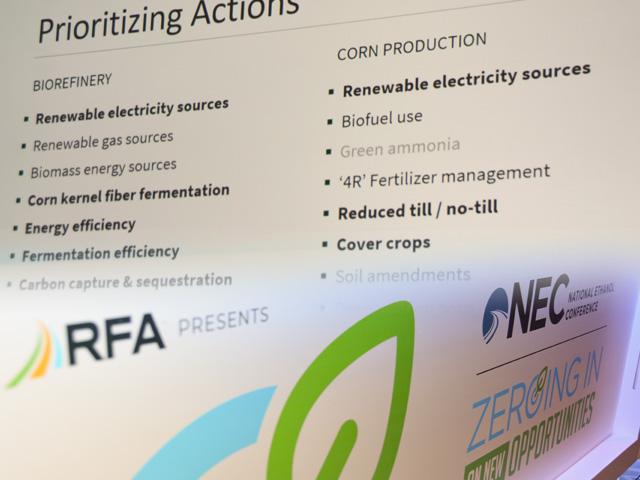