OMAHA (DTN) -- Forests can sequester more carbon to help the country meet emission goals, but the increasing risks and costs from wildfires also demand more proactive forest management to thin out fuel for fires as well as the rapid acceleration of planting millions of acres of new trees.

Those are some of the conclusions from a USDA report released Thursday on the department's climate strategy, as well as from a pair of U.S. Senate committee hearings also held Thursday that looked at the role of forests in addressing climate change. The hearings and USDA's comments on wildfire risks also reiterated some points advocated by senators that the country's forests would be healthier with more aggressive efforts to thin forests of older timber and replant trees across millions of acres of forests.

"I hope one of the takeaways today is forest management for harvest and replanting to maintain healthy forests, especially given the higher rate of carbon capture," said Sen. John Thune, R-S.D., during the Senate Agriculture Committee hearing.

The Senate Agriculture Committee and the Senate Energy and Natural Resources Committee held hearings in essentially the same time window on forest management and carbon as well.

Sen. Joe Manchin, D-W.Va., chairing the Energy and Natural Resources Committee, said wildfires and pests have become such a problem in forests that in some states, forests now emit more emissions than they sequester.

"The forests of Colorado, Idaho, Montana, New Mexico, Texas and ... Wyoming used to be carbon sinks but are now carbon sources," Manchin said.

Proactive management of forests can reduce wildfires and increase carbon sequestration, he said. Manchin said there are 81 million acres nationally that need reforestation through tree planting.

That theme played out in the Senate Ag hearing as well. Joe Fox, the state forester for Arkansas and president of the National Association of State Foresters, said forest growth rates slow as timber gets older. Trees become more susceptible to diseases and wildfires as well.

"One way to keep the forests growing faster and more vibrant is to harvest timber in it, whether it's public land or private," Fox said. He added, "That's part of the forest-management story. We must manage to keep our forests resilient, and to keep them resilient, they need new stocking coming on."

EPA earlier this week released its accounting of U.S. emissions and carbon sinks from 1990 to 2019. Forests sequestered about 675.5 million metric tons (mmt) of carbon dioxide equivalent in 2019, which offsets about 10% of U.S. overall emissions. Still, forests are sequestering about 110 mmt below 1990 levels, mainly because of forest conversion to cropland and higher emissions because of forest fires.

USDA also released a report about its strategy to increase climate-smart practices for both agriculture and forests in which it pointed to the need to develop a strategy for forest fires going forward. USDA's report stated the U.S. Forest Service cannot thin out its forests fast enough to manage the forest-fire risks. USDA thinned out more than 2.65 million acres of forests in 2020, but that is not keeping up with the scale and scope of wildfires. The amount of vegetation thinned out of forests must scale up by to two to four times the volume of acres currently treated to leave less fuel for fires when they begin. Right now, the volume of dead wood and other vegetation that is being removed is not enough to deal with the scope of the wildfire problem.

USDA pointed out that 10 million acres of federal, state, tribal and private land burned in 2020, with nearly 4.8 million acres on lands overseen by the U.S. Forest Service at USDA -- the most acres burned since 1910. The risk for fires is already high this year because such a large chunk of the Western U.S. is already in extreme or exceptional drought, according to the U.S. Drought Monitor.

The report cited that removing vegetation from forests under Forest Service management must increase by an additional 20 million acres over the next two decades, and another 30 million acres of federal, state, tribal and private land needs a higher volume of vegetation removal to deal with forest fires. USDA also advocated for more prescribed fires across the country.

After wildfires, the rate of reforestation through tree replanting also needs to accelerate. USDA stated replanting in forests that are productive but understocked could potentially increase carbon sequestration in forests by 20%.

The group American Forests pointed out that senators from both parties in each of the hearings highlighted the importance forests play in dealing with climate change but also providing jobs, maintaining economic development in communities, protecting wildlife and other benefits such as helping purify water. But there is a lack of investment in forest conservation, management and regrowth. American Forests called on lawmakers to pass the Repairing Existing Public Land by Adding Necessary Trees (REPLANT) Act to help USDA's Forest Service address a management backlog and plant 1.2 billion trees over the next decade.

During the Senate Agriculture hearing, Sen. Mike Braun, R-Ind., a tree farmer since the late 1980s, also said there is a lot of interest among foresters to sequester more carbon -- potentially for a carbon credit payment. That also could in turn lead to greater interest in healthy forest management. Braun also noted the challenges foresters face with an array of pests, many of them invasive, that have expanded around the country.

"The emerald ash borer, which came from China -- probably on pallets -- has taken out nearly every ash tree in this country, comprised 8% of all hard woods," Braun said. "That's devastated whatever management you had in place and probably your ability to sequester carbon."

USDA's climate report released Thursday -- meant to spotlight its action plan for climate change -- also detailed several strategies by the department to expand climate-smart farming practices. USDA will focus on quantifying, tracking and reporting the scientific evidence on farm practices that lower greenhouse gas emissions. USDA will develop more tools to help track emission reductions but also focus on keeping those tools "simple and flexible enough to cover the broad range of context in which they will be applied" to make it easier for farmers and landowners to track progress.

While the Growing Climate Solutions Act has yet to pass Congress, USDA will focus support on helping farmers, ranchers and landowners increase participation in carbon credit programs. The bill would give USDA support to provide technical assistance and certify standards for private carbon markets.

USDA's report on Thursday did not mention using the Commodity Credit Corp. to fund a new carbon bank. Republicans in Congress have opposed USDA tapping the CCC fund to create a program to pay farmers for carbon sequestration.

Yet, without mentioning the CCC, USDA does note that the department should provide options in its programs to recognize early adopters for their early work using climate-smart practices in their operations. The report also points to the need to ensure USDA programs enroll socially disadvantaged farmers and reduce emissions to help improve the health of minority communities.

USDA also will set goals and benchmarks to encourage adoption of practices that reduce emissions. That data will be used when EPA updates its emission inventory and carbon sinks to accurately reflect the benefits of those climate-smart practices.

Conservation programs such as the Environmental Quality Incentives Program (EQIP) and the Conservation Stewardship Program (CSP) should be strengthened and also emphasize climate risks and adaptation strategies. Another program that could see greater incentives for landowners is the Agricultural Conservation Enhancement Program (ACEP), which helps protect or restore wetlands and grasslands.

Sen. Debbie Stabenow, D-Mich., chair of the Senate Agriculture Committee, also told a group Thursday that she wants to boost funding for USDA's conservation programs to help increase climate-smart practices. A $4 billion proposal by the Biden administration is not enough, Stabenow said.

"I'm pushing for $50 billion dollars more for USDA traditional conservation programs, because the White House's proposal isn't anywhere near enough," Stabenow said. "We have a once-in-a-decade opportunity to expand these programs and build farm bill baseline at the same time."

USDA already has started increasing payment incentives in the Conservation Reserve Program (CRP) as the department looks to add 4 million acres to the program. A new incentive for climate-smart practices is be tested to increase enrollment and demonstrate a "proof of concept" to increase sequestration and reduce emissions, USDA stated.

The Biden administration has put a major emphasis on electric vehicles, but USDA also stated its support for biofuels to lower emissions and the need to expand opportunities such as California's low-carbon fuel standard and the 45Q tax credit for carbon sequestration to "further drive down the GHG footprint in the biofuels sector."

USDA also touched on technology needs, including in areas of research. Members of Congress have also advocated for programs that would help farmers offset some technology costs.

Earlier this week, Rep. Ashley Hinson, R-Iowa, talked about her bill, the PRECISE Act, which would allow USDA to use EQIP and CSP to fund precision agriculture technology for farmers. Hinson said precision technology can improve yields and lower inputs and emissions, but the technology can be extremely expensive, "making it out of reach for many of our family farmers in Iowa." 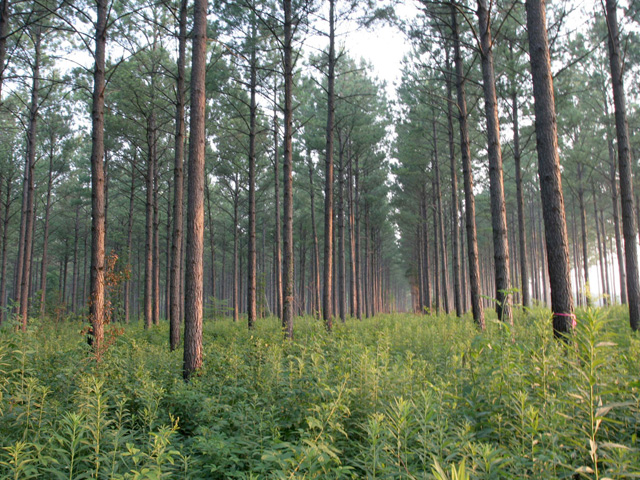