OMAHA (DTN) -- In what would be one of the biggest funding packages ever for national parks, forests and other federal lands, Congress is expected to pass legislation this week to deal with maintenance problems at national parks but also permanently fund a program that could lead to more federal land purchases.

The House of Representatives on Wednesday will vote on the Great American Outdoors Act, a bill that would deal with the backlog of maintenance on national lands, but also provide permanent funding to expand national parks and forests. President Donald Trump has said he would sign the bill, even tweeting to praise Republican Sens. Cory Gardner of Colorado and Steve Daines of Montana when the Senate voted 73-25 in mid-June to pass the bill.

The bill would also ensure $900 million each year would go to the Land and Water Conservation Fund, which already receives $900 million annually from federal fees for offshore oil and gas drilling. Congress, though, in the past has been unwilling to spend the full share of the fund. The legislation would mandate it. That money also could be used to buy land.

The LWCF is one of the primary funding sources for the federal government to buy land for the National Park Service, the Forest Service, the Fish and Wildlife Service and the Bureau of Land Management. Since 1965, about 60% of the spending for the LWCF, $11.4 billion out of $18.9 billion, went to acquire land, the Congressional Research Service cited last year.

That's one of the main rubs against the bill. The editorial board of the Wall Street Journal criticized Republican support of the legislation in an editorial July 10.

"Some Republicans like that the fund improves local and state recreation areas. Others claim the federal purchase of private land helps agencies maintain existing parks and forests," the WSJ editorial stated. "Fair enough, but then approve it each year instead of putting more federal spending on automatic. Congress's job is to review the programs it creates, not outsource judgments to bureaucrats working with special interests."

Raising some complaints about the bill, 20 House Republicans signed a letter in June wanting an open rule for floor debate on the bill, arguing that it puts the Land and Water Conservation Fund "on autopilot for generations to come." Pointing to Western states that already have much of their land owned by the federal government, the lawmakers object to the bill. "Putting this massive federal program on auto, outside of congressional oversight, does not make fiscal or regulatory sense," the congressmen stated.

Also among the detractors of the bill are the National Cattlemen's Beef Association and the Public Lands Council. The groups are questioning establishing mandatory funding for park renovations and maintenance, as well as setting up mandatory funds that will be used to buy more public land.

Glover argued that buying more federal land with one fund would then put those new lands on a maintenance list that already has billions in backlogs. "You're sentencing those lands to a future of undone maintenance, which was like we talked about, the front end of the bill tries to address it. So it doesn't make sense to package them this way," Glover said.

The American Farm Bureau Federation makes a similar case, raising concerns that further federal ownership of land would erode the tax base and the ability of local governments to provide critical services.

"We believe any federal land acquisitions should be subject to approval of the relevant state and county governments and that any sort of planning and/or advisory committees formed for federal land expansion should include landowners and agricultural stakeholders," said Ryan Yates, managing director of public policy for AFBF, in an email to DTN.

Backers of the bill counter that the LWCF was always meant to receive more funding money, but Congress has varied the discretionary appropriations for the LWCF for more than five decades.

The bill has also drawn strong support from areas where federal parks and forests are located. The funds could help support tens of thousands of jobs and spur even more outdoor recreation.

Carolyn Ward, CEO of the Blue Ridge Parkway Foundation between Shenandoah National Park and Great Smoky Mounts National Park, wrote in an op-ed in the Roanoke (Virginia) Times that the parkway alone has more than $500 million in maintenance needs for the parks up and down the Virginia-North Carolina-Tennessee corridor. Ward described the Great American Outdoors Act as "the most significant legacy for our parks and public lands in a generation." 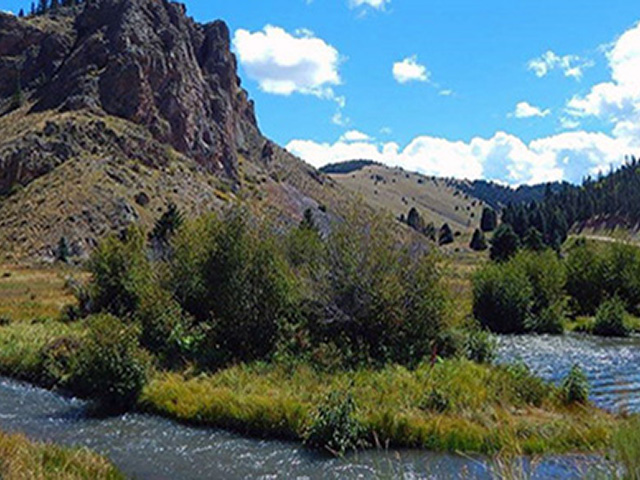