OMAHA (DTN) -- Looking to right the ship with Midwest farmers, the Trump administration on Friday released its long-awaited proposal to restore the Renewable Fuel Standard and reallocate billions of gallons of biofuels granted in waivers to the petroleum industry.

The Environmental Protection Agency will propose rules to ensure that more than 15 billion gallons of ethanol is blended in 2020 and require higher volumes of biodiesel to be blended as well. EPA noted, "This will include accounting for relief expected to be provided for small refineries."

The proposals will go through a rule-making process that includes seeking public comments.

EPA drew scorn in August after the agency announced 31 small refiners had been granted exemptions from the RFS, accounting for 1.4 billion gallons of lost demand for ethanol and biodiesel. That led to negotiations at the White House involving EPA, USDA and key senators to reach a deal.

Under the new proposal, EPA will account for small-refinery exemptions starting in 2020 with a three-year rolling average of volumes waived. The proposal will not account for prior-year waivers already granted to small refiners, an EPA official announced on a call Friday.

Along with ensuring 15 billion gallons of conventional ethanol, EPA will also start a rulemaking process to streamline labeling and remove other barriers for the sale of E15 nationally. USDA also will work to provide more infrastructure for biofuels, such as increasing blender pumps at retail outlets.

EPA stated the agency will also work to provide more transparency for Renewable Identification Numbers (RINs), the credits used by the petroleum industry to provide compliance with the RFS. Those RIN prices have fallen dramatically over the past two years and dropped precipitously after EPA announced its latest small-refinery waivers.

Kevin Ross, an Iowa farmer and president of the National Corn Growers Association, said NCGA was grateful for President Trump listening to corn farmers' concerns. Ross had specifically talked to Trump about the small-refinery exemptions when the president spoke at an Iowa ethanol plant in June.

"Corn farmers weren't shy in telling the president that the impact of these waivers would lead to significant consequences for farmers, folks working at ethanol and biodiesel plants, and the countless other rural jobs that depend on this market," Ross said.

Monte Shaw, executive director of the Iowa Renewable Fuels Association, said the most important aspect of EPA's proposal is that it will restore the RFS volumes by factoring in small-refinery exemptions into the annual volume blends.

Shaw said the proposal amounts to "a tourniquet to stop the bleeding" of demand volumes that have hurt the biofuels industry and caused both ethanol and biodiesel plants to close, idle or reduce production.

As of the end of September, at least 18 ethanol plants had idled production with many more cutting back. The biodiesel industry has seen nine plants close, and others cut production, as well.

In praising the announcement, Geoff Cooper, president and CEO of the Renewable Fuels Association, said Friday's announcement "marks the beginning -- not the end -- of an EPA regulatory process and much work needs to be done."

Along with the praise from the biofuels industry and farm groups, the American Petroleum Institute criticized the plan.

"The administration's decision to raise the ethanol mandate is a rushed and arbitrary action that puts American drivers at risk with little, if any, benefit to farmers," the group stated.

U.S. Sen. Charles Grassley, R-Iowa, told reporters Friday that the proposal outlined by the president and EPA is exactly the way the RFS was meant to function.

"It sets us on a plan to blend more ethanol."

He added that the plan was basically agreed to at a meeting Sept. 12 at the White House, but finally detailed on paper by EPA.

"These are promises made and promises kept by President Trump," Grassley said. "President Trump has made it clear he is an ally of corn and soybean farmers, as well as ethanol and biodiesel producers."

Countering Grassley was fellow Republican, Sen. John Barrasso, R-Wyo., chairman of the Senate Environment and Public Works Committee, who said any plan to transfer small-refinery obligations to other refiners "will do more harm than good."

"No one should be surprised if it leads to closed refineries, lost jobs, and higher fuel prices," Barrasso said. "Refineries -- both large and small -- employ millions of Americans nationwide. In my home state of Wyoming alone, refineries employ thousands. This proposal risks mass layoffs and higher gasoline and diesel prices. It's not a winning strategy for American workers or our nation's economy."

On a press call Friday, EPA officials were asked why farmers should believe the agency will live up to the RFS levels set by Congress. An EPA official stated the agency is accepting comments on its proposal and will blend 15 billion gallons in 2020. 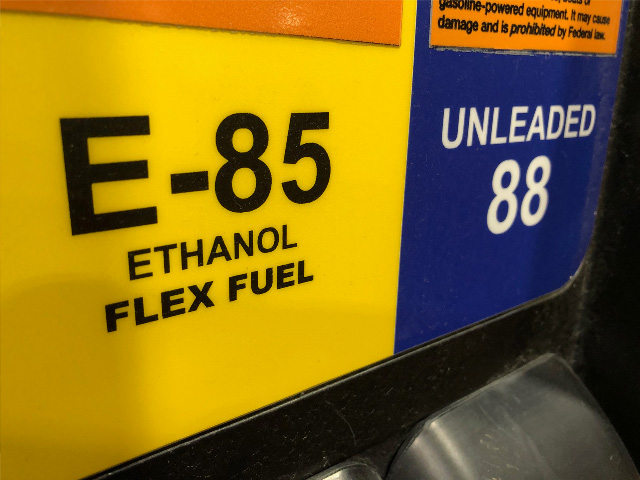