Agricultural groups, along with other businesses, have been clamoring for Congress to prevent a rail strike, which was set to happen as early as Dec. 9. The urgency was ramped up earlier this week when President Joe Biden called on Congress to act.

The House on Wednesday debated two resolutions, one of which included the details of the Presidential Emergency Board (PEB) agreement that eight of 12 rail unions voted to support. That resolution, House Resolution 100, overwhelmingly passed the House 290-137.

Along with that, to get backing from Democrats, House leaders late Tuesday also added a separate bill, House Resolution 119, that would give railroad workers seven days of paid sick leave. At least some liberal Democrats were refusing to support the PEB bill without a vote on paid sick leave as well. That bill passed 221-207 with three Republicans joining every Democrat to back the bill. That provision likely faces a bigger challenge passing the Senate.

Agricultural groups quickly came out with praise for lawmakers voting to block the strike.

Chuck Conner, president of the National Council of Farmer Cooperatives, praised the House for the vote on the agreement reached by negotiators in September. He also urged the Senate to act quickly as well.

A labor dispute that disrupts the rail system would have dramatic impacts across the agri-food value chain, from farmers in the fields to consumers here in the U.S. and around the world. We urge to Senate to act on this bill immediately so that it can be signed into law by the president well in advance of the strike deadline on December 9."

The North American Millers Association (NAMA) said the industry relies on rail for its grain as well.

Even a short-term strike would have an enormous negative impact, leading to supply shortages and higher prices on household staples for consumers," said Jane DeMarchi, NAMA's president. "NAMA thanks the Biden administration and House representatives for moving to avoid a shutdown and urges the Senate to act swiftly."

"Farmers and ranchers have faced unprecedented uncertainty in the last few years," said Rob Larew, president of NFU. "Further disruptions in an already fragile system would be another hard blow to family farmers. We urge Congress to take swift action to keep our rail lines running."

During floor debate Wednesday, Republicans pushed to reflect that their vote was a failure by the Biden administration to reach a deal. Democrats criticized the major railroads for refusing to negotiate on paid sick leave.

Rep Sam Graves, R-Mo., ranking member of the House Transportation and Infrastructure Committee, said the House vote reflected a "failure of the Biden administration," while pointing out the president had celebrated the negotiations to end the risk of a rail strike back in September. Still, Graves said he had no choice but to vote to prevent a rail strike. "A freight rale strike, it would devastate the supply chain and it would literally shut down the country again," Graves said.

Graves talked about the risks to farmers if railroads would start shutting down shipments of certain chemicals.

Democrats blamed the railroads, pointing to their profitability right now, and moves to scale back their number of employees. Rep. Sheila Jackson Lee, D-Texas, said she "is standing with the unions" pointing to the revenue major rail lines were generating and their ownership by Wall Street.

"How indecent is it they would not provide sick days in the most dangerous professions," Jackson Lee said.

The Kansas City Star on Wednesday reported on the frustration of some rail workers who remain angry over the lack of paid sick leave. Unions called worker attendance policies "punitive" and risked pushing workers until they were "dangerously fatigued."

"It's not acceptable that anybody in this country should have one day off a month," said Nathan Jamerson, a BNSF yard conductor in Kansas City, Mo., told the Star. "We have guys who work on call 24 hours a day, seven days a well. A lot of other folks in this country have two days off a week."

"4 Unions Vote Not to Ratify Rail Contract: Now What Happens?" 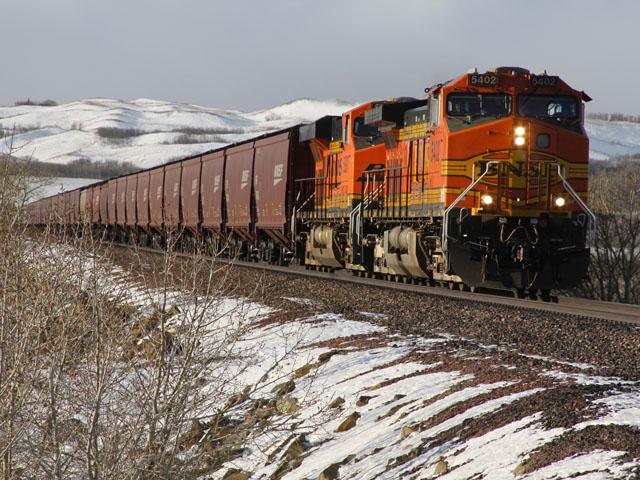