The final votes on the rail tentative national agreement are in and there are now four rail-worker unions that have voted not to ratify.

On Nov. 21, the remaining two unions published the results of their members' votes. Members of the Brotherhood of Locomotive Engineers and Trainmen (BLET) voted to ratify national rail agreement with the nation's Class I railroads; operating craft (Train & Engine service) members of the Transportation Division of the International Association of Sheet Metal, Air, Rail and Transportation Workers have voted to reject it, while non-operating craft members (Yardmasters) have voted to ratify their national agreement, noted a joint statement by the BLET and SMART-TD unions.

The Brotherhood of Maintenance of Way Employes Division (BMWED) membership, the Brotherhood of Railroad Signalmen (BRS) and the International Brotherhood of Boilermakers (IBB) previously voted not to ratify. As of Nov. 21, membership voting results at SMART-TD, which holds two separate contracts, were split.

So, what happens next?

If no agreement is reached by Dec. 8, rail workers could strike at 12:01 a.m. on Dec. 9, or the railroads could lock workers out. There are two unions whose cooling off period ends Dec. 4, but it is likely they will push that ahead to Dec. 8 now. If they do not, that would push the strike date up for all the unions.

If a strike occurs, Congress could force the unions back to work and also force them to take the tentative agreement proposed by President Biden's Presidential Emergency Board (PEB) on Aug. 16. Congress has enacted legislation in prior disputes, requiring the parties to a railroad labor dispute to submit to another emergency board or to accept a board's recommendations.

The current negotiations began in November 2019 between a coalition of labor unions and several railroads. After more than two years of bargaining, the unions requested the assistance of the National Mediation Board (NMB) in January 2022. On June 17, the NMB announced that both sides would exit mediation without a new contract in place.

Enter the PEB. While a tentative agreement was put in place on Aug. 16 and then presented to the rail unions on Sept. 15 to put before their members for a vote, there are some key issues missing.

One major issue is the lack of paid sick days offered. Union workers are specifically referring to paid sick days that workers need when they wake up with flu symptoms, a migraine or have a sick child at home to care for, noted National Public Radio who spoke to a rail worker.

"We carried a railroad on our backs through a pandemic," roadway mechanic Reece Murtagh told NPR. He was on a team repairing rail in the Berkshires in the spring of 2020 when everything around them was closed. "We were surviving off Gatorade and peanuts. Everyone in the team got COVID. We never skipped a beat."

The unions had requested 15 paid sick days, up from zero. The PEB responded by recommending just one additional personal day, saying, "Disputes over [attendance policy] issues, however, are best resolved in the grievance and arbitration process, not by an overly broad and very costly proposal that would create 15 paid days a year that, while nominally labeled as sick leave days, would be structured to be used on demand as a means of permitting employees to better balance work-life needs and would effectively be personal days that could not be denied for any reason by the carriers."

Association of American Railroads (AAR) President and CEO Ian Jefferies said on their website, "Rarely in modern history has the U.S. freight rail industry been such a focus of national attention. Thankfully, there are some foundational truths that observers should note, namely that railroad jobs are among the most critical in the country -- and are justly compensated accordingly. Ratification of new contracts molded by the Biden administration, and endorsed by labor leaders at the bargaining table, will only improve the quality and benefits of railroading."

Jefferies added, "Railroads stand ready to reach new deals based upon the PEB framework with our remaining unions, but the window continues to narrow as deadlines rapidly approach. Let's be clear, if the remaining unions do not accept an agreement, Congress should be prepared to act and avoid a disastrous $2 billion a day hit to our economy."

Railroads are governed by the Railway Labor Act (RLA), enacted in 1926, amended in 1934 and 1936, a federal statute designed to bring the parties to agreement without disruptions to rail transportation. In the last freight railroad dispute that involved a PEB, the final cooling-off period was extended several times without congressional involvement before a new agreement was reached in April 2012 without a strike or lockout, according to the Congressional Research Service (CRS).

SMART-TD President Jeremy Ferguson said in a statement on Nov. 21, "This can all be settled through negotiations and without a strike. A settlement would be in the best interests of the workers, the railroads, shippers and the American people."

Ferguson added, "The ball is now in the railroads' court; let's see what they do. They can settle this at the bargaining table, but the railroad executives who constantly complain about government interference and regularly bad mouth regulators and Congress now want Congress to do the bargaining for them." 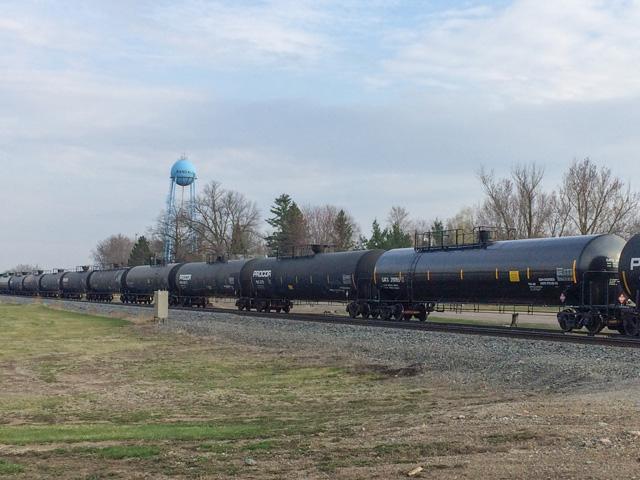