OMAHA (DTN) -- As the U.S. Senate could move toward a possible Saturday vote on a major climate bill, some in agriculture see opportunities in tax credits, renewable energy programs and USDA conservation programs to expand climate-smart agriculture.

The White House has ramped up its messaging over the Inflation Reduction Act. Republicans in the Senate counter with arguments against a "tax and spend" bill that will not translate into lowering inflation. Some in agriculture see potential new biofuel or crop markets and support for farmers in the bill.

The $739 billion Inflation Reduction Act could get its pivotal procedural vote early Saturday afternoon, as Reuters quoted Senate Majority Leader Chuck Schumer, D-N.Y., who said he would bring up the bill for weekend votes. The 50-50 Senate would need every Democrat on board. Reports out of Washington late Thursday indicate Sen. Kyrsten Sinema, D-Ariz. -- an initial holdout -- had agreed to back the bill, clearing a pathway for a weekend vote.

Agriculture is just a slice of the overall bill. While dealing with prescription drugs and other issues, the core spending in the bill, about $369 billion, includes tax credits for renewable energy, electric vehicles and lower emissions. That includes $19 billion for renewable fuels, especially focused on sustainable aviation fuels (SAF).

The American Coalition for Ethanol said its annual conference next week in Omaha will focus on emerging markets, "including opportunities in the sustainable aviation fuel (SAF), hydrogen and heavy-duty transportation sectors -- areas which are supported in the recent budget reconciliation bill, The Inflation Reduction Act."

The bill includes tax incentives for SAF that would benefit companies such as GEVO and others looking at those markets.

When forestry is added, USDA programs would receive about $34.7 billion through 2031, according to the Congressional Budget Office. The bill also has another $14 billion to help spur renewable energy development for rural electric cooperatives.

A group that researches renewable energy, Resources for the Future, issued a report stating the bill's energy provisions would lower electric costs by as much as 6.7% over the next decade, saving households $170 to $220 a year. At the same time, emissions from the electric grid would come down roughly 70%.

The bill includes $20 billion for climate-smart agriculture that would essentially inject more funds into USDA conservation programs such as the Environmental Quality Incentives Program (EQIP), the Regional Conservation Partnership Program (RCPP) and the Conservation Stewardship Program (CSP). Each would get funds to provide incentives for farmers to adopt practices that lower emissions and sequester carbon in the soil.

Ernie Shea, president of Solutions From the Land, has spent much of the past several years working with farmers in different states on climate-smart agricultural strategies. He was working with a group of farmers in Indiana on Tuesday and in Florida on Wednesday.

"So, everybody's got a slightly different approach," Shea said. "In Florida, they are very centered on redefining the role of agriculture as a sector that produces commodities, but also provides ecosystem services."

Solutions From the Land states the bill would help conservation programs that are heavily oversubscribed with as many as three applications for every one approved. The funds would reduce methane and nitrous oxide emissions from agriculture and boost soil carbon sequestration, Shea noted.

"We've been using the real face of climate change negatively affecting ag as a core problem," Shea said. "So, agriculture is on the front lines, and we need help adapting and improving resiliency. The good-news story is when we put those systems in place that help intensify production in a sustainable way and improve resilience, you have these benefits that go along with it, typically reducing greenhouse gas emissions from soil carbon sequestration or biofuel production."

Shea noted Solutions From the Land has been highlighting droughts, wildfires and erratic, intense rainfalls that have been increasingly plaguing farmers and rural America.

"So, we've been pointing out if the country is serious about acting on climate change, they need to not forget about the agriculture sector and how it is impacted, and how the right policies and programs and markets can be a pretty powerful solution and path forward," Shea said.

Oliver Peoples, president and CEO of Yield10 Bioscience Inc., told DTN his company also sees opportunity in the bill for the company's development of camelina, an oilseed crop. Yield10 has been developing camelina as a potential winter cover crop that could then be harvested for the oilseed and meal protein.

"That really ties into the whole sustainability of cover cropping -- a cash crop that ties into a way to get farmers to plant cover crops," Peoples said.

Camelina also could dovetail into the growing demand for vegetable oil as both renewable diesel expands and sustainable aviation fuels take off, People said. "So that's really exciting for us," he said.

Pointing to the climate-smart programs in the bill, Peoples said farmers and landowners can't take land out of production to sequester carbon, especially with more demand for vegetable oil and protein. Peoples said Yield10 wants to commercialize camelina in the Northern Plains but also eventually integrate the crop into the Corn Belt. Provisions in the bill could help spark that growth.

"You've got to have a vibrant farm economy," Peoples said. "You get into essentially looking at how can we get more out that land in a way that's more sustainable, and that's where cover crops come in. So, we find this like multiple tailwinds that could really advance commercial camelina production."

On a virtual event Thursday, President Joe Biden urged Congress to pass the bill, saying it would drive "stronger, sustained economic growth in the years ahead." Then, CEOs of companies such as Cummins and General Motors, along with leaders of the AFL-CIO and United Auto Workers, plugged provisions of the bill.

"Despite what some folks are saying, the Inflation Reduction Act makes sure that no one earning less than $400,000 a year will pay a penny more in federal taxes," Biden said.

Republican senators have been pulling all their levers to kill the bill. Sen. Deb Fischer, R-Neb., on the Senate floor Thursday, criticized the Biden administration's economic policies, pointing to two consecutive months of negative economic growth and 9.1% inflation, among other complaints.

"In the face of all this hardship, we need real solutions -- not more of the same backwards spending policies," Fischer said. She added, "And the facts are, massive tax hikes and billions of dollars in reckless government spending is the last thing our country needs right now. So why are we even debating such a terrible bill?"

Sen. John Thune, R-S.D., told Fox News on Thursday the bill has problems just to get a majority of Democrats needed to pass a reconciliation bill. "With 40-year-high inflation and the economy in recession, the last thing you want to do is raise taxes and increase spending," Thune said, pointing out the bill, despite its name, would have a negligible effect on inflation.

Sen. Mike Crapo, R-Idaho, ranking member of the Senate Finance Committee, led Republicans on the committee in a press conference criticizing the bill, saying it "will slam manufacturers" with numbers showing nearly 50% of the companies hit with the 15% minimum tax would be manufacturing companies. Those tax burdens on manufacturers would end up hitting individual families, he said. Crapo said average Americans would see tax increases passed on to them from corporations.

"That burden comes because the incidence of the corporate tax is passed on to workers; to capital, or those who own the stock, people trying to invest in their retirement in a pension plan or 401K; and in price increases in the economy," he said.

The White House has released a series of statements from people, groups and businesses backing the bill. Biden pointed to "130 economists, as well as former Treasury secretaries," who support it.

Jennifer Rumsey, president and CEO of the diesel-engine manufacturer Cummins, touted tax credits for carbon reduction, including renewable natural gas, and a tax credit for large trucks to lower emissions as well.

"Many of those market-based incentives we think are needed are in the Inflation Reduction Act," Rumsey said.

Mary Barra, CEO of General Motors, also said the bill would drive more investments in U.S. manufacturing. Barra said "some of the goals (in the bill) cannot be achieved overnight, but she noted her company has more electric vehicle plants coming online.

"It is happening. We are at this critical juncture right now," Barra said, adding, "This is going to deliver fundamental economic change across America."

Liz Shuler, president of the AFL-CIO, said Thursday a 15% tax on 150 of the largest, most profitable companies "is not going to harm manufacturing investment in the U.S." 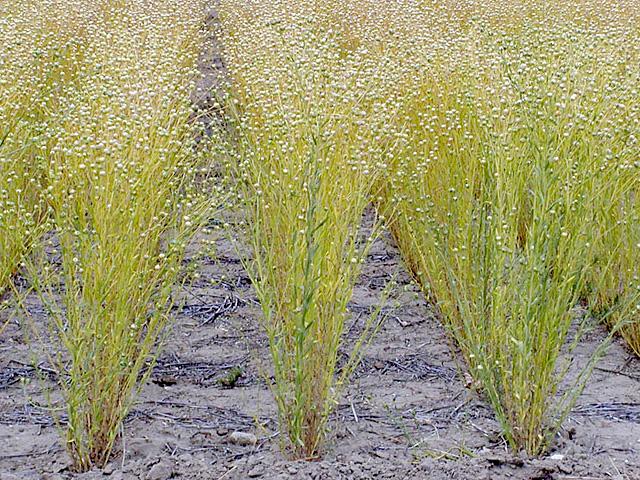